NCLB Opinion: As Congress Shifts Power to States, Time to Realize the Fight for Better Schools Is Now Up To Us 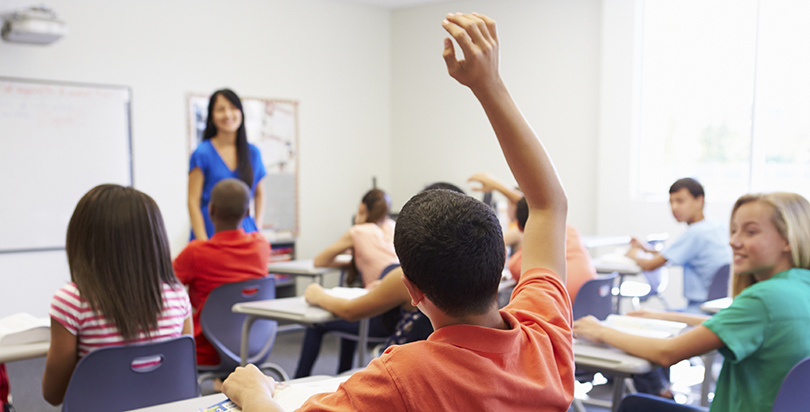 As it stands now, the Every Child Achieves Act —  the rewrite of No Child Left Behind set to hit the House of Representatives this week — ushers in a new era of local responsibility for public school accountability. Negotiated with bipartisan support after years of false starts and a long series of political compromises, the new bill punts responsibility away from the Federal government to individual states, leaving them to figure out how — or whether — to do anything about persistently low performing schools.
Unlike No Child Left Behind (NCLB), which set clear performance benchmarks and consequences, Every Child Achieves abandons the strategy baked into the original Elementary and Secondary Education Act: provide funding for extra spending on disadvantaged students but also put pressure on the states to drive results. As was the case before ESEA passed in 1965, left to their own devices, states are likely to pass the accountability buck to districts, who will in turn pass the buck to schools.
One can only hope that in the next two weeks, spines will stiffen on the Hill and we’ll see at least some commitment to stepping in when states fail to act — at the very least, a clear requirement that the lowest performing 5% of schools be replaced with proven high performing school models. Or maybe we’ll see some creative new proposals to tie federal school improvement dollars to outcomes.
But I wouldn’t put money on it. The political realities just don’t support it. There is a left-right coalition against accountability, common core standards, and testing. A very tenuous bi-partisan coalition has scraped together a compromise bill that their parties will not entirely hate – maintain the stream of federal funding, which appeases some Democrats but eliminate accountability, which many Republicans have opposed. This is a very different reality than when a broad-based coalition of moderate members built a common framework for NCLB and then brought their caucuses on board.
So is all lost on accountability? I don’t think so. In truth, not much will change in states where strong accountability systems have been put in place but never used. The feds never had any real power to force state education agencies to act, and everyone outside the Beltway knew it. The main value of NCLB was in giving cover to the handful of states that had the politics and leadership to support action and empowered advocates with data. States like Delaware, Louisiana, Massachusetts, and Tennessee, have made real progress by taking responsibility for performance and creating new options for kids who are not learning in the current schools. Those states designed strong accountability systems (some with a strong boost from the feds) and used them thanks to strong leadership from their business communities, philanthropies, and local advocacy groups.
While an aggressive federal role in education gave some states political cover to move forward on school accountability, in other states, like Washington, abstract but unrealized threats of high-stakes testing and test-based accountability for teachers simply became a common and persistent threat for parents and teachers to rally around. Seattle helped spawn the national anti-testing movement and Washington became the first state to lose its NCLB waiver because of a refusal to tie teacher evaluations to standardized tests.
The new ECAA at least requires that states test students annually and report results. We’ll soon find out whether federal threats to withhold funds will be enough to preserve testing and transparency in states whose politics have turned against accountability.
But with the partisan fight behind us and a new bill before us, it’s time for pundits to stop romanticizing the past and instead focus their efforts on figuring out just what will effectively compel districts and states to improve or replace their schools now that federal intervention is off the table.
Can policy analysts offer states more nuanced and effective playbooks on accountability?
Can states more effectively deregulate local districts and and then hold them accountable for results?
Can we find new ways to unleash innovation and invest more in research and development to empower entrepreneurial teachers and principals?
Will districts take advantage of promising new provisions in the bill like the weighted student funding pilot?
Can we more effectively get data into the hands of local and state advocates and parents and encourage them to demand accountability from the bottom up through more choice and parent information?
Federal support for accountability has had real benefits, but also costs – and the new bill abandons the former in order to minimize the latter. A retreat from accountability is unacceptable if we care about creating opportunity and equity for American students. It’s now up to all of us to find ways to get states and localities to take their responsibilities seriously even after Uncle Sam’s heavy hand has been dramatically lightened.
Submit a Letter to the Editor
December 1, 2015