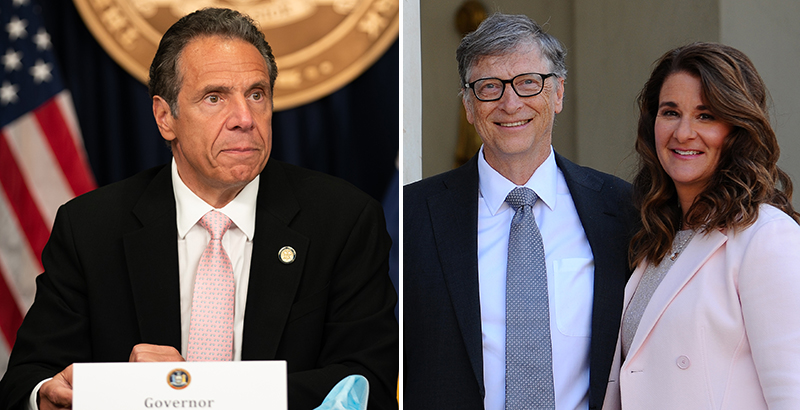 For Ken Slentz, Gov. Andrew Cuomo’s announcement in early May that New York was partnering with the Bill & Melinda Gates Foundation to “reimagine education” was déjà vu all over again.

From 2011 to 2014, Slentz served as New York’s deputy commissioner for PK-12 Education, making him the point person for controversial Gates-funded work around the Common Core standards, teacher evaluation, and a data-sharing program that shut down following criticism that it was disconnected from teachers’ realities and parents’ concerns.

Now, as some advocacy organizations said they were “appalled” by Cuomo’s announcement, Slentz said he is “hoping against hope” that educators will be patient and not “come out of the gate opposed.”

Like almost everything these days, there are more questions than answers about the partnership. The scope and duration are unclear, as is the extent of involvement from the Gates Foundation. In the absence of details, some people are looking to the foundation’s past work in New York state for clues, and — between a $51 million grant in 2003 to develop small high schools to a $50,000 grant in 2020 to support students with disabilities during distance learning and tens of millions of dollars in other contributions in between — there are many.

The Cuomo administration, the Gates Foundation, and Jim Malatras, a former Cuomo aide who is chairing the governor-appointed committee leading the effort, declined to comment for this story. But multiple interviews, including with a member of the committee, suggest that the alliance between the tech titan and the governor whose star has risen during the pandemic might be less grand than the reimagining-education pronouncement first indicated.

In the original release, Cuomo outlined seven questions about “what education should look like in the future” that the partnership will focus on. Each question mentions “technology” and differs only by which group it refers to leveraging technology for: teachers, students with disabilities, English learners, higher education students, and so on. In a subsequent release, Cuomo said the Gates Foundation will work with the committee to “develop a blueprint to reimagine education in the new normal.”

“I think we now have a moment in history where we can actually incorporate and advance those ideas,” Cuomo said during his May 5 daily briefing about rethinking how classrooms work and technology’s role. “You get moments in history where people say, ‘I’m ready for change.’ I think this is one of those moments.”

But according to Stephanie Conklin, a high school math teacher who is one of two teachers on the 19-member advisory council, the group’s focus so far has been more immediate, more traditional and — with the fresh surge in COVID-19 cases across the country — more urgent.

“Our real task is how do we open safely in the fall, with face-to-face [instruction] as much as possible,” she said.

Conklin, who teaches in Colonie, a suburb of Albany, said she has spent hours talking with groups of teachers from throughout New York state as part of the committee’s work to develop guidance that will support districts with managing back-to-school efforts. The committee meets weekly, Conklin said, but as of late June she had not interacted with any officials from the Gates Foundation, and work on any “blueprint” appeared to be on hold until the reopening plans were released.

The plans’ rollout became enmeshed in bureaucracy. On May 21, Cuomo said safety guidance for school reopening would be released in early June. June passed, and on July 6 Cuomo said the state Department of Health, which he oversees, was working on guidance with the Reimagine Education Advisory Council and “others.” On July 13, Cuomo shared the 23-page “interim guidance.” That same day, the State Education Department, which Cuomo does not control, released “Recovering, Rebuilding, and Renewing: The Spirit of New York’s Schools,” a 145-page guidance document created by its Reopening Schools Task Force.

For its part, the Gates Foundation said in an earlier statement that its role was limited to “recommending education experts who can help advise and inform this work” and “contributing our own insights from years of working with partners in New York state and across the country.”

The foundation’s history in New York is extensive, and much of its giving does not draw headlines. In 2013, for instance, it awarded $12 million to the Literacy Design Collaborative, a nonprofit that makes rigorous writing assignments available to low-income students. Some of its giving has also had a significantly positive effect. The small-high-school movement, for example, which started in 2002 in New York City and which the Gates Foundation initially backed with $51 million, “markedly increased high school graduation rates for large numbers of disadvantaged students of color,” according to research by MDRC.

But the Gates Foundation is better known in the state for its support of the Common Core standards, which Cuomo backed before he “retreated” amid public backlash in 2014, and linking test scores to teacher evaluation, which Cuomo also supported before making a “dramatic shift” amid public backlash in 2015. And then there’s inBloom, a $100 million initiative “primarily funded” by the Gates Foundation to create a centralized, open platform for student data and other educational resources, according to a 2017 paper from the Data & Society Research Institute.

inBloom launched in 2013 with a commitment from nine states, including New York, before shutting down in 2014 amid, yes, public backlash, this time largely about data privacy. inBloom’s demise was primarily caused by its “failure to communicate the benefits of its platform and achieve buy-in from key stakeholders,” the report found.

Monica Bulger, a research affiliate at Data & Society and a co-author of the 2017 report, said the new partnership does not suggest that the Gates Foundation or the state is applying lessons learned from the inBloom debacle and, in her opinion, now is not the time for a new technology-driven initiative.

“We are in an emergency situation, not an opportunity for ed-tech or tech philanthropists to experiment with our kids,” she said. “It might seem like this moment requires moving fast, but actually this is a time where teachers and schools are already rethinking pedagogy to meet student needs. In terms of reimagining, it’s already happening.”

Slentz, the former New York state education official, is skeptical about the mid-pandemic announcement of the new partnership and what it might ultimately lead to, but he’s adopting a more wait-and-see attitude.

“I’m hoping, but also I understand that people will revert to history and have that understandable but unfortunate sentiment, that ‘Here we go again, we’re trying to do that top-down education reform, that they tried that before and that didn’t work’ kind of thing,” he said. “I worry that we’ll be at that point again.”