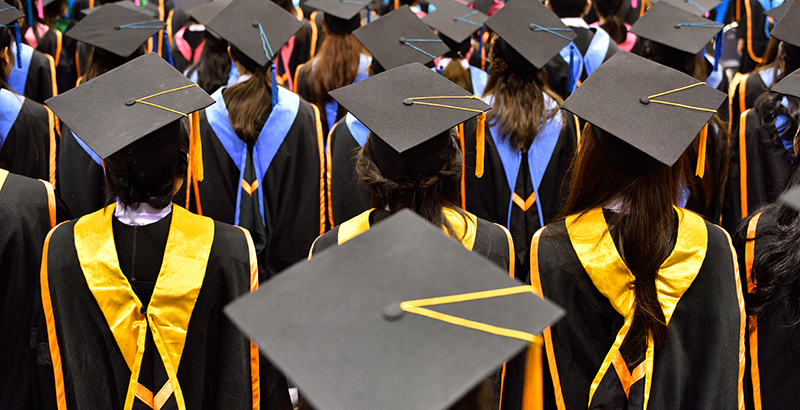 The Bill & Melinda Gates Foundation is launching a new initiative to measure the value of higher education, an effort leaders hope will influence the ongoing federal debate over reauthorizing the Higher Education Act.

“This cannot, and must not, be done like any other report that we’ve heard, that goes right to the shelf and no one uses it,” said Mildred Garcia, co-chair of the new Commission on Value in Postsecondary Education and president of the American Association of State Colleges and Universities. “We intend to produce relevant, actionable information to help people make decisions.”

The goal is for the results to be used by students and families to make decisions about attaining higher education, by college leaders to determine how well their programs are performing, and by policymakers to help gauge the value of public investments, Garcia said on a call with reporters last week.

One of the groups the commission hopes will find the information immediately relevant: Congress, which is in the midst of rewriting the Higher Education Act.

“If we can provide that clear definition about college value,” one that can be measured and that has been created by a diverse group of advocates, “we definitely are hoping it will affect the higher ed reauthorization,” Garcia said.

Specifically, the definition of value the commission comes up with could help Congress make decisions about Pell Grants, the approximately $28 billion the federal government spends annually that helps support low-income students, and federal-state partnerships, which would incentivize states to maintain public investments in higher education in an effort to hold down costs for students.

Time, however, is not on their side. Reauthorization efforts on Capitol Hill have begun in earnest, with Senate education committee leaders reportedly releasing a draft of the bill later this month, but the Gates commission is not scheduled to produce its final report until mid-2020.

“We are going to be working through our value commission in real time, as there are conversations happening on Capitol Hill … To the extent that we can inform those conversations, we certainly will,” said Sue Desmond-Hellmann, CEO of the Gates Foundation and co-chair of the commission.

The 30-member commission will emphasize the economic value of degrees, but it will also look at other factors like the better health outcomes, voting participation and critical thinking skills that correlate with higher ed attendance.

Most people would say they attend postsecondary education to enhance their career opportunities, Cheryl Oldham, vice president of education policy at the U.S. Chamber of Commerce and a member of the commission, told The 74.

The economic measures that reflect better career opportunities are particularly important to the growing number of students who are older adults going back for additional education to boost their job prospects, rather than the traditional 18- to 22-year-old student entering right after high school, she added.

The Gates effort will go further than existing earnings data, such as the federal College Scorecard, which provides average earnings for graduates of every university. Beyond earnings, the value measurement will include things like employment and economic mobility, and how those outcomes vary across race, gender and family income.

Americans are increasingly worried about the value of a higher education, the Foundation said in press materials. It cited polling data that showed that a majority of respondents believe higher ed is going in the wrong direction, with “tuition costs too high” and “students not getting needed skills” as top reasons for that perception.

The economic value of higher education is much like the value of a healthy diet — widely recognized, but unavailable to some groups for reasons like community norms, inaccessibility and competing options, Desmond-Hellman said.

“Our goal is to uncomplicate the connection between higher education and economic opportunity,” she said.