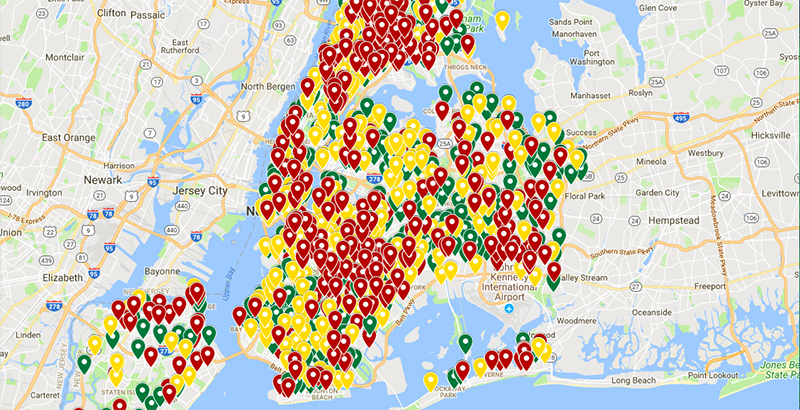 The Manhattan Institute’s Max Eden returns to a critical topic he researched earlier this year — how New York City students and teachers perceive safety in their schools — at a time of heightened concern following a stabbing in a Bronx high school last month that left one student dead and another critically injured.

Eden maintains that safety and security are perhaps the most critical factor for parents in deciding where they want their children to attend school — particularly for those in struggling neighborhoods — and urged other major school districts to follow New York City’s example by conducting school climate surveys and making the results easily accessible to the public.

Eden used survey results to create a unique series of interactive maps earlier this year showing how New York City teachers and students felt about the level of discipline and order in their schools along with fighting, bullying, gang activity, and drug use. Based on some of those results, Eden ranked the schools’ relative safety and allowed readers to compare safety across schools.

In this latest update exclusive to The 74, Eden maps school safety with an eye toward comparing traditional district schools and their closest charter school neighbors.

Eden’s full report comparing district and charter school safety based on the 2016–17 school climate surveys will be released Wednesday.

For elementary schools, the color coding was based on the single question put to teachers about whether order and discipline are maintained in their schools.