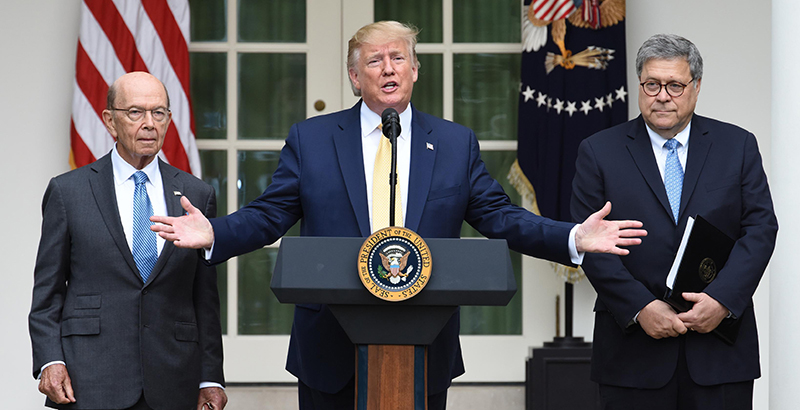 Civil rights and education groups are celebrating after President Donald Trump backed off efforts to add a question about citizenship to next year’s census, a move they warned could have proved dire for funding critical education programs.

“The Administration’s announcement not to pursue a citizenship question on the 2020 census was a consummate victory for those worried about the damaging effects of the question on schools and other institutions. Now the challenge is to ensure that everyone is counted,” Michael Casserly, executive director of the Council of the Great City Schools, said in an email.

Both civil rights groups and the government said asking about citizenship on the census would lead to lower response rates from immigrants and Hispanic residents. Because many federal education grants, such as Title I for low-income students, are apportioned based on the census, undercounting could have left big-city districts like Los Angeles and New York in particular without necessary funding, education groups said in court filings.

Trump announced Thursday that rather than put the question on next year’s census, officials will pull citizenship information from existing government sources, such as the Social Security Administration and the Department of Homeland Security. This effort was already part of Census Bureau efforts, it and can only be used to identify citizenship at the block level, The Washington Post reported.

But even the significantly scaled-back plan made education and civil rights groups wary.

“The KIPP Foundation views the collection of citizenship status as a back-door way to marginalize immigrant families and a measure that can have devastating effects on the allocation of vital government funding, including equitable education funding,” Richard Barth, CEO of the group, said via email Thursday.

Civil rights groups said they’ll continue to watch how the administration uses the data and will work to ensure that everyone responds to the census next year.

“We have grave concerns about the administration’s continued dogged pursuit of citizenship information for what appear to be improper, discriminatory and unconstitutional uses. We will use every tool in our arsenal to police the administration should their executive action violate constitutional or legally-protected rights,” Kristen Clarke, president of the Lawyers’ Committee for Civil Rights Under Law, said in a release.

The decision came exactly two weeks after the Supreme Court ruled that the administration’s stated reason for including the question — to better enforce the Voting Rights Act — was insufficient and “appears to have been contrived.” In the ensuing weeks, the administration first said they would end, then abruptly re-started, legal efforts to add the citizenship question. Trump previously said he was thinking about several options, including an executive order, but Attorney General Bob Barr said it was “rank speculation and nothing more” to suggest that the administration would add the question by “executive fiat” against the court’s orders.

Although the government has ample justification for asking about citizenship and could provide reasons that would satisfy the Supreme Court, Barr said Thursday, the timeline made doing so impossible.

“As a practical matter, the Supreme Court’s decision closed all paths to adding the question to the 2020 census … It was a logistical impediment, not a legal one. We simply cannot complete the litigation in time to carry out the census,” Barr said.