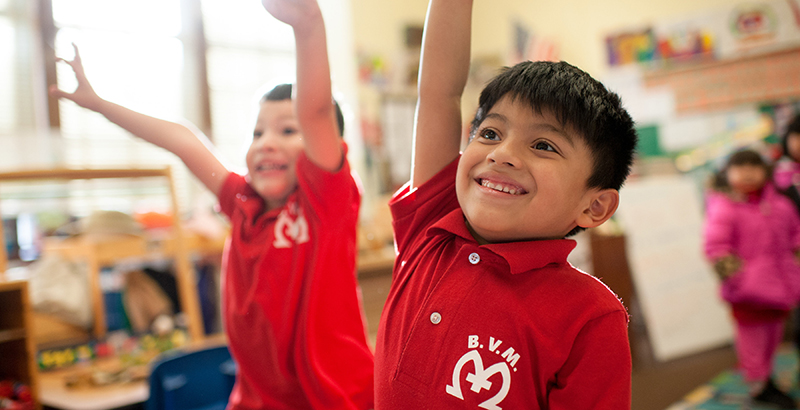 After a rocky rollout this winter, Illinois’s tax credit scholarship program is up and running, with $40 million pledged statewide in just a few months by private donors who will subsidize tuition — in exchange for a generous state tax credit — for thousands of low-income students at private schools starting this fall.

When applications opened up in early 2018, demand from families immediately outpaced dollars pledged. An estimated 62,000 scholarship applications have come in from around the state, according to Myles Mendoza, executive director of Empower Illinois, the largest and perhaps most powerful of the state’s nine Scholarship Granting Organizations, which oversee the program.

Empower Illinois conducted extensive outreach to its community partners ahead of application day, resulting in tens of thousands of parents throughout the state — some who’d taken the day off work — overloading the website as they tried to submit applications at noon on January 31. The site crashed, causing headaches and delays for about 24,000 applicants.

With the issue now fixed, Mendoza pointed to what he calls the “silver lining” — thanks in part to the news coverage of its technology glitch, Empower Illinois fielded even more applications as word got out. To date, it has received 50,000 of the 62,000 applications filed.

“I think we’ve seen schools doing that, across the state and across all types of schools,” he said.

The Archdiocese of Chicago is among them, as seen in the May 7 release of a video with Cardinal Blase J. Cupich and Sister Jean Dolores Schmidt, the 98-year-old chaplain to the Loyola University Chicago Ramblers. Sister Jean became a beloved figure and a media sensation during this year’s NCAA basketball tournament. In the video, the nun and the cardinal tout the tax benefits to donors from the Illinois Invest in Kids Act and its ability to deliver a Catholic education to more high-needs students.

Illinois became the 22nd state to enact tax credit scholarships when it passed the Invest in Kids Act last summer as part of a controversial education funding reform bill. State lawmakers narrowly passed the measure with bipartisan support after House Democrats initially voted against the bill, Education Week reported at the time. Republican Gov. Bruce Rauner signed it into law at the end of August.

The Invest in Kids program is supported by individual and corporate donors who may contribute up to $1.3 million annually to the Scholarship Granting Organizations set up by the state.

The state then gives donors a tax credit of 75 cents for every dollar contributed, up to $1 million per donor. The state can issue a maximum of $75 million in scholarship tax credits per year, for five years.

Illinois, unlike many other states with tax credit programs, requires that participating private schools administer the annual state test to students who are scholarship recipients. The state will later have independent researchers compare the outcomes of scholarship recipients with those of public school students across the state, Education Week reported.

To Test or Not to Test: As Tax Credit Scholarships Expand, Questions About Accountability and Outcomes

Empower Illinois has so far solicited the lion’s share of donations: about $28 million out of the total $40 million pledged throughout the state. So far, the group has granted 1,500 student scholarships, with more to come as it continues reviewing applications, Mendoza said.

The scholarships are granted on a first-come, first-served basis. If all available contributions are pledged, up to the maximum of $100 million, 11,000 to 15,000 children would benefit, Mendoza estimated.

The number of recipients will depend on tuition costs at each school and whether the child is eligible for a full or partial scholarship based on their family income. Families are eligible if their income does not exceed 300 percent of the federal poverty level, or $75,300 for a family of four in 2018–19.

Erica Milton, a single mother who lives in the city of Rockford, Illinois, 90 miles northwest of Chicago, hopes her 6-year-old son Elijah will soon be among the recipients. If so, he’ll switch from his local public school to Alpine Academy of Rockford, one of several Lutheran schools associated with Alpine Lutheran Church, where Milton and her family are members of the congregation.

Milton, 35, said she’d prefer her son to have a faith-based education and to have more personalized attention that a smaller class size could offer, but she lives paycheck to paycheck and cannot afford the tuition with her job as acting assistant manager at the Rockford Department of Motor Vehicles.

Dabson said he is working closely with Empower Illinois to seek donors for the program. Although the school director said enrollment fluctuations in Rockford-area Lutheran schools have leveled out in the past few years, the tax credit scholarship program is seen as an essential part of the recruitment and fundraising strategy for Illinois private schools and Catholic schools in particular, which have experienced declining enrollment and risk closure.

Most applicants are families with children already attending private school, many of whom could not continue to cover tuition costs without a scholarship, Mendoza said. Others are students who want to switch from public to private school, like Milton and her son. Students with disabilities, English language learners, and gifted and talented children are also eligible for the scholarships.

Critics of the program contend that the $75 million in annual tax credits is sorely needed revenue as Illinois grapples with a multibillion-dollar debt crisis. Upon its passage, teachers unions blasted the program, saying it would benefit wealthy donors while redistributing state tax dollars that could otherwise go to public schools. Last year, the Chicago Teachers Union threatened to challenge the bill in court; that hasn’t come to pass. A CTU spokesperson said no legal action is currently underway.

Dan Montgomery, president of the Illinois Federation of Teachers, framed the plan as part of a national Republican-led effort to weaken public education, NPR reported in December 2017, even as donors were preparing to register their contributions the moment the website went live in January.

“Let’s not make any mistake: This is big money,” Montgomery told NPR at the time. “The people who are the big winners here are the wealthy donors, not the children.”

Another detractor is billionaire venture capitalist and heir to the Hyatt hotel fortune J.B. Pritzker, who is fresh off a win in the state’s Democratic primary and will challenge Rauner, the Republican governor, for his seat in November.

Pritzker has accused his opponent of “destabilizing” the Illinois education system with the passage of the tax credits and has vowed to kill the program if he wins, the Chicago Sun-Times reported in April.

In an interview, Mendoza downplayed the early controversy and said the scholarship program is essentially a “grand compromise” that was years in the making; his education advocacy group, One Chance Illinois, led a coalition including police and fire labor unions; faith leaders; and school, business, and nonprofit groups to craft the bill’s language.

Mendoza added that of the $28 million Empower Illinois has raised for scholarships, about 95 percent is from individual donors rather than corporations. (Individual donors may specify which school their money supports; corporations may not.) He declined to identify any of the corporate donors but said his group plans to release the names in the coming weeks.