Dad Talk: Why Parents Shouldn’t Opt Their Kids Out of Standardized Tests (Hint: It’s Not About Your Kid!) 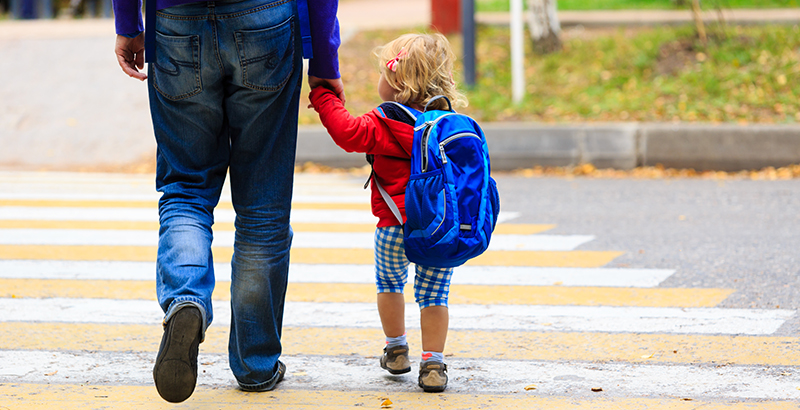 As editor of the education news site The 74, I spend most days thinking about how to translate edu-speak for mainstream readers, about how to entice busy parents to join us for a jog into the weeds of policy, finances, curriculum, standards, equity, and innovation. Few issues have the urgency, stakes, or drama of education, but sometimes the statistics, lexicon, and underpinnings of pedagogy can become all but impenetrable for your average mom and dad.

So imagine my surprise when the other night, a couple of friends without kids were the ones to raise education over dinner.

The cause: the latest update to what’s known as the Nation’s Report Card that had been making headlines all afternoon. Fresh results from the National Assessment of Educational Progress had been released that morning, showing mostly flat reading and math scores across the country, and our newsroom had spent the rest of the day crunching surprising trends (see Kevin Mahnken’s breakdown of which states led this year’s results, marking significant student gains).

As I explained those flat trendlines over dinner, the conversation started to veer toward the issue of testing and how assessments tie to standards and equity — and why some parents opt their children out of tests.

One of my friends said he understood tests within a specific class and subject area, to measure whether a student had fully mastered the material. But why the same tests across all students at a school? Across all schools in a district? Across all districts in the country?

It was those questions that led me to dig into the day’s other shocking discovery in the NAEP results. As Kevin Mahnken noted: “The National Center for Education Statistics noted a troubling trend in scores since two years ago: Even as the status quo held stable for most test takers, scores for the highest-performing eighth-graders (those scoring at the 75th and 90th percentiles) nosed higher, while those for the lowest-performing students (those at the 10th and 25th percentiles) declined in fourth-grade math, eighth-grade math, and fourth-grade reading.” (Read more here)

As I explained to my alarmed friends: The gap between the top and bottom is getting wider. Struggling students are falling even further behind. And the only way we can possibly know that is some form of standardized test, tracking where we are versus where we’ve been.

I was suddenly reminded of Kevin Huffman’s provocative 74 column from a couple of years ago, which addressed testing, the opt-out movement, vaccines, and herd immunity. You can read it right here: “Why We Need to Start Ignoring Opt-Outers Like We Do Anti-Vaxxers.”

You don’t go to get a vaccine because you’re sick, I said, but because you’re signing up to be part of a collective effort to build herd immunity. If we all join hands and do it together, we say, we’ll have some baseline protection against any incoming flu epidemic.

We can draw some loose comparisons between that and how we approach standardized tests. It’s not just about measuring one specific child, but about knowing how the collective is doing.

“Look around us,” I told my friends. “We’re at dinner in a pretty affluent neighborhood in Manhattan. We know many of the schools in this ZIP code are among the best in the city and the country. And so you’ll hear parents here say, ‘My kid tested into this school, we know she’s doing well, why are you wasting their time with more tests?’

“But that’s not what standardized tests are about. It’s not about where your kid stands, but to see if any gap exists between these affluent students and children in other neighborhoods, or other boroughs, or other cities. Because we’ve decided as a society that everyone is entitled to a meaningful education, and that schools should be lifting up every kid, not just those in the most expensive ZIP codes.”

Tests aren’t about your kid; they’re about ensuring a baseline for all kids. About having the information to better understand which kids are not getting the help we have all promised to give them. (Maybe this is why New York City’s new schools chancellor publicly came out against the opt-out movement during his first week on the job.)

The more information we all have about the effectiveness of our public education system, the more proactive measures we can take to ensure it’s benefiting all families, equipping all students to reach higher than their parents, and succeeding in reaching the standards that will close the broader achievement gaps.

The 2018 NAEP scores provided yet another powerful example of how tests help us to understand where today’s kids are at. We now know our struggling students aren’t getting the support they need, and my friends now know that all those headlines about flat scores are lacking some important nuance.

Now the challenge is to convert knowledge into meaningful action.

A good first step, I told my friends, is to talk about it tonight around the dinner table. Then the next time you’re out with friends. Then with your elected leaders — and their challengers in the next election.

Raise awareness. Be the squeaky wheel. Make it an approachable subject — and then an urgent issue — for your neighbors, and then never stop reminding them to vote. Too many elected officials assume parents are confused and detached from this topic, and then decide to focus on other issues instead. If we all tied the ballot box to the test-score trends, America’s education crisis would make the front page of the newspaper a lot more often.