Opinion: Why We Need to Ignore Opt-Outers Like We Do Anti-Vaxxers 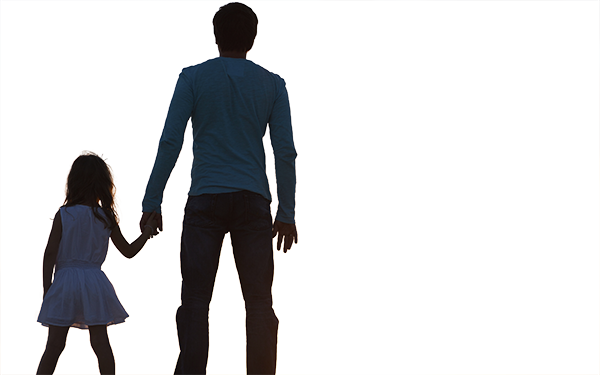 Updated 5 p.m. Tuesday
Tuesday afternoon, as the Senate debated the latest effort to reauthorize the Elementary and Secondary Education Act, Utah Republican Mike Lee offered an amendment to create a federal right for parents to “opt out” of federally required standardized tests. While the proposal went down in flames (the vote was 32-64), the issue could still be revived when the legislation heads to conference committee.
Arizona Republican Matt Salmon, the author of a similar House amendment that passed last week, cited the “constant and onerous testing requirements” of No Child Left Behind as proof that parents should be able to opt out.
And just how onerous are these requirements? Well, this year in Tennessee, where I served as education commissioner, the average student had about four hours of federally mandated tests. That’s correct: four hours out of 180 school days – or 0.3 percent of the school year – were spent finding out objectively whether kids can read and do math on grade level. Congress, for its part, sent around $1 billion of federal funds to K-12 education in Tennessee as part of this general bargain.
The cynical opt-out provision storming Congress this month provides a nice twofer for Congress: it throws a bone to the anti-government far right, while serving as a paean to far left anti-testing activists. It is certain to injure poor and minority students, trampling the rights of the many to protect a few hours of time for the privileged.
Let’s consider the specifics: A limited burden on children; a mandatory program designed to protect the highest-need members of society; an exercise of individual right-of-refusal that ultimately undercuts protections for the broader group; and a movement populated generally with white, college-educated parents. Where have we seen this before?
As populism has soared in both party extremes over the past five years, a bizarre anti-vaccination “movement” took root in wealthy communities across the country. Rich parents in California began skipping vaccines with such shocking regularity that Governor Jerry Brown had to push through aggressive legislation last month limiting exemptions.
California’s anti-vaxxers, clustered in wealthy and educated enclaves are unlikely to see their own children get seriously ill. That’s the beauty of being part of this opt-out group: You can skip the painful shot and the day-long fever, but ultimately still have access to the resources to mop up any mess you help create.
The bigger danger of anti-vaxxers, of course, is how they undercut society’s herd immunity needed to protect the poor, the weak, and the less fortunate.
Here’s how herd immunity works: vaccinating enough community members against diseases greatly reduces the potential of outbreak, ensuring that the weakest members of the group are protected. When a critical mass refuses vaccinations, the herd immunity goes down and diseases are allowed to flourish. Those diseases then disproportionately target the poor and the sick.
The same principle holds in a handful of states where white populists are undercutting education for poor and minority children by opting their own children out of standardized tests.
This past year in New Jersey and New York, the vast majority of the opt-outs happened in white, liberal communities. In New Jersey, almost all the heavy opt-out districts were white and liberal. In New York, the richer the district, the higher the rate of testing opt-outs.
It is interesting to contemplate the reaction of the civil rights community to this anti-testing push. Three-dozen civil rights groups, including the NAACP, National Council of La Raza, the Urban League, the Leadership Conference on Civil and Human Rights and Education Trust, have called on Congress to reinforce testing mandates and accountability. In the absence of required efforts to effectively measure and help improve low-performing schools, the groups say that proposed legislation “fails to fulfill its function as civil rights legislation.”
So we have white, upper-crust populists saying “yes” to opt-outs and the civil rights community saying no. But is it reasonable to compare the opt-out crowd with anti-vaxxers? Is the concept of herd immunity truly applicable here?
I asked Stanford’s Eric Hanushek, a leading expert in economics and education policy, who believes the comparison is fair. “Both lead to ‘externalities’ in economist lingo, because the actions of one person directly affect other people,” Hanushek says via email. “If those opting out are a perfectly random sample of students, the lower testing rates increase the variance of any estimates of scores, thus making it difficult to see whether school A's performance is different from school B. Second, and the larger problem: opting-out probably is not random, leading to biased estimates of the school or of any subgroup in the school. Here the damage of opting out becomes serious because it is difficult to get any good estimate of performance.”
Most parents opting out of tests are probably unaware of the impact on poor children. Generally, these parents have the luxury of owning real estate – public education’s version of tuition – in high-performing school zones where college readiness is taken as a birthright. While opt-out leaders, like the anti-vaccination leaders, have an explicit goal of striking a blow against the system and its alleged corporate overlords, most individual parents are blithely making a personal choice based on their own child’s comfort.
They need to rethink the impact of their actions.
The Leadership Conference on Civil and Human Rights recently sent a letter to senators stating: “When parents ‘opt out’ of tests — even when out of protest for legitimate concerns — they’re not only making a choice for their own child, they’re inadvertently making a choice to undermine efforts to improve schools for every child.”
It’s unfortunate that a growing swath of wealthy opt-out parents is ignoring the impact on their poor and minority neighbors a county over.
It’s appalling, if predictable, that teachers unions are facilitating this injury. It is intolerable that Congress would actually stoop to legislating the harm.
Submit a Letter to the Editor
July 16, 2015

Kevin Huffman served as Tennessee education commissioner from 2011 through 2015. His written work has appeared in U.S. News & World Report and The Washington Post, where he won the Post’s inaugural “America’s Next Great Pundit” competition.