Book Excerpt: School Leader Diane Tavenner on Helping Students to Engage in Class and Teachers Finding That ‘Sweet Spot’ Between Kids Failing to Learn and Learning to Fail 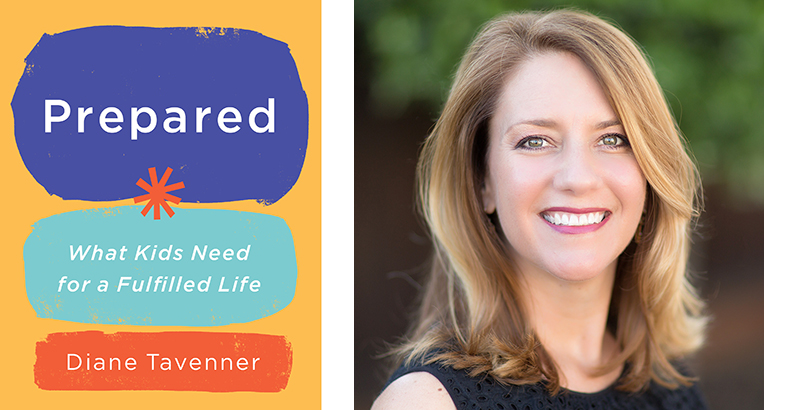 Below is an excerpt from Diane Tavenner’s new book Prepared: What Kids Need for a Fulfilled Life, published by Currency, an imprint of Penguin Random House LLC

Skill development is lumpy and it takes time and practice for kids to set a SMART goal and make a viable plan. During rough spots, and with technology readily available, kids get distracted. They watch a video, play a game, text a friend, or otherwise waste time they should spend learning.

Will was an extreme example of a kid who made bad choices. During his first three weeks at Summit, he didn’t do anything during self-directed learning time. Literally, nothing. He wasn’t disruptive. He sat quietly, computer open, a learning tab open. When anyone walked by he pretended to read, or would bring his hands to the keyboard as if he was typing. In meetings with his mentor he set goals, but with a lot of help, then did nothing to move toward meeting even one of his goals.

Will’s teachers knew this, his mentor knew this, and I knew this. We talked often about what was going on with him and what we should do. We knew from his records that he had been passed from grade to grade by scraping by, and often only after attending summer school. He wasn’t a disruptive presence, but rather had seemed to figure out — at least at his previous schools — how to do the minimum, at the very last moment, and still get swept up with the rest of the class to the next grade level.

I was curious about Will, and started watching him and sitting in on his classes. During one self-directed hour, he called me over. Apparently, I wasn’t a good spy. He was wondering about something. He knew I was “in charge” and he thought I might be able to help him. Unlike in all of his previous school experiences, he wasn’t moving forward. There wasn’t a teacher who was telling him to move on to the next thing, he said, so nothing moved. What did that mean? he wondered.

It was such a profound moment for me, to watch this kid stumble his way through what really was an epiphany.

What Will had realized was that he had to engage, that he had to do something or he wasn’t going to learn anything. Previously he had mistaken the movement of the class for his own movement. As we talked it became clear to me he had no idea what it meant to actually learn something and the role he had to play in order to learn. School had never been about learning to him. It was just about getting through. This wasn’t a magic wand moment, where all of a sudden he began to apply himself and within months became a stellar student. Rather, the next few years involved tons of work from all of us. But it had been a crucial breakthrough and made the work possible.

The more profound breakthrough for me, though, was when I talked about this kid with educators from outside Summit. Rather than seeing the story as I did, as a huge leap forward in his learning, they were appalled. “How could you have let this kid sit there for three weeks and accomplish nothing?” Many accused me of the equivalent of malpractice.

At first I thought I hadn’t told the story correctly. He had been accomplishing nothing for his entire education — he’d turned avoidance into an art. The fact that it took him three weeks to have an epiphany about the role of autonomy in his education was well worth it. Now we had a chance of doing something different for most of high school, before he left and floundered in the “real world.” It hadn’t been wasted time at all — he’d spent a lifetime being swept up in the momentum of the system. It was going to take a minute for him to recognize that. But adults so often feel if a kid is struggling, we have to pick them up immediately, and so many debates about our approach with Will ended in a stalemate.

Ultimately, the experience with Will helped me understand people have a complicated relationship with failure. Most of us fear it for ourselves, and for our kids. But we also know kids are supposed to learn from failure. So how do we find the sweet spot?

Diane Tavenner is co-founder and CEO of Summit Public Schools and author of Prepared: What Kids Need for a Fulfilled Life.

Diane Tavenner is CEO and a co-founder of Summit Public Schools and the author of Prepared: What Kids Need for a Fulfilled Life.