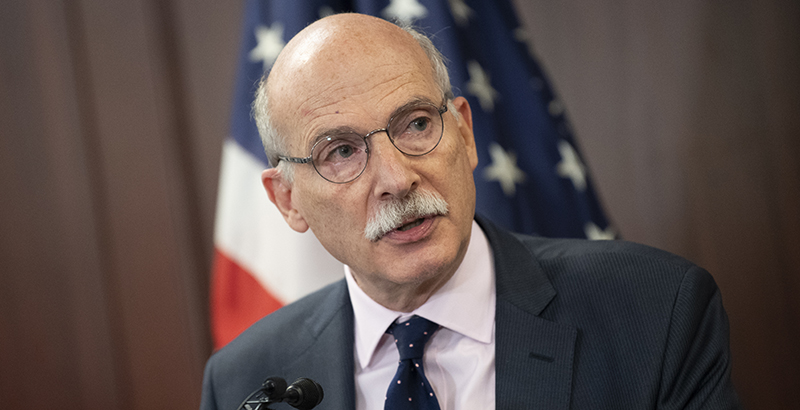 As D.C. officials contend with safely reopening schools next month, the city council is now operating without a dedicated education committee.

The D.C. Council’s five-member Committee on Education was disbanded last month and consolidated into the Council’s broader Committee of the Whole — a shuffle that followed former education committee chair David Grosso’s decision to not seek re-election.

While local pundits surmise Council Chair Phil Mendelson’s long-standing rule that new Council members shouldn’t be committee chairs may have affected appointing a replacement, Mendelson has insisted the transition was logical given the 13-member Committee of the Whole’s existing involvement with education oversight.

“Every member of the Council” is now responsible for education, he said during a recent Facebook Live. “We’re already laying out some plans for vigorous oversight over the next several months.”

But many advocates have opposed the change, wary that placing education under the purview of a catch-all committee tasked with overseeing 52 local agencies will restrict the time and attention city schools deserve.

“Our schools are in a crisis,” and recovery “is going to require a hands-on Council,” said Zachary Parker, president of the D.C. State Board of Education. “I worry that the Committee of the Whole will only cover the tip-of-the-iceberg type of education issues just based on limited capacity.”

The D.C. Council has an extensive list of responsibilities, from conducting oversight of dozens of agencies to passing legislation and approving the city budget (public education spending makes up 30 percent of the Local Funds budget in FY21). Its oversight authority — which extends to D.C. Public Schools, the D.C. Public Charter School Board and other agencies like the Office of the Deputy Mayor for Education — is critical, advocates noted, because it’s unique.

The city doesn’t have a local school board, and its State Board of Education doesn’t wield much power over public schools. Mayor Muriel Bowser controls the school system.

A spokesperson for Mendelson confirmed the Council currently has the same number of staffers focused on education as it did before last month’s change. But dedicated time to education-specific issues has already appeared to thin since the COVID-19 pandemic began.

Even before the Committee on Education was disbanded, the number of meeting and hearing hours documented in that committee’s archives plunged from about 82 hours in 2019 to 38 hours in 2020. The number of recorded public hearings and roundtables dropped from seven to two, according to those archives.

The Council did hold one public hearing for education so far in 2021 — a six-hour hearing Thursday around DCPS’ plan to reopen elementary and secondary schools for up to 15,000 students on Feb. 1. Council members came prepped with a litany of questions for DCPS Chancellor Lewis Ferebee and D.C. Health officials, from vaccine availability to staffing demands to how to repair fractured parent trust in reopening.

.@councilofdc is hosting a virtual public hearing now on DCPS schools reopening Feb. 1. I'll be popping in and out and tweeting what I'm hearing.

The Committee on Education was revived in 2012 after a few years of being similarly absorbed into the Committee of the Whole. The school system was placed under mayoral control — a now increasingly disputed decision — during that time. The education committee championed legislation like the Student Fair Access to School Act, which limited the use and length of out-of-school suspensions; a bill requiring screening of all K-2 students for reading difficulties; and an amendment ending the Metropolitan Police Department’s authority over DCPS school security.

While the Committee on Education is no longer a listed committee on the Council’s website, Mendelson is resolute that, “There is really not much new and different.”

Mendelson’s communications director Lindsey Walton confirmed there are two legislative staffers and a committee assistant assigned to education work— the same as the past two years. The chairman “is looking at additional education staff,” she wrote in an email.

Mendelson has also agreed to regular public hearings for education this year. Walton said the frequency “will vary,” adding Mendelson is looking to schedule another hearing on learning loss in a few weeks.

Patricia Stamper, an educator and Ward 7 mom of two who testified before the Council on Thursday, doesn’t see the committee changes as inconsequential. To her, it feels like the Council is “trying to pass the buck” on responsibility, she told The 74.

Christina Henderson, a new at-large Council member who previously served as education committee director for Grosso, acknowledged that at least in the coming months, education-related hearings will likely be reserved for “crisis” topics like school reopening, and less so for public check-ins on matters like school lunch that she recalls the Committee on Education hosting in years past.

But she insisted issues such as student learning loss and the needs of highschoolers transitioning to college and jobs will be part of her and the Council’s upcoming agenda.

Various advocates and groups, like EmpowerEd and the DC Education Coalition for Change, say they’re ready and willing to work with Council members — and to hold them accountable. A few last week were already publicly questioning a preliminary D.C. Council oversight hearing calendar that dedicated just one day to hearing public feedback on all education agencies’ performances.

Parker and Ward 6 State Board of Education member Jessica Sutter also hope that in lieu of a dedicated Committee on Education, the Council and board can establish stronger communication.

Since the pandemic began, Sutter said, the number of speakers at most monthly board meetings has swelled from a handful to more than 25.

“The state board would make an excellent conduit” for hearing residents’ education concerns, which could be passed on to the Council, she said.

“But we’ve got to have somewhere to send them.”