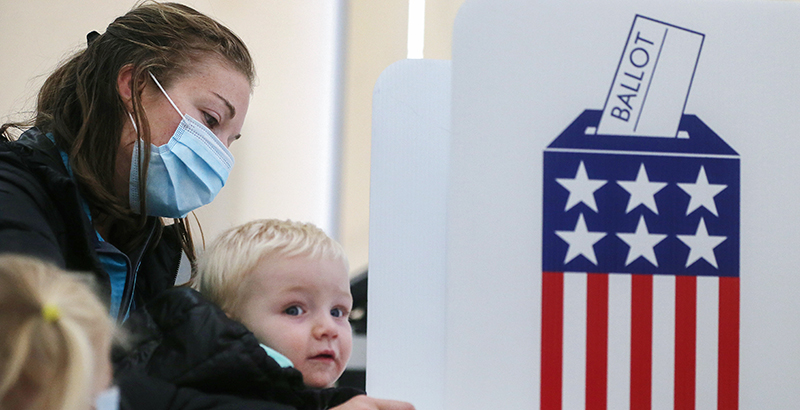 Nearing the one-year anniversary of the pandemic in the U.S., many school buildings remain closed and the family living room continues to be an active classroom in many households. As a consequence, several states show an increase in homeschooling enrollment over this period, triple the enrollment in North Carolina alone.

In the midst of the pandemic, we also held an election, and a once dependable bloc of Republican voters — homeschool parents — became a little less loyal to Donald Trump. While this probably didn’t sway the outcome in any state, it builds on previous evidence of change in the homeschool movement.

I discovered this by analyzing data released early this month from the American National Election Survey. The survey happens every four years, immediately before and after the general election. It is a representative survey of a cross-section of the American public that asks a variety of political and nonpolitical questions, including whether a respondent has school-aged children and what their site of instruction is — public school, private school or homeschool.

I compared what different types of homeschool parents said in 2016 and 2020.

In 2016, for example, homeschool parents by and large conformed to what many assume about this community with roots in the Republican Party and strong conservative beliefs. Nevertheless, homeschool families are not monolithic, and in 2016, 62 percent reported voting for Donald Trump, about the same as the 61 percent that recalled voting for Mitt Romney in 2012.

Based on the just-released pre-election survey data on early and intended voting, 58 percent of homeschool parents supported Trump in 2020, a 4-point dip from the previous election. Illustrative of the change, a homeschool parent was significantly more likely than a public school parent to support Trump in 2016, but in 2020 that relationship flipped (holding other variables like party affiliation and ideology constant in a simple statistical model). Put another way, the model predicts that there was a 58 percent probability a homeschool parent voted for Trump in 2016; that fell 10 points, to a 48 percent chance, in 2020.

Instead, it appears that it’s the moderates who changed their views of the former president most dramatically.

These changes are notable, but not terribly surprising. It was clear during the campaign that homeschool families weren’t nearly as politically active as they had been in the past. Everyone from George W. Bush to Ted Cruz counted on homeschoolers to turn the presidential campaign into a civics assignment, but in 2020, Homeschoolers for Trump were hard to find.

Analysis: As More Diverse Circle of Parents Homeschool Their Kids, It Can Be a Living Room Laboratory for the Future of Education

With enthusiasm down among conservatives and support waning from moderates, in 2020 the homeschooling community resembled the country overall much more so than in the past. Once an outlier, the homeschool family of the future may tell us as much as district or charter school families do. These increasingly racially and ethnically diverse families may base their political choices on many things unrelated to their educational choices, and their loyalty will be up for grabs in future elections.

Heath Brown, Ph.D., is associate professor of public policy at the City University of New York Grad Center and John Jay College, and the author of “Homeschooling the Right: How Conservative Education Activism Erodes the State,” published by Columbia University Press.