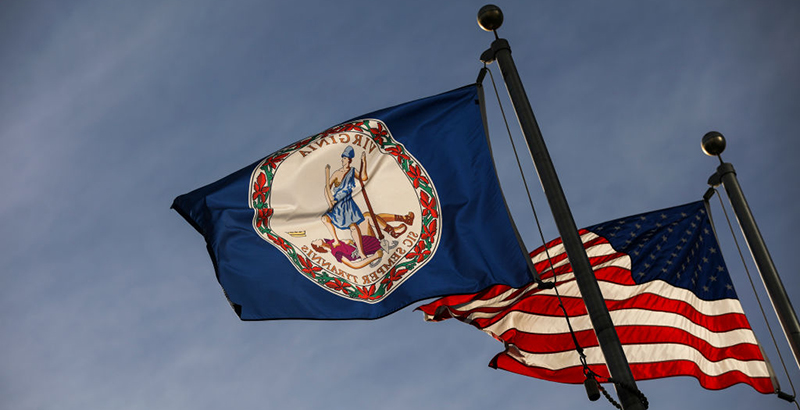 This should be the best of times for the Virginia Education Association. After more than four decades of lobbying, it finally won back collective bargaining privileges for public school teachers in 2020. Each local union requires the assent of the local school board to become the exclusive bargaining agent. This need not be a huge obstacle, since many board members across the state support the idea.

But things haven’t been so rosy for the state union since the collective bargaining bill was signed. Externally, Republicans won control of the governor’s office and the House of Delegates in a November 2021 election that was largely seen as a referendum on the handling of school closures during the COVID pandemic.

As Union Report described in November, the Prince William board of directors voted 7-4 to give the state union oversight over most of its finances and operations.

“Specific concerns regarding the management and government of the PWEA have risen to the level where abuses or the perception of abuses must be addressed, so as to ensure that no state or federal laws are violated, or ethics are impinged,” read a state union memo obtained by InsideNoVa.com.

Those concerns apparently involve alleged financial mismanagement and a hostile workplace created by local President Maggie Hansford. She was elected in August 2020 but was the subject of two unsuccessful recall attempts.

However, Hansford remains in office and is running for reelection.

Now, thanks to reporter Jo DeVoe of ARLnow, we learn that on April 6, the union established a trusteeship over the Arlington Education Association after a vote of the local’s school site representatives that ousted the president and entire executive board.

In a letter to Arlington members obtained by ARLnow, state union President James Fedderman stated that the local’s finances were in disarray and not communicated to members, creating “an appearance of secrecy that is inappropriate and unacceptable.”

There’s no question the Arlington union has its problems. It made national headlines in December after a parent posted a slew of grammatical corrections to a letter from President Ingrid Gant to the district superintendent.

But the state takeover isn’t as simple as dismissing incompetent union officers. Gant was a rival of Fedderman, running against him for the state union’s presidency in February 2020. And buried deep in the ARLnow story is the news that the now-dissolved executive board “recently voted to disaffiliate” from the state union.”

As we know from past experience, nothing gets a state or national union moving quicker to take control of a local than talk of secession.

Union Report: In the Past 3 Years, NEA Has Lost 2 Major Locals. Now It Is Creating Roadblocks to Keep More From Seceding

The Arlington executive board’s action was essentially overturned by the trusteeship vote of the local’s school site representatives, but it provided a curious contrast to the Prince William dispute.

The Prince William trusteeship was established by a slim margin of that union’s board. In a virtual meeting with local members soon after, state union Executive Director Brenda Pike told them the decision did not have to be ratified by school site representatives or the rank-and-file because the local’s board had approved it.

The state union says its trusteeship in Arlington  will end when a new executive board is elected this month.

Soon, the Golden Age of Teacher Collective Bargaining in the commonwealth will begin with a state organization that doesn’t trust two of its largest locals to handle their own affairs and has a history of hostile and litigious collective bargaining with its own employees.