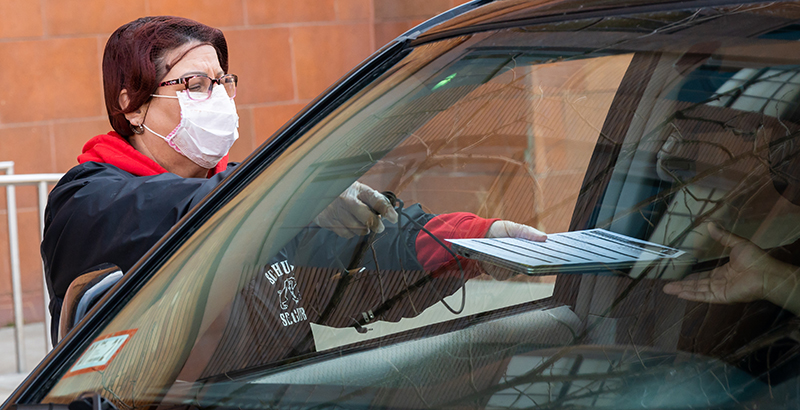 A new research effort underway at Tulane University aims to track how every K-12 school in the United States — district, charter and private — responded to the coronavirus pandemic and the abrupt shift to remote learning that came with it.

Led by economist and education researcher Douglas Harris, the project is part of REACH, the National Center for Research on Education Access and Choice, based at the university in New Orleans. The center received a $100,000 grant from the Institute of Education Sciences, the research arm of the U.S. Department of Education, in April to gather information from school and district websites across the country and analyze the findings. 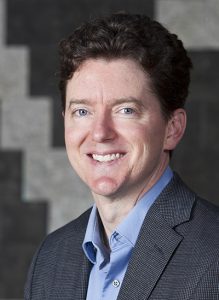 “Our primary purpose is just, how can we be helpful?” Harris said. “When the crisis first started, we said, ‘All right, let’s forget about what we’re working on right now, so if we were to take a blank slate, what would we do?’” REACH already had a relationship with the Institute of Education Sciences and with Tulane’s computer science department, making it “well-situated” to take on this particular project, he added.

The first report is expected to be published as soon as early July so policymakers and education leaders making decisions about the fall can use it.

“We’re going to try to do this quickly and in a live environment, where people are making decisions now,” Harris said. “Being informed about what’s actually happening seems to be pretty critical to that. If we don’t know what schools have done … we’re not going to be able to predict very well where this is going or to think very carefully about what can be done at different levels of government, down to the school and district level, to respond well as we go forward with the crisis.”

Researchers will look for patterns such as whether responses differed by type of school — district, charter or private — and whether there’s any correlation between student demographics and how schools reacted to the crisis, Harris said.

A point of contention between public and private schools has arisen around Education Secretary Betsy DeVos directing public school districts to share federal CARES Act money meant to help them through the coronavirus crisis with private schools. The law sets aside $13.5 billion for K-12 education and comes as both private and public school leaders are worried about budgets for next year.

“I think there’s a legal question in that, it seems like a creative interpretation of the law. Even Sen. [Lamar] Alexander said that it was an incorrect interpretation, and he’s the one who essentially wrote the law,” he said.

The first part of the Tulane project involved researchers examining websites for about 3,500 randomly selected schools. The team is also partnering with the Tulane computer science department to use artificial intelligence to gather data from most of the rest of America’s approximately 150,000 schools to identify more trends.

The researchers are looking at six categories of information: how quickly schools and districts responded to school closures; personalization and engagement in instruction; non-academic engagement, such as morning meetings and office hours; academic expectations, including grading policies and time spent on subjects; whether other services like free lunch and counseling continued; and “equity of access” for English learners, students with disabilities and students who needed internet connectivity or devices.

Harris said he expects a “fairly long series” of reports to follow, possibly including another full website review when school resumes in the fall.

“Often when we talk about how are you going to actually make a real policy change, you need the data first,” she said. “You need solid data in order to make … real policy change and effective policy change. And so that is what’s promising about having this kind of data.”

The Tulane project is one of several aiming to inform educators and policymakers about the state of remote learning following the pandemic’s unprecedented disruption to K-12 education.

The Center on Reinventing Public Education, a research center at the University of Washington Bothell, has been tracking remote learning efforts for months as well. In a survey of 477 school systems, researchers there found that 85 percent “made sure their students received some form of grade- and subject-specific curriculum in packets,” but less than a third were tracking student attendance. The nonprofit assessment company NWEA is projecting steep learning loss and widening achievement gaps. Parents, too, are worried that their children are falling behind while school buildings are closed, according to surveys.

Morgan Polikoff, a researcher who’s not involved with any of these projects, said he’s been impressed by how quickly education researchers have responded to the coronavirus crisis and “turned on a dime” to make sure their work is meaningful and useful.

The REACH project is “an important contribution” to that and could help policymakers who feel they don’t have much information to help them make decisions right now, said Polikoff, an associate professor of education at the USC Rossier School of Education and a fellow at the think tank FutureED.

Still, he said, data collection on its own doesn’t mean much without analysis that is shared publicly in usable formats. Additionally, Polikoff said that while he trusts that the Tulane team is “full of super-smart and savvy researchers,” he has concerns about the quality of information gleaned from school websites — and whether schools are really doing what their sites say.

“Historically, my experience spending time on school and district websites is they stink, and they’re not up to date or they’re hard to navigate or they don’t contain the information that you want or that you think they should, or maybe even that they’re legally required to,” he said. That means it will be important for researchers to use the REACH data in conjunction with other information, like survey results, to draw conclusions, he said.

Harris said he’s been in touch with other researchers already and that the project will adapt based on what researchers find and what’s happening on the ground in schools.

“We don’t know what we’re going to find,” he said, “so I think what we do next depends on what we find in this first report.”