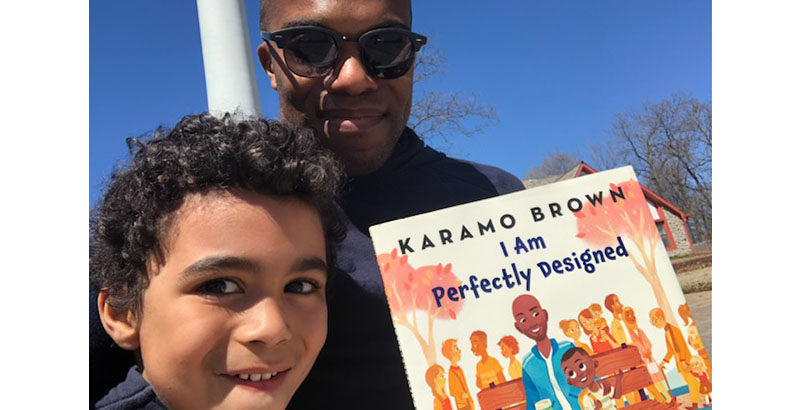 Before he became a journalist, Nehemiah Frank was a teacher and school administrator. So when the schools closed in Tulsa, where Frank edits The Black Wall Street Times, he was the family member best positioned to oversee distance learning for his 5-year-old cousin Caillou.

The first packet sent home from school contained second-grade work. That was frustrating, but not as disconcerting as issues that arose as Frank and Caillou started making their way through kindergarten-level assignments that followed.

The boy had speech issues, did not know all the alphabet, could not recognize the most basic sight words and had terrible penmanship. Before Frank took over his schooling, the family wasn’t aware of any of this.

With the help of a friend who is a speech pathologist and some online resources, Frank used the first month of the school shutdown to teach Caillou to pronounce his letters and helped him rocket ahead in math. But he wonders how far behind the boy would have fallen.

“He went almost all year without anyone catching this,” says Frank. “If this pandemic hadn’t happened, we might not have caught it.”

No contest — food, money and internet access top the list of concerns in underresourced communities struggling with COVID-19 closures and job losses. But family advocates are hearing from parents who, overseeing lessons at home, are shocked at how far behind their children are academically.

Rashad Turner, head of the Minnesota Parents Union, which helps mostly low-income families of color troubleshoot issues with schools, has been shaking his head at social media posts by his white, affluent neighbors who have little past experience with the problems created when schools have low expectations for their students. 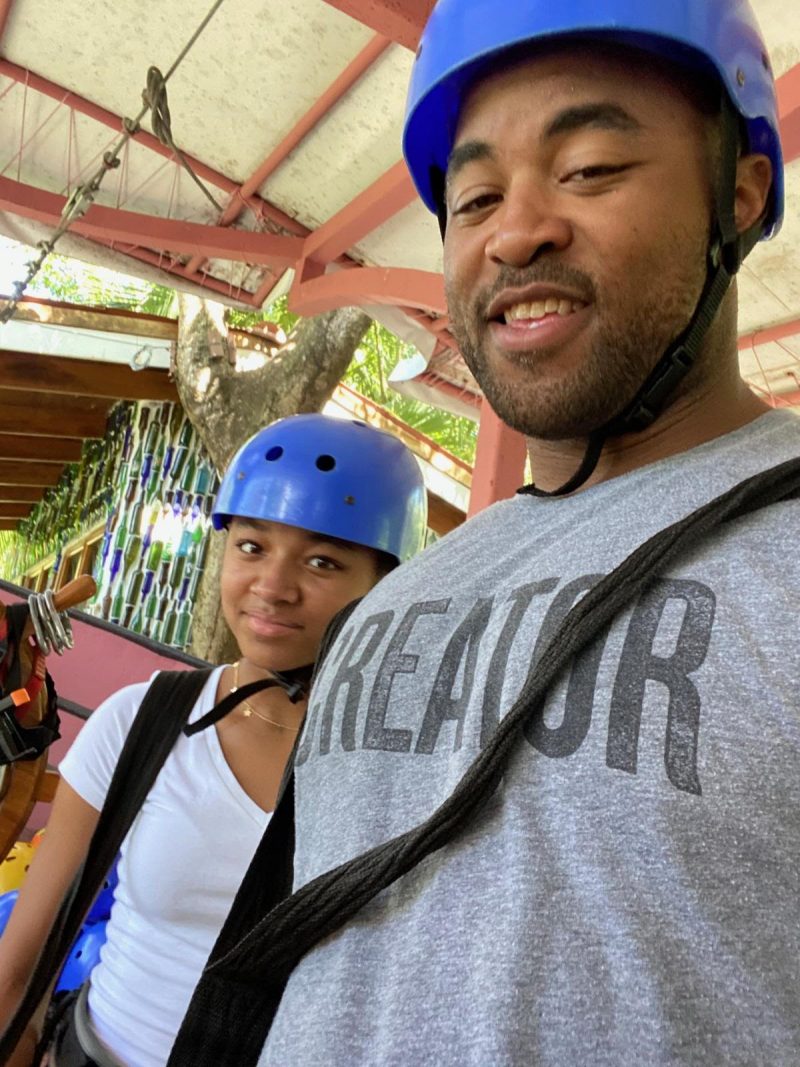 Rashad Turner and his daughter Shyia

“White people are finding out how it’s always been for black people,” says Turner. “What we’re seeing now is a by-product of how schools have always seen families of color.”

Parents who haven’t had to fight systemic discrimination, he adds, are much quicker to voice their displeasure with easy make-work or a boring activity than the families his organization supports. Black parents in particular are likely to have heard more about their kids’ behavior than their intellectual potential — even when their children are far ahead of the class.

Angela Pettie had one such light-bulb moment involving her son, who is in seventh grade in a western suburb of Phoenix. Her family is black, and she already knew the boy wasn’t being challenged academically. Before school closed, tension was rising with one of his teachers who “just made it seem like he was the most disruptive kid in her whole entire class.”

Home now with four kids, Pettie realized her son was finishing a day’s worth of assignments in just an hour. “I’m seeing why he was having behavior issues at school, because he would finish his work really quickly,” she says. “His teacher told me that’s normal.”

So why, Pettie wants to know, wasn’t he given more challenging work?

The former education chair of the Southwest Riverside County NAACP, Christina Laster advocates for families throughout Southern California and in Gwinnett County, Georgia. “Our children, now we see why they tested so low,” she says. “People come to a rude awakening quick.”

A 2017 national survey by the organization Learning Heroes found that 9 in 10 parents think their children are performing at or above grade level in math and reading, while results from the National Assessment of Educational Progress show that just 1 in 3 eighth-graders meets that bar.

Now a National Parents Union delegate and adviser, Laster says parents typically struggle to take in how far behind their children are. Whether they were good students or not, they tend to use their own school experience as a barometer. To them, the idea that uniformity — kids grouped by age doing the same work at the same pace — is the norm in most schools probably doesn’t seem problematic. That is, until it becomes clear that their child needs something different. 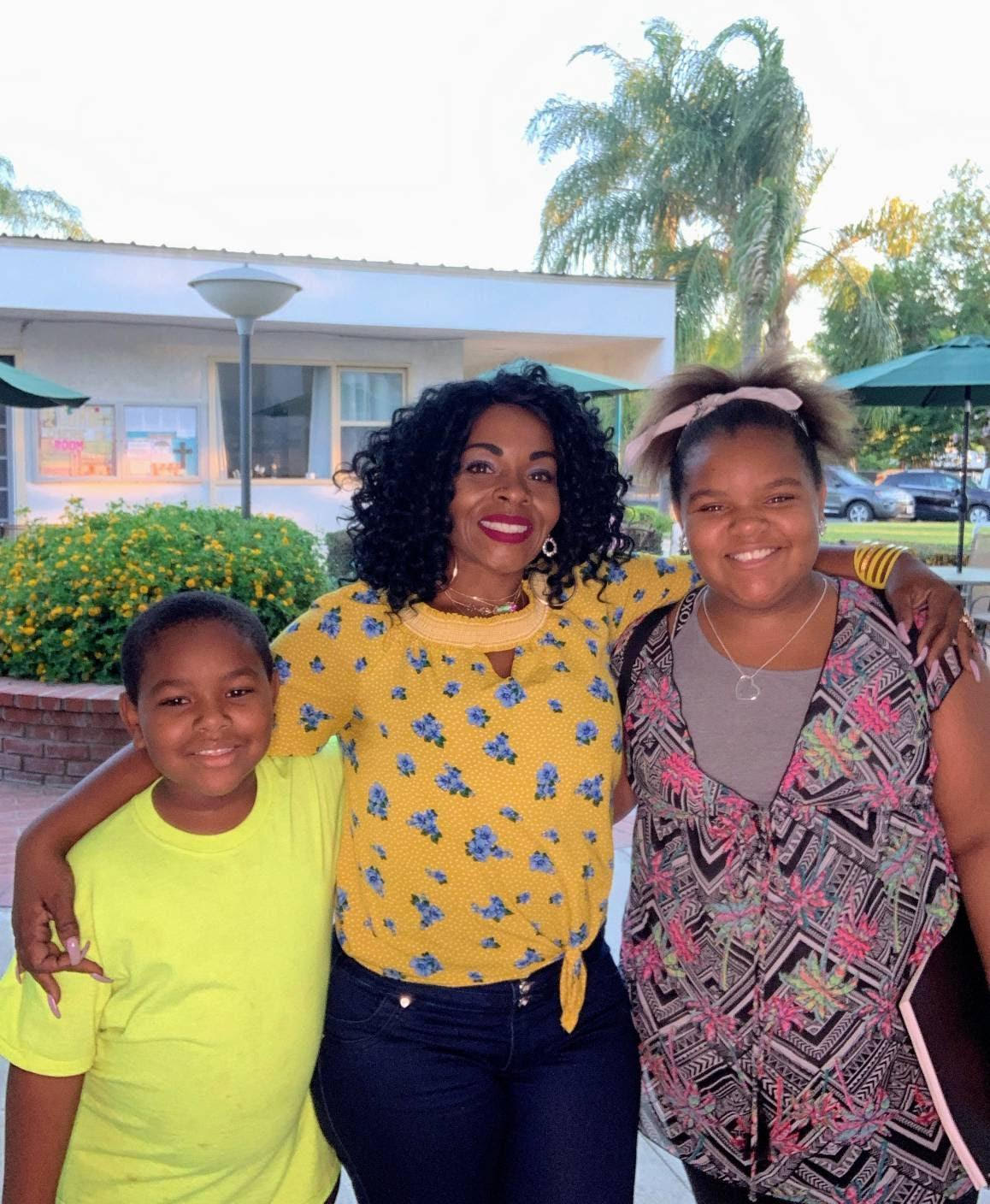 Christina Laster and her children Daniel and Aniyah

“I see the battle as really internal,” she says. “People don’t want to admit that what they’ve been doing isn’t working.”

A major mental hurdle many parents confront is their concept of the traditional structure of “school,” Laster says. Many are surprised by how intensively children focus when they are working on an appropriate task — and how quickly they often master missing key concepts. Students who are not struggling or bored may do an entire class’s worth of material in 15 or 20 minutes.

The head of the National Parents Union, Keri Rodrigues, says she, too, is hearing from families for whom tussles over schoolwork are sometimes erroneously perceived as a child’s bad attitude. “We’re trying to address that,” she says. “Like, ‘No, no, that’s not defiance, here’s what that is.”

Some parents have quelled conflict by backing off the grade-level work sent home in favor of assignments geared for higher or lower grades. Rodrigues’s second-grader “blew through the worksheets” provided by his school. So she found him harder assignments, until he seemed appropriately challenged — by seventh-grade work.

“As we think of schools reopening, we should think about parent participation in a 360° assessment process,” she says. 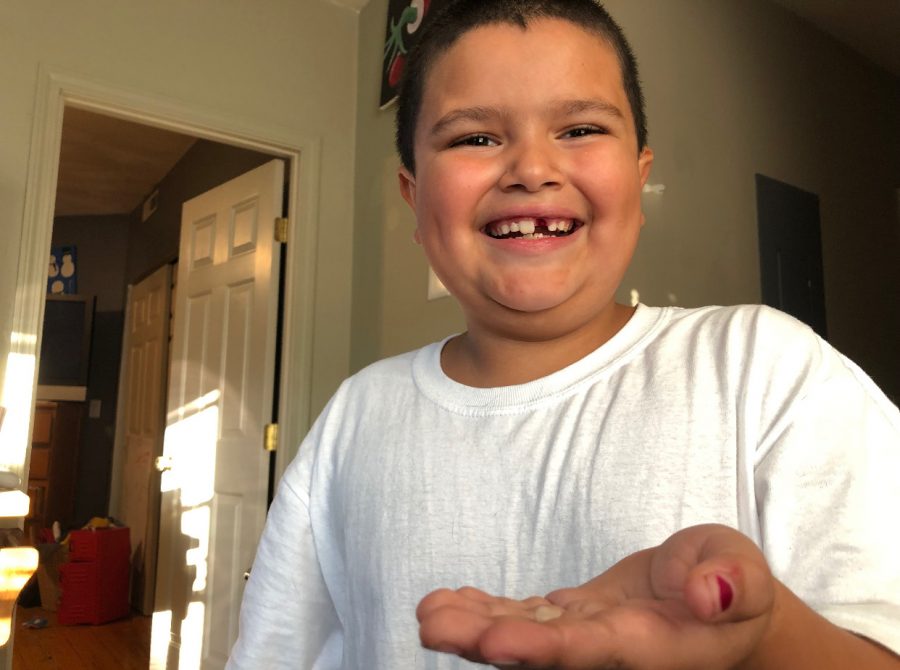 Turner has been counseling patience to families who are trying to figure out whether the gaps revealed in school at home are real, or a by-product of districts trying to make a huge shift. “It’s not as easy as everyone’s just online now,” he says.

Still, he’s hearing lots of anger about existing inequities being thrown into stark relief by the pandemic. He talked recently to a black St. Paul father who last year tried for months to get his son the iPad his special education plan called for.

“He said it’s been amazing to see how quickly schools can say, ‘OK, everyone can have an iPad,’” says Turner. “It’s amazing how fast they can move when it impacts white students.”

Laster is not convinced that parents who have had their eyes opened or their fears about their children confirmed during the shift to remote learning will go back next year, resolved to advocate. “If parents drop their kids off every day, it’s going to require some cognitive dissonance on their part,” she says.

Having recently found a job she can do from home, Pettie plans to spend the rest of this academic year exploring homeschooling. After her three oldest kids — the youngest is 3 — started working at home, her daughter, who is in eighth grade, confessed that she was relieved, because she’d been picked on at school.

“I’m enjoying this,” Pettie says. “I’m getting to know my kids better, and I’m learning things myself.”

Disclosure: The Bill & Melinda Gates Foundation and the Carnegie Corporation of New York provide funding to Learning Heroes and The 74.