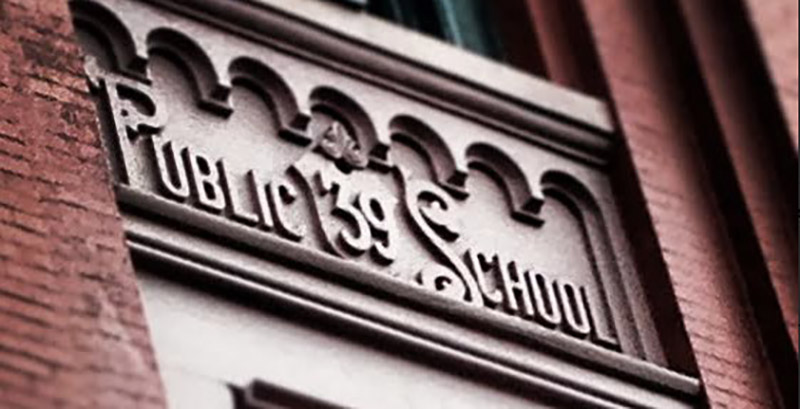 Recently, the New York School Talk blog published a guest post by Tim DeRoche, author of A Fine Line: How Most American Kids Are Kept Out of the Best Public Schools, which asked the question: “Do NYC school zones violate federal law”? (Spoiler: He thinks they do.)

“Take a look, for example, at PS 8 Robert Fulton in Brooklyn. Only 20 percent of the students at PS 8 come from low-income families, and almost 80 percent are proficient in reading.”

Hmmmmm. The number of low-income kids and the number of kids not reading at grade level maps almost exactly. What an interesting coincidence.

Must be a one-off.

It is not a one-off.

Looking at a selection of NYC’s “good” schools, we see that:

As P.S. 6 on Manhattan’s Upper East Side, 13 percent of students are not reading at grade level. And 12 percent qualify for free or reduced-price lunch.

At P.S. 40 in Manhattan’s Gramercy Park, 13 percent of students aren’t performing at grade level in either math or English. And 11 percent qualify for free or reduced-price lunch.

For the record, I’m not the one saying that the kids not performing at grade level are the same as the kids who qualify for free or reduced-price lunch.

But that does seem to be what the city Department of Education believes. They’re the ones insisting that removing academic screens, which look at grades, state test scores and more for middle and high school admissions, would diversify “high-performing” schools. Press coverage of the initiative tends to use the words “low-achieving,” “low-income” and “minority” as if they were interchangeable. (See here for examples.)

There are, of course, notable exceptions. Brooklyn’s highest-performing traditional public school, P.S. 172 Beacon School of Excellence, has 96 percent of students performing at grade level in math, with 84 percent receiving free or reduced-price lunch. Even The New York Times was forced to concede that the Success Academies, which are majority minority and free or reduced-price lunch students, do the best job in the city of reducing achievement gaps.

And yet, the numbers persist.

“Many middle-class and lower-income families do not have the opportunity to enroll their children in the most coveted, high-performing public elementary schools, even if those schools are within walking distance of their homes … In nearly every city the pattern is the same: State law allows (or even requires) the district to draw attendance zones showing who gets to attend which schools. Districts use the lines to determine who can enroll in these elite, high-performing public schools.”

He’s right, of course. But I feel compelled to ask: What makes these elementary schools high-performing?

Isn’t that a little too interesting of a coincidence?

Are the schools providing any value-add at all, or is it simply that those who can afford to get their children tutored outside of school, do? And those who can’t (or don’t realize that they should, after all, they’re attending a “high-performing” school) … don’t?

When activists beat the drums for diversifying schools, whose benefit are they doing it for? (See what Mother Jones had to say about that here. And on a related note, why some black families prefer Afrocentric schools.)

Activists say they’re doing it for the low-achieving/low-income/minority students who will benefit infinitely from going to school alongside high-achieving/high income/non-minority students. But will they? Will they really?

That’s not the inconvenient truth the above numbers point to.

As one mom raged during a District 3 Community Education Council meeting, “They don’t know what to do with the low-scoring kids who got into these ‘great’ schools, and now they have no support. Do you know how they’re supporting my daughter? They’re not returning my calls!”

Another parent told me, “Our teachers thought they were such great teachers. Until they had to teach kids who didn’t come in already knowing the material, and who couldn’t get help at home or from a tutor.”

In his post, DeRoche makes the understandably common mistake of assuming that “high-performing” schools are responsible for “high performers.”

In NYC, that would not seem to be the case. Interestingly enough, this is the same argument those who are against screened schools make — that it ultimately doesn’t make a difference for students. One does wonder, then, why they’re also fighting so hard to give a different group of kids access to them?

Low-income and minority students can absolutely be high-achieving, as demonstrated by P.S. 172, the Success Academies, Medgar Evers College Prep, Manhattan Center for Math and Science High School and multiple schools in Queens that manage to equalize students performing at grade level with those qualifying for free or reduced-price lunch.

But the schools that produce these results have to be schools that actually teach their students. Ones that have a concrete educational plan, along with the belief that all students can learn.

They cannot be schools that assume their jobs are done the minute they magnanimously permit minority and low-performing students to walk through their doors.

We can keep talking about rezoning. We can keep talking about unscreening schools and setting aside seats for low performers. But until we confront the fact that getting accepted into a high-performing school doesn’t guarantee high performance — and until we commit to taking a deep dive into seeing what actually does and then implementing that science at all schools — we are going to keep getting the same inconvenient numerical results.

Sure, the optics might be better. But the same students are still being underserved. Even at the “high-performing” schools they’re now being allowed to attend.