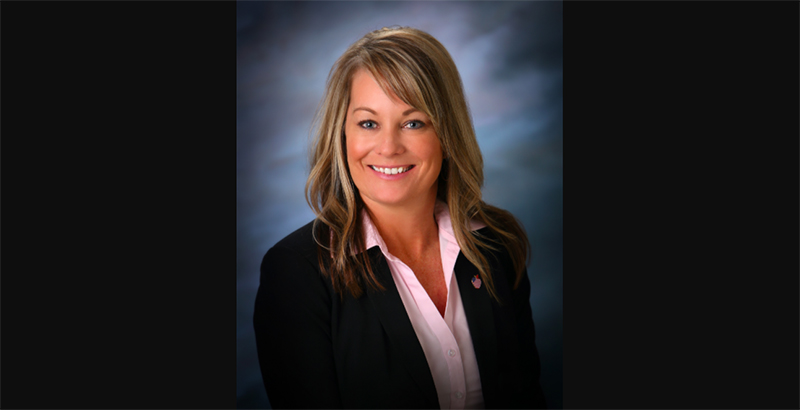 Idaho is facing a lot of the same education issues as other states — school funding, teacher shortages, the appropriate role of school choice — but it all has to be looked at through the state’s particularly rural lens, Superintendent Sherri Ybarra said.

Ybarra, who is at the end of her first four-term at the helm of Idaho’s schools, has proposed a network system to help rural schools pool their resources, for example. And although she’s a Republican and a supporter of parental choice generally, she didn’t back a bill that would’ve created a voucher program for special needs students or those from military families.

“We have districts still in Idaho that are one building, K-12, and that’s it, that’s the hub of the community. So where are you going to send those kids when you give them a voucher? I’m just curious. Are you going to put them on a bus and bus them four hours a day somewhere?,” she told The 74.

The measure passed the state House, but the Senate education committee chairman decided not to consider the bill, Idaho Ed News reported. Legislators adjourned for the year March 28.

Teacher shortages are also an issue. More than a third of all teachers certified in Idaho don’t work in public schools in the state, and 15 percent of first-year teachers don’t return for a second year, according to a report the State Board of Education released in December.

That’s likely due to higher pay elsewhere. Idaho’s average teacher salary in 2016 was $46,122, according to the National Education Association, no. 47 among the 50 states plus the District of Columbia, and lower than all six states that border it.

Ybarra pointed to a new “career ladder” passed in 2015 that boosted both minimum salaries for entry-level teachers and gave more experienced educators a raise; after two years, salaries were up 5 percent statewide, according to Idaho Ed News.

Ybarra is one of 13 elected state superintendents, and is up for re-election this year. As of mid-March, one other Republican and two Democrats had filed to run against her. The primary election is May 15.

Ybarra spoke with The 74 at the Council of Chief State School Officers’ annual convention in D.C. in early March. This interview has been lightly edited for length and clarity.

The 74: School safety has been on everyone’s minds in the last few weeks. What are you doing in Idaho?

We have actually been working on a bullying initiative… So we have not done the press release yet, but folks know that phase three is coming. It will involve prevention, such as targeted support toward recognizing threat behaviors, suicide prevention training. We did have a bill come out that passed that requires teachers to have training in suicide prevention, so we’re going to roll that into this initiative. It’s going to be the next phase of the bullying initiative …

You’ve proposed a rural schools consortium. Could you tell me about that?

… The rural networks, it’s not a brick-and-mortar building, it’s not busing kids to any sort of center, but it’s more about having some seed money to collaborate and get resources out to the kids. Districts will opt into the rural network center, and then they will make a menu of options and resources that they feel that they need. Eventually it will become self-sustaining.

We’re excited because we know that about 45 states in the nation have rural network centers, some sort of rural education network center. Being that we’re one of the biggest states in rural nature, we think it shows great respect to the culture that we have in Idaho.

So rural schools could pool resources for expenses like, say, a school psychologist?

Exactly. It’s no secret that we’re in the middle of an educator shortage, and that is some of the districts have talked about being able to share resources, educators, some of those hard to fill positions …

They’ve also talked about being able to get some trainings as well. E-Rate [the federal program that helps schools pay for Internet access] is a big deal, and it’s very involved, so they want to be able to lean on each other for E-Rate. A lot of districts in Idaho, the superintendent is kind of the butcher, the baker and the candlestick maker, so this resource center will help them be able to manage some of their responsibilities as well.

First, the FCC Targeted ‘Net Neutrality.’ Could the E-rate Program, and Subsidized School Internet, Be Next?

Did you look to other states when coming up with this proposal?

We actually worked pretty closely with Washington. We’ve worked a little bit with Battelle for Kids [national nonprofit that works with schools and communities to support innovation and 21st century learning] … We’ve had a lot of folks kind of come to our side and really want to help, and give what’s working for them and maybe what’s not working.

Idaho likes to do things its own way, so we didn’t want to mirror anybody in particular, but we did have a lot of folks come and give us a lot of ideas, so we could really make this look like how Idaho likes to do business.

What are you doing to get at Idaho’s teacher shortage?

We’ve done a lot of things in Idaho, and I’ve said over and over again, that this is going to take a multitude of strategies, from the state level as well as the local level. Everybody’s going to have to put skin in the game, so to speak. There’s not one person responsible for fixing this issue.

At the state [level] … we’ve had some public service announcements, about [becoming] an educator. We’re looking at a mastery-based certification route … We’re looking at a route to really get teachers certified quickly without losing the accountability piece … Also putting these rural networks into place I think will help.

The other things we did is we commissioned a report that came out this legislative session that I shared with legislators … to really look at the data that was specific to Idaho. It’s one thing if you talk about a teacher shortage in that it’s national, but legislators, lawmakers, parents, stakeholders, want to know ‘OK, that’s great, but I want to know what it looks like in Idaho.’

So that’s what this report did, it really honed into where our shortages are in Idaho and where we see where we can really make a difference and put strategies into place that really talk about Idaho-specific issues.

Has low teacher pay, particularly in comparison to neighboring states, been an issue?

I wouldn’t deny that Idaho is in the lower portion of pay for teachers, but we have put some strategies into place, and I think we’re on the right track to addressing that, especially after the recession.

We have put into place the career ladder, and that was the No. 1 goal of the majority of the stakeholders when I worked on the budget, is they really want to make sure that we have funding for our career ladder …

Teachers said we realize that pay’s not everything, we want to be respected as well. So I thought that was a great conversion for us to have. They’re very pleased right now, the feel and the culture in Idaho right now is they’re very pleased about some of the things that we’ve been working on, especially the career ladder that shows that we’re working on teacher pay.

The state legislature is considering a private school scholarship bill, which you oppose. Why?

… Whatever study you look at, we are one of the biggest states in the nation for having a rural-type geographical makeup. What I said about that is, I believe in choice, wholeheartedly. I have a division in my department that is dedicated to supporting parents in choice in education.

However, anything that takes money away from public education, as the superintendent of public instruction, I cannot support, number one. And number two, I need to just understand the accountability … that’s taxpayer dollars.

And then number three, I just think the rural nature of our state, how is that going to work? We have a lot of districts in our state in which the school is the hub of that community. We have districts still in Idaho that are one building, K-12, and that’s it, that’s the hub of the community. So where are you going to send those kids when you give them a voucher? I’m just curious. Are you going to put them on a bus and bus them four hours a day somewhere? So it’s about the students and what works for them, and I just can’t see any parent agreeing to busing their kid four hours one direction and four hours back the other way. That’s what it is when you’re in a rural state.

[Choice] works well, I think, for places like Washington, D.C., and we even have places in Idaho, like the capital, that school choice works great, Boise and that surrounding area, because they’re a larger community. But we still have one-room schoolhouses in Idaho, so I just don’t know how you would work a voucher system in a state that is so rural in nature, rural and remote, a lot of [districts].

There has been for several years a study of the school finance system pending. Do you have any updates?

I sit on our funding formula committee, which is looking at our funding formula, and I’m a vote, so I do have a voice, although the funding formula is left to the legislature. We’re going to come out with recommendations. The work is still probably two years out, still in progress. I am pleased to say that we did say that we’re committed to not seeing winners and losers in this , and the committee has been very thoughtful about running different models and having national speakers come in and talk to us about ‘OK, this is what state A does and this is what state B does.’ Right now, Idaho has a resource-based funding model, and we’re moving more to a student-based funding model. We still have a lot of work to do, but we know in Idaho, that’s one of our challenges, besides the teacher shortage, so this is definitely work that I need to support and that we need to keep moving forward on.