With 20 New (and 16 Re-elected) Governors Laying Out Education Plans, Here Are the Four States Where School Choice Seems Like a Priority 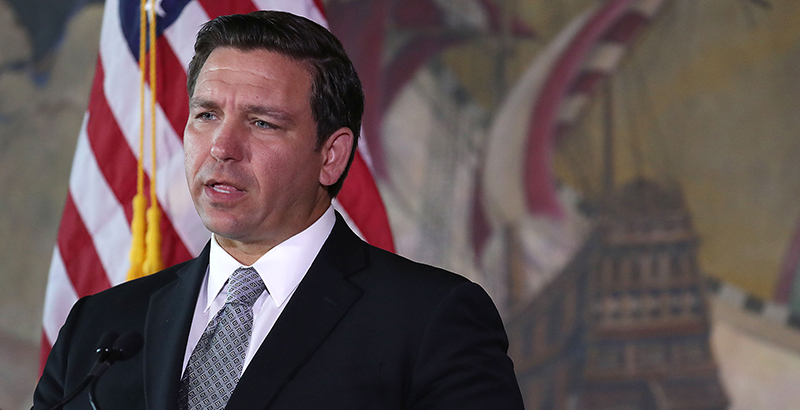 The 74 reviewed beginning-of-the-year speeches — inaugural addresses, “state of the state” remarks, and and a few budget proposals — from the governors of 43 states that had given them as of Jan. 18. Many of the speeches, particularly the inaugural addresses, were heavy on platitudes and other generic remarks, like praise for local industry or favorite sons.

For School Choice Week, we examined them all to get an early read on the directions states might take on issues like charter schools. While all discussed education at least briefly, few offered specific policy ideas; several pledged more details when formal budget proposals are released in coming weeks.

The most common K-12 topics were teacher pay, school funding, and workforce training, including apprenticeships and career and technical education. A few discussed school safety, early learning, and teacher shortages.

But only four governors — all Republicans, two just elected and two who won re-election last year — discussed school choice in depth. Some of that was expected; in states like Wisconsin, for example, Democrats beat more choice-friendly candidates. And in others, more choice discussion could yet be coming. Tennessee’s new governor, Bill Lee, backs vouchers, and in Kentucky, Gov. Matt Bevin, a charter supporter, could address funding for charter schools, but neither has made his speech yet.

Here are some key excerpts, along with background on the school choice situations in their states:

Florida Gov. Ron DeSantis: “In a large and diverse state, our education system needs to empower parents to choose the best possible school for their children. One size does not fit all. No family should be denied the opportunity for their child to succeed due to insufficient income or to living in the wrong zip code. And this opportunity must extend to every Floridian regardless of race, color, or creed.”

Florida has one of the most robust private school choice environments in the country, encompassing education savings accounts, vouchers for students with disabilities, and tax-credit scholarships. Charter schools served 10 percent of students in 2015, according to federal statistics.

Sunshine State ed watchers expect a strong choice agenda this year, after the election of DeSantis and appointment of reform supporters to the heads of education committees in both the state House and Senate.

Arizona Gov. Doug Ducey: “Arizona has been the leader in school choice. It’s good for parents, and most of all, it’s good for kids. Healthy choice and competition brings about innovation, and that’s been the case in Arizona public education.

But we also know improvements can be made. More transparency, more accountability, and granting more financial review and oversight over taxpayer dollars — all with the purpose of making sure every public school is improving and providing Arizona kids with the best-possible education.”

Arizona has a robust charter school environment, serving 16 percent of students as of 2015, the highest of any jurisdiction except Washington, D.C. It also has several tax-credit scholarships and an education savings account program for particular groups of historically underserved students.

The ESA program has been dinged for poor oversight that allowed parents to misspend public funds; voters this past November blocked a law that would have made it universal.

New Hampshire Gov. Chris Sununu: “I fully expect this legislature will have a rigorous and thorough discussion regarding funding for education. And I will be there with you in that important conversation. But it would be shortsighted to think that funding is the only discussion needed regarding education. We have big opportunities to expand a student’s access to educational choices. We must provide additional pathways for students to harness their ability to learn.”

New Hampshire has charter schools, which served about 2 percent of students as of 2015. It has a tax-credit scholarship and “tuitioning programs,” which allow towns without a school at a particular grade level to pay for those students to attend other public or private, non-religious schools.

South Dakota Gov. Kristi Noem: “We need to do more to empower families. Every child has different needs and talents, and we all know that family involvement gets better results …

Empowering families also means supporting each family’s decisions for education. I am a proud product of public school and so are my kids, but South Dakota also has excellent private schools and many dedicated homeschool families. This year, I will be bringing legislation to remove an unnecessary testing requirement that state law currently imposes on homeschool families. I will also be supporting legislation to make homeschool students eligible, on an equal basis, for the South Dakota Opportunity Scholarship [a college scholarship program for high-performing high school graduates].”

South Dakota has a tax-credit scholarship program but does not have any other publicly funded private choice programs or a charter school law.