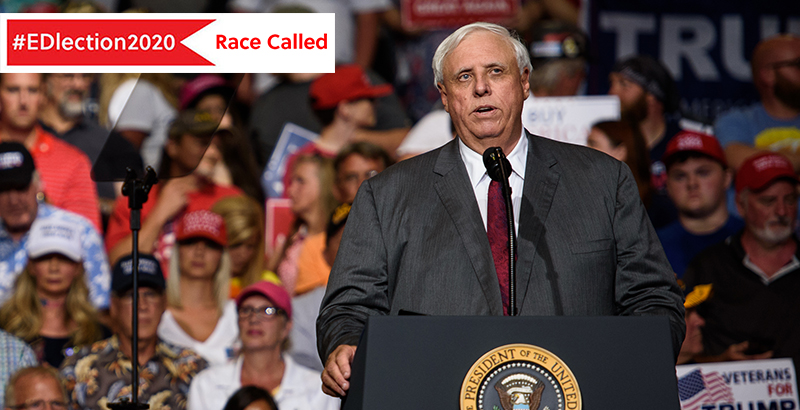 West Virginia Governor Jim Justice has easily won re-election for a second term, despite two teacher strikes and a controversial bill that allowed charter schools to open in the state.

Both the New York Times and Associated Press called the race in his favor, largely based on pre-election polling showing him 18 or more points ahead of Democratic challenger Ben Salango, a county commissioner in Kanawha County, the state’s largest.

Vote counts shortly before 9:30 p.m. show him winning more than 62 percent of the votes

Justice, 69, first won the seat in 2016 as a Democrat then turned Republican and became a backer of President Donald Trump less than a year later. A coal industry billionaire, Justice’s business dealings are frequently part of lawsuits and controversy over late payments.

Education was a tumultuous issue in his first term, with teachers striking twice for better wages. Teachers were the second-worst paid out of every state a few years ago and struck after Justice offered a 1 percent raise. The two strikes in 2018 and 2019 brought them two five percent raises.

Justice also signed a bill last year to create charter schools in the state. He had previously been cautious about starting charters and had called for just a pilot program before signing the bill that allows them to start this year.

His campaign web page calls for “empowering parents with options that are best for their children.”

Teachers recently sued him over his use of a color-coded map of COVID-19 cases and risks that determine how and when schools reopen. The West Virginia Education Association claimed in the suit that Justice was manipulating ratings by changing the factors used in it several times to get the results he wanted.

A judge dismissed that request for an injunction on Oct. 23.