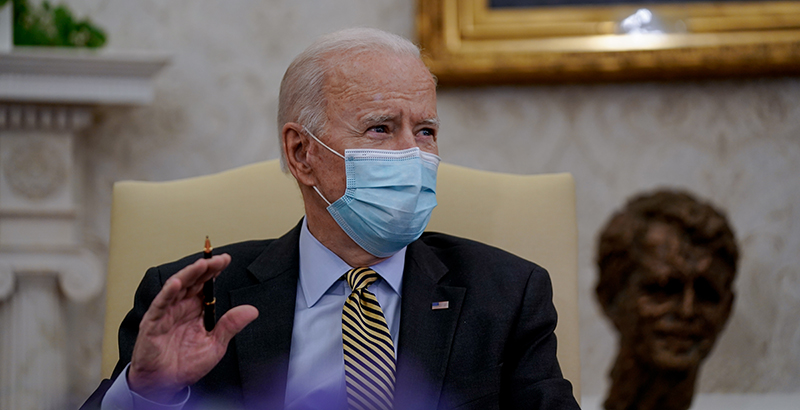 Over the past year, school districts across the country have delivered meals to families, connected them to mental health counselors and served as central hubs for information on rental assistance — operating much like “community schools” that are designed to pull together a variety of services for students under one roof.

Now President Joe Biden hopes to expand federal funding for that approach with $443 million for the U.S Department of Education’s Full-Service Community Schools program in the fiscal 2022 budget— an increase of $413 million, almost 15 times the current level.

“Nothing is more powerful than an idea whose time has come,” said Rey Saldaña, president and CEO of Communities in Schools, a national organization that works in 2,900 schools across the country to connect low-income students to a range of support services.

While the president’s plan to more than double Title I funding for schools captured the most attention, the proposed increase for community schools and school-based mental health services further demonstrates the administration’s goal of funding programs district leaders believe will better serve disadvantaged students.

State legislatures have increased funding for community schools in recent years, but an expansion of the federal program shows “we can do school better,” Saldaña said. The program provides funding for wraparound services, such as afterschool programs, mentoring, food, clothing and health care — and staff members to coordinate resources with nonprofits and other community agencies.

“The reason why there is so much promise is because the urgency is everywhere,” said Elena Silva, the director of preK–12 for the education policy program at New America, a left-of-center think tank. “Suddenly everybody is feeling it — schools are the centers of communities.”

The goals of community schools range from improved behavior and access to health services to increased school achievement. As a result, researchers’ efforts to determine whether the model has succeeded often depend on what they’re measuring. Most recently, the RAND Corp. found positive results for New York City’s community schools initiative, including improved attendance, higher graduation rates and improvements in math. But an earlier report highlighted the challenges districts face in implementing the approach, including staff turnover and competition with other reform efforts.

A significant expansion of the program is one priority outlined in the budget proposal the administration released Friday. The plan includes a $20 billion increase in funding for Title I — up to $36.5 billion — for schools serving students in low-income families.

Education groups welcomed the announcement, saying the past year has left many students cut off from services that they would normally receive at school.

“Chiefs for Change has long advocated that schools serving children with the most intensive needs receive resources proportionate to that challenge,” the group said in a statement.

But some already expect the president will have to reduce his request once it reaches Congress.

“I’m sure they will have to scale back,” said Evan Stone, co-founder and co-CEO of Educators for Excellence. He added that along with the American Rescue Plan and the president’s infrastructure proposals, the administration is seeking a level “of federal involvement that is unmatched since the foundation of the [education] department.”

Other programs noted in the preview of the president’s official budget request were: