In the aftermath of the heavily publicized Nikole Hannah-Jones tenure controversy, emails released by UNC-Chapel Hill reveal the extent to which wealthy donor Walter Hussman labored behind the scenes to dissuade university officials from offering the acclaimed journalist a tenure package.

In a series of four November 2020 emails to Board of Trustees member Kelly Hopkins, two of which spanned a dozen paragraphs or more, Hussman argued that Hannah-Jones’s telling of the American story over-emphasized the role of slavery and warned that her stance on reparations would be “detrimental” to the university, describing Hannah-Jones’s views as “controversial, contentious, and divisive.”

“I do not dispute [Hannah-Jones] having her convictions in favor of reparations, nor do I dispute her right to advocate for it as strongly as possible,” Hussman wrote. “But I believe giving her a platform to argue for this as a tenured professor in the journalism school will not be beneficial, but instead detrimental, to the school.”

“No one knows exactly what she will say in the future,” he continued. “She could be fired from the New York Times. But as I understand it, she could not be fired as a tenured professor.”

Hussman, whose name adorns the UNC school of journalism thanks to a $25 million pledge in 2019, the balance of which has yet to be delivered, first shared his concerns with David Routh, UNC-Chapel Hill’s senior development officer in September. Emails indicate that board members Chuck Duckett, Jeff Brown and Richard Stevens were also made aware of the donor’s appeal, in addition to Kelly Hopkins. All four trustees have since left the board after their terms expired July 1.

Hannah-Jones would have been the first Black Knight Chair since the position was founded at UNC.

The 74 received the internal emails July 30 after filing a Freedom of Information Act request with the university, as did several other media organizations, which have also reported on the communications.

In another message that included annotations of passages from an 1856 Abraham Lincoln speech, Hussman argued that Hannah-Jones’s 1619 Project, a collection of essays from the New York Times Magazine that relates the country’s founding and development through the experiences of Black Americans and earned the journalist a Pulitzer Prize, overstated the role that slavery played in the American Revolution.

“The country may have committed its original sin,” Hussman wrote, “but it was not what the founders or the colonies were intending at that time, in 1776.”

“I thought to myself, who are you going to believe: Abraham Lincoln or Nikole Hannah Jones?”

In 2020, the New York Times issued an update to an essay from The 1619 Project, changing a line to clarify that protecting the institution of slavery was a primary motivation for some, not all, colonists during the American Revolution.

In June, Hussman told NC Policy Watch that he never pressured any UNC board members about the incoming Knight Chair’s tenure package, and that the balance of his donation was not dependent on their decision. He did not respond to requests from The 74 asking him to explain his intentions in sending the November emails.

Text messages also indicate that Hussman and Hopkins frequently spoke on the phone through the fall and winter of 2020, and the spring of 2021. 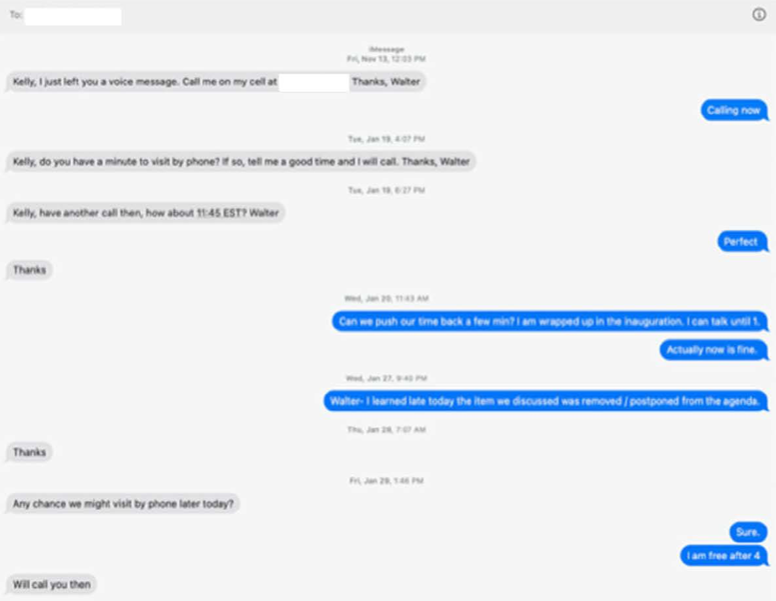 After Hussman sent the series of four email messages, the Board of Trustees, which normally rubber stamps tenure recommendations already endorsed by the faculty, twice delayed Hannah-Jones’s tenure vote, once in November and once in January. In the latter instance, the deferral was due in part to questions over the journalist’s credentials raised by trustee Duckett, according to reporting from the News & Observer. In February, the university offered Hannah-Jones a five-year contract, breaking the precedent of offering tenure packages to previous Knight Chairs.

In late June, following widespread protests amid reports that North Carolina’s flagship university had caved to political pressure from conservatives, the university reversed course. The board approved tenure for Hannah-Jones June 30.

After initially accepting the university’s five-year offer, Hannah-Jones, a 2017 recipient of a MacArthur genius grant, reconsidered when it became clear that her tenure process had been marred by what she called “political interference.” The 1619 Project creator eventually turned down UNC’s offer, instead joining the faculty of historically BlackHoward University, alongside author and journalist Ta-Nehisi Coates.

Hannah-Jones, an alumna of UNC-Chapel Hill’s journalism school, did not respond to The 74’s requests for comment.

“I cannot imagine working at and advancing a school named for a man who lobbied against me,” Hannah-Jones wrote in an early July statement published through the NAACP Legal Defense and Educational Fund, which represented her.

Her new initiative at Howard, the Center for Journalism and Democracy, “will help produce journalists capable of accurately and urgently covering the perilous challenges of our democracy with a clarity, skepticism, rigor, and historical dexterity that is too often missing from today’s journalism,” she said.

Details on Hussman’s emails below: