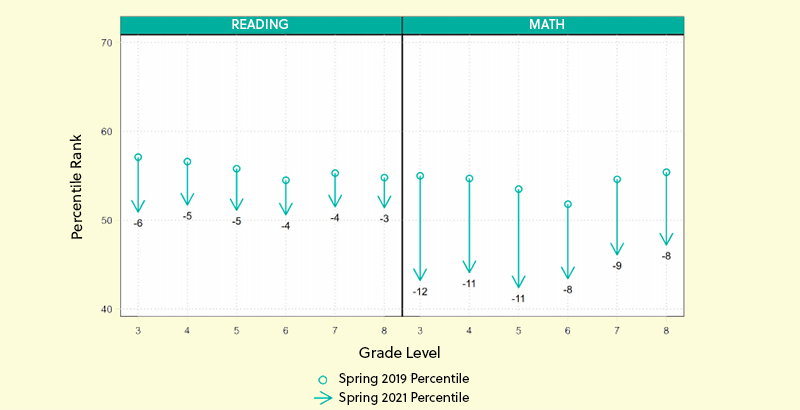 With the new school year getting underway, researchers are adamant that data gathered during the 2020-21 academic year lends new urgency to warnings they first sounded in the early days of the pandemic. Already behind academically, low-income students and children of color are increasingly disengaged from school and losing ground — especially in math and in early grades.

More alarming, the most disadvantaged children were also much less likely to take last spring’s assessments, suggesting that educators don’t yet have any idea how much learning loss their students have suffered. Indeed, a year and a half after COVID-19 forced nationwide school closures, it’s not clear how many students have disappeared from classrooms, are now homeschooling or will opt to learn remotely in the coming school year — if distance learning is even an option.

Even as the COVID-19 Delta variant and subsequent battles over school mask and vaccine mandates threaten the hoped-for return to normalcy, these mounting — and widely varying — losses in learning and enrollment should top education leaders’ agendas, researchers say.

“Our mantra, what we were trying to convey as a big picture point in [our recent] policy brief, is that the spending of American Rescue Plan funds should really reflect the disproportionate impact,” says Lindsay Dworkin, vice president of policy and advocacy at the nonprofit assessment company NWEA, which did some of the initial research on likely learning loss. “So we would call on states and districts to spend their funds in ways that support the students who need that support the most.”

COVID Learning Loss: New Texas Data Points to Impact of Pandemic, With Only One in Three El Paso Students Testing at Grade Level in Math