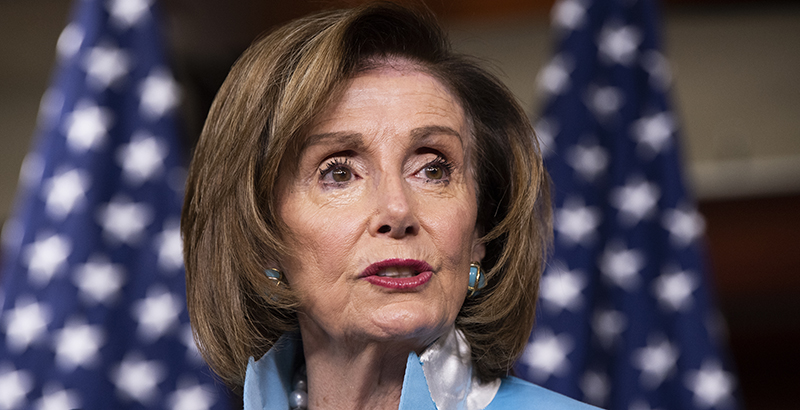 The U.S. Senate passed a $3.5 trillion budget resolution overnight, paving the way for committees to begin writing major legislation that would push historic levels of funding into early-childhood education, school construction and tax credits for families.

The vote came the day after the Senate passed a $1.2 trillion infrastructure bill, which now goes to the House. Speaker Nancy Pelosi has said she won’t introduce the infrastructure package for a vote until she’s assured all 50 Democrats in the Senate are on board with the rest of the party’s agenda regarding social, immigration and climate policies. But to get there she’ll have to balance competing agendas within her own party.

“The House will continue to work with the Senate to ensure that our priorities for the people are included in the final infrastructure and reconciliation packages, in a way that is resilient and will build back better,” Pelosi said in a statement Tuesday.

Moderate Democrats, however, are pressuring her to take action on the infrastructure bill now and not wait until later this fall when committee leaders in the Senate work out the details of the $3.5 trillion bill. Observers say it could be late fall before the plan passes the Senate.

“After years of waiting, we cannot afford unnecessary delays to finally deliver on a physical infrastructure package,” moderates said in a letter. “As we continue to recover from the pandemic, the American people are counting on us to drive real results for them in every single Congressional district.”

Senate Democrats are using a process called reconciliation that allows them to pass the spending package without any Republican votes.

Sen. Krysten Simena of Arizona, who took the lead on negotiating with Republicans over the infrastructure bill, and Joe Manchin of West Virginia, another moderate Democrat, have suggested the $3.5 trillion figure is too high.

But Rick Hess, a senior fellow at the conservative American Enterprise Institute, said he doesn’t think most Democrats will be “treating the fiscal implications of budgetary rules with much seriousness.”

Manchin crossed the aisle in a long vote session last night to approve an amendment to the budget resolution that opposes allowing federal funds to support the teaching of critical race theory in K-12 schools, such as hiring consultants for teacher training. Sponsored by Arkansas Republican Tom Cotton, the legislation would add to several state laws banning educators from teaching that racism is embedded in U.S. systems to advantage white people.

It’s the larger $3.5 trillion package that concerns most education advocates. In a letter to Congress Monday, 17 leading organizations urged lawmakers to include at least $130 billion in the reconciliation bill for school facilities — a concern that was left out of the infrastructure bill.

“The longstanding neglect of school facilities disproportionately impacts low-income school districts and those districts with particularly aging facilities,” the letter said. “These districts often lack a local tax base that can be leveraged for new school construction, major capital improvements, or building renovations and modernizations.”

School nutrition advocates want to see permanent funding for free school meals beyond the 2021-22 school year. Over 400 organizations have signed a letter saying such a policy “eliminates the cost barrier for families who do not qualify [for free or reduced-price meals], but who still struggle to make ends meet.”

It’s unclear, however, whether Democrats can stretch the $3.5 trillion to cover everything they’d like to deliver, including $200 billion for pre-K, $109 billion for two years of free community college and several teacher education and higher education initiatives. The president’s agenda would also extend an increase in the Child Tax Credit for four more years and include paid family leave.