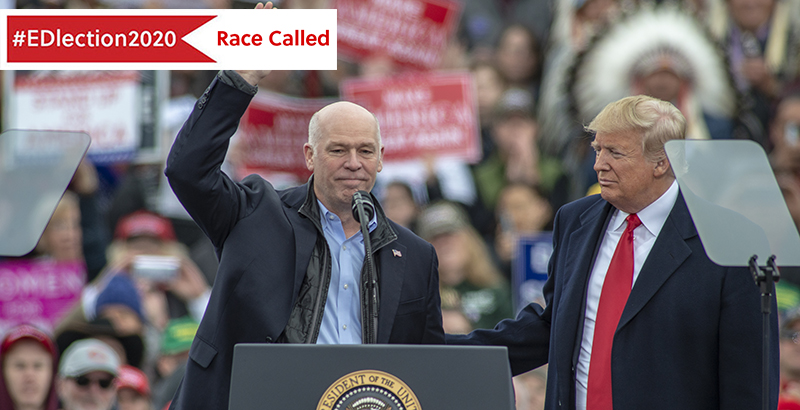 Gianforte, who was endorsed by President Donald Trump, had 53.1 percent of the vote as of Wednesday morning, with most precincts reporting. Cooney had 43.1 percent.

Pre-Election Day, Montana’s governor’s race was considered the tightest of 11 state races. Gianforte will be the state’s first Republican governor in 16 years, giving Republicans control in both branches of the state legislature along with the governor’s mansion.

“It’s time for Helena [the state capital] to change the way they do business,” Gianforte said in a speech Tuesday night.

Cooney appeared the public schools candidate during the campaign, calling the education system the “backbone of our economy” and promoting ideas like publicly funded pre-kindergarten. Gianfortehas said his focus would also be on public schools because that’s where the “vast majority” of the state’s students are — about 90 percent.

Public school teachers, he’s added, “need to be paid more, particularly our starting teachers.” Montana in past years has offered among the lowest starting salaries nationwide.

But many advocates are wary that Gianforte’s past statements and actions prove he’s intent on expanding school choice.

The Montana Federation of Public Employees, which represents the state’s public school educators, voted this spring to condemn his candidacy — something newly instated president Amanda Curtis said was never done before.

“He, I believe, will eliminate this union and privatize Montana education,” she said.