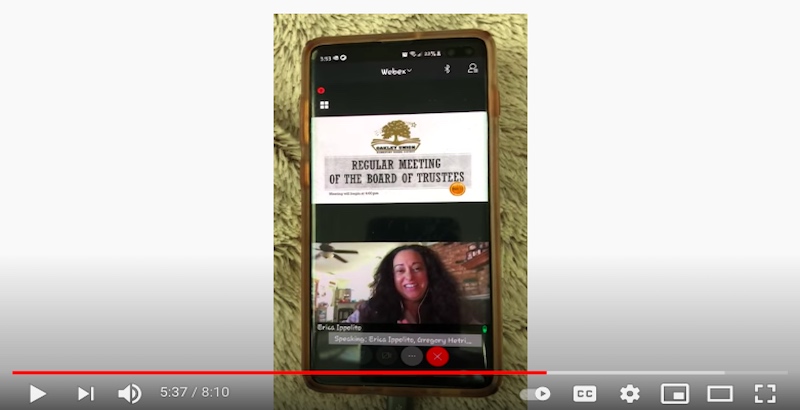 The YouTube video was uploaded anonymously last Thursday, with a simple description: “This video was taken of the February 17, 2021 meeting of the Board of Trustees of the Oakley Union Elementary School District … I do not wish to conduct any interviews. I only wish for our local public school to be run by better people.”

The students of Oakley, located 50 miles northeast of San Francisco, have been learning via virtual classes since last March due to the ongoing pandemic. The comments captured in last week’s video showed school board members mocking and decrying parents pushing for a resumption of in-person classes.

Board president Lisa Brizendine can be heard saying parents “forget that there’s real people on the other side of those letters that they’re writing … It’s very unfortunate that they want to pick on us because they want their babysitters back.” Watch the full video:

Some 24 hours later, as the video began capturing the attention of such local media outlets as KPIX TV as well as national reporters at CNN, HuffPost and the New York Times, Brizendine and three of her board colleagues announced their resignation. Superintendent Greg Hetrick announced the moves in a letter sent directly to district families, which included a direct statement from those resigning which said, in part, “we deeply regret the comments that were made in the meeting of the Board of Education earlier this week … We love our students, our teachers and our community, and we want to be part of the remedy to help the District move forward, returning its full focus to students’ needs. To help facilitate the healing process, we will be resigning our positions.”

Below, some of the additional coverage that captured the livestreamed remarks, the Oakley fallout, and what is to come next for the district following the resignations:

—The 74: Why parents are worried — Survey finds more than half of parents see negative effects in how remote learning is affecting their children (Read the full story)

—CNN: An entire school board resigned after they criticized parents during a public virtual meeting (Read the full story)

—Erika Sanzi: Parent-shaming is nothing new (Read the full story)

—The 74: Antonucci — Biden set a goal of returning students to classrooms in 100 days, but it’s not the president who holds the real power to reopen schools (Read the full story)