Philadelphia School Reform Commission Votes to Abolish Itself After 16 Years 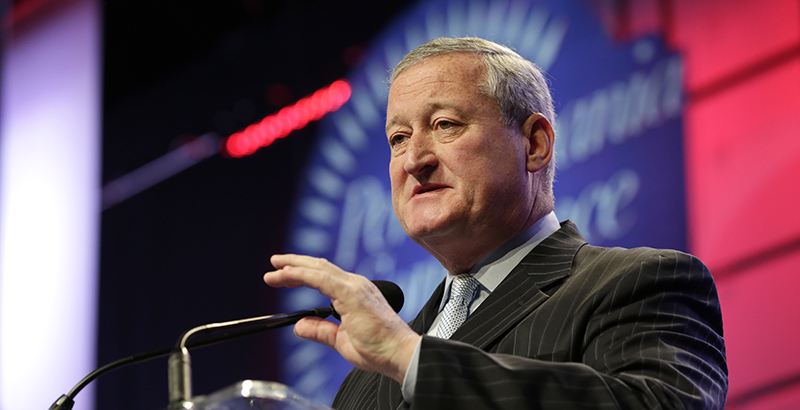 Members of Philadelphia’s state-sanctioned School Reform Commission — a controversial five-member panel that has governed the city’s public schools in lieu of a school board for the past 16 years — moved to abolish that body in a historic vote on Thursday, triggering both exultation and concern from local education observers.

The disbandment clears the way for the appointment of a new school board, which will take control over the district at the end of the 2017–18 school year. Members would be appointed by the mayor, though a forthcoming referendum will likely give the city council approval over his selections. Members of the new board will face immediate challenges, including declining public school enrollment and significant structural deficits.

Still, many Philadelphians cheered the vote at the end of last week. Parents, activists, and teachers gathered at the district’s headquarters to celebrate the return of the district to local control. The commission is widely seen as an imposition on municipal autonomy; a 2015 Pew survey revealed that just 11 percent of Philadelphians supported its existence.

“The takeover was a massive educational experiment on black and brown and immigrant children — from reckless charter expansion to mass school closings,” Councilwoman Helen Gym told the Philadelphia Inquirer. “These were strategies not backed by any educational research, they didn’t solve the existing and terrible problems within the district, and they hurt far too many children. Today, we recognize that we need to chart a new path.”

Randi Weingarten, president of the American Federation of Teachers, called the move “a huge victory for the people of Philadelphia.”

Not all board members voted for abolition. Former chairman Bill Green, an energetic reformer and son of a Philadelphia mayor, cast the lone dissenting vote. Farah Jimenez abstained, warning that the precarious nature of the district’s finances called for caution going forward. Budget officials say that the school system could face a nearly $1 billion deficit by 2022.

The development follows a trend of big-city districts reverting to local control years after takeovers by state legislators. This January, the first fully empowered school board in seven years was seated in Detroit, and Newark re-emerged from 22 years of state control in September.

The commission was created in 2001 as a compromise between city officials and state lawmakers, who wanted more of a say in a district that was $200 million in debt. Philadelphia is one of the most academically troubled major districts in the country, a problem made all the more intractable by the yawning gaps in per-pupil school funding across the state of Pennsylvania.

Many figures in the city opposed its creation, viewing the panel as technocratic overreach. The mayor was allowed to nominate two members of the SRC, while the state’s governor was given three nominations. The imbalance rankled locals, particularly the Philadelphia Federation of Teachers, which has opposed budget cuts and education reform measures like the expansion of charter schools.

The cutbacks imposed by the SRC and Superintendent William Hite — another oft-criticized figure among the city’s labor activists — became a particularly painful bone of contention, as nearly 4,000 workers were laid off in 2013 and 2014 and 24 school buildings were closed. But the architects of the retrenchment say they were necessary steps to keep the district’s lights on.

In return for granting the state such a generous measure of control, it’s not clear that the city profited. An analysis conducted by the state’s department of education shows that per-pupil funding in Philadelphia has remained essentially stagnant in the SRC era, even as the majority of the district’s pupils live below the poverty line.

With the election of Democratic Governor Tom Wolf in 2014, the stage was set for a change. A political ally of the teachers union, Wolf promised as a candidate to ditch the SRC. The 2015 ascent of Mayor Jim Kenney, who also won the union’s endorsement, made the unwinding almost inevitable.

In an op-ed, former SRC chairman Green counseled incoming board members to take lessons from the reform commission.

“A new school board and the city could face hard choices if the state no longer has a say in district governance,” he wrote. “When you tell the state to get lost, it just might.”