One Under-the-Radar Factor That School Systems Showing Progress on NAEP Have in Common: Leaders From Chiefs for Change 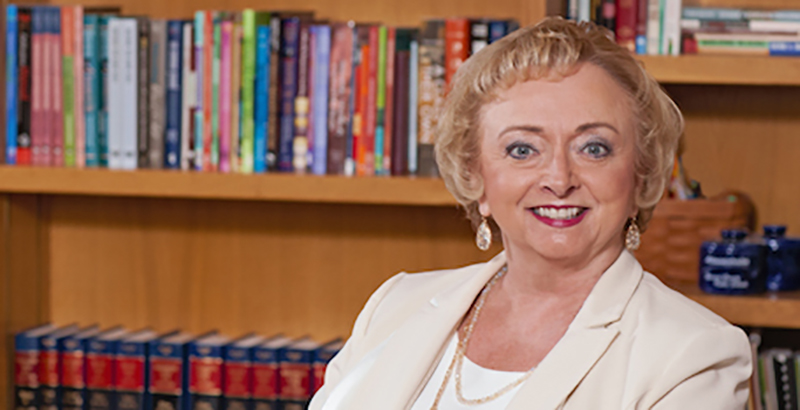 With the biennial exercise that is deconstructing the results of the National Assessment of Educational Progress (NAEP) in full swing, there’s one observation to add. While overall results of the exams this year are disappointing, many of the state and local school systems that bucked the trend by posting gains are helmed by members of the nonprofit education leadership organization Chiefs for Change.

The only states posting gains in eighth-grade math and reading and in fourth-grade reading have a state education commissioner or superintendent who is a network member. Of the eight states (including the District of Columbia, which has both a local chancellor and a state superintendent) that saw increases in fourth-grade math, four are under the direction of Chiefs for Change members.

Four urban districts headed by network members that participated in a subset of the exams — the Trial Urban District Assessment, or TUDA — also showed gains.

“One of the things they have in common is sustained, consistent leadership employing evidence-based strategies over time,” said Mike Magee, CEO of the four-year-old organization. “That aspect of education is undersold.”

While on the whole, scores are up over the past 30 years, the 2019 results showed a widening gap between the lowest-scoring students, whose scores declined this year, and the highest-performing.

Mississippi, the District of Columbia, Louisiana, Nevada and Tennessee all saw strong gains in at least one subject and grade level and are all led by chiefs network members. Mississippi and Washington, D.C., in particular have garnered laudatory headlines in recent days for nation-leading gains.

Among other positive results, Mississippi was the only state to post an increase in fourth-grade reading, something state Superintendent and Chiefs board member Carey Wright credits to a decade of efforts to improve research-based early literacy strategies. Before her appointment as state superintendent in 2013, Wright served in a number of high-performing school systems, including D.C’s.

Along with Mississippi, D.C. is one of two state systems to post gains on three of the four tests administered, and considered one of the nation’s fastest-improving large districts on several measures. State Superintendent Hanseul Kang and Chancellor Lewis Ferebee are both Chiefs network members.

The Chiefs for Change network provides support for existing top schools leaders to work on common challenges and exchange promising strategies, and mentorship to aspiring district and state leaders. It’s not surprising to Magee, then, that similar philosophies and tactics show up in several places where students did well on NAEP.

Unheralded, in his opinion, is the level of attention paid to teacher needs in the more successful school systems. “In the districts where we saw improvement, there’s an underappreciated level of teacher support,” said Magee. “Initially, by setting a clear and ambitious set of standards, and then by making sure every teacher across the system has access to high-quality instructional materials and that professional development is aligned to that.”

Another element he singled out was a commitment to transparency about what results schools are obtaining and the tactics that are driving improvement, and to making sure that families are able to understand data and its implications. “It actually puts schools in the right position to ask the right questions,” he said. “What is this school that’s doing well doing, and how can we use that to support the school that’s struggling?”

While acknowledging the disappointing NAEP results overall, Magee said the bright points tell him that pushing performance higher is an attainable goal. “We are already seeing very meaningful improvement in what students are able to achieve,” he said. “That work has just begun.”