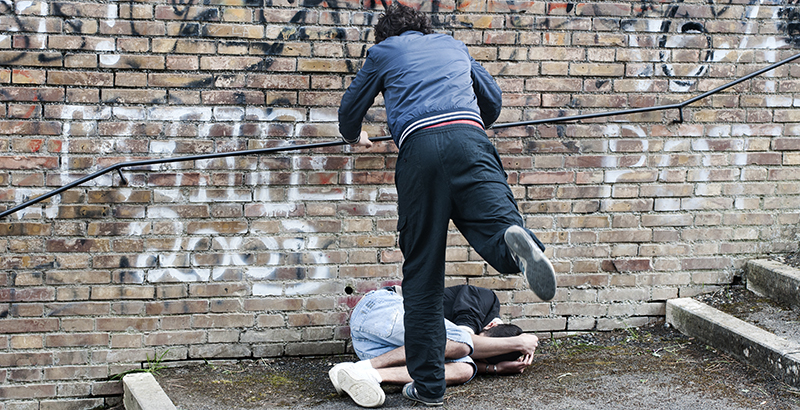 Reported hate crimes at K-12 schools and colleges surged by 25 percent last year, according to new Federal Bureau of Investigation data — the second year in a row in which such incidents spiked by roughly a quarter.

While the number of hate crimes increased last year, so did the number of local law enforcement agencies reporting data to the federal government. An additional 1,000 law enforcement agencies contributed information on hate crimes last year compared with 2016, according to the FBI. The FBI’s civil rights program has made hate crimes its highest investigative priority, the agency said, and it’s working with local police to promote better reporting.

Better reporting is likely a factor in the increase, but advocacy groups say they have also observed an uptick in incidents since the 2016 presidential election campaigns began. In the days after President Donald Trump was elected, the Southern Poverty Law Center conducted a survey of education leaders, who reported an uptick in verbal harassment as well as incidents involving swastikas and Nazi salutes. In the first month of school this fall, the group identified 43 incidents of hate in schools, a majority of which centered on anti-black racism.

“In recent months, the news media has been filled with reports of hateful incidents in schools, including swastikas etched into bathroom tile, racist videos made by students and teachers donning anti-immigrant Halloween costumes,” Maureen Costello, director of the law center’s Teaching Tolerance project, said in a statement. She said she’s not surprised by the increase in reported hate crimes at schools but noted that hate “doesn’t take a detour at the schoolhouse door.”

“The children in our schools are simply reflecting the divisions we’re seeing throughout America,” Costello said. “The danger is that children may learn that hate and extremism are normal, and that bullying and violence are acceptable.”

But Nadine Connell, director of the Center for Crime and Justice Studies at the University of Texas at Dallas, took a more glass-half-full perspective. While divisive campaign rhetoric may have emboldened some people to act on hateful impulses, it could have also prompted greater reporting among both victims and police. Because hate crimes are historically underreported, she said the FBI data may not represent the full extent of such incidents in America.

Of the 7,175 hate crimes law enforcement agencies reported to the FBI last year, 10.5 percent occurred at schools and colleges. The data also include demographic information on hate crime offenders and victims: 17 percent of perpetrators were minors, as were 12 percent of hate crime victims.

Although the FBI doesn’t clearly disaggregate data between universities and K-12 schools, Connell suspects hate crimes are more prevalent at the college level.

The report, released weeks after a gunman killed 11 people at a Pittsburgh synagogue, also outlined a 17 percent increase in anti-Semitic attacks. More than half of anti-religious hate crime victims were targeted because they are Jewish, according to the FBI data.

Meanwhile, anti-Semitic incidents at schools and colleges spiked sharply last year, according to the Anti-Defamation League. On college campuses, anti-Semitic incidents doubled, the group reported. This week, police launched an investigation after a photograph went viral online of Wisconsin high school students posing with what appeared to be Nazi salutes.

Hate crimes based on race or ethnicity accounted for more than half of incidents reported at K-12 schools and colleges in 2017, according to the new FBI data. Religion-based incidents accounted for another quarter. In Massachusetts, school officials launched an investigation after an elementary school girl, who is Muslim, received notes at school last week that called her a terrorist and threatened to kill her.

Connell said hate crimes based on race or ethnicity are likely more prevalent because physical differences are easier to identify and are therefore more easily targeted. Religious institutions, like synagogues, are also easy for perpetrators to identify, she said.

While 2017 saw a spike in reported hate crimes, overall violent crime was down slightly after increasing in 2015 and 2016. Violent crime has also been on the decline in schools in recent years, according to National Center for Education Statistics data.