Despite Focus on School Shootings, Classroom Violence is on the Decline — and 5 Other Key Facts from a New Federal Report on School Safety 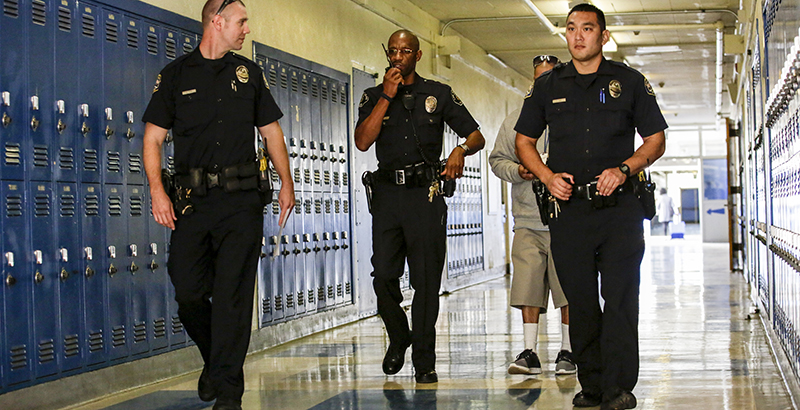 The new school crime and safety report, released annually by the National Center for Education Statistics and the Bureau of Justice Statistics, comes six weeks after a gunman killed 17 people at a high school in Parkland, Florida. As student homicides and suicides at schools have remained consistently low over the last two decades, the new data shows a decline in school weapons possessions and crimes reported on campus. And while districts have dramatically scaled up security measures — including a 400 percent increase in campus surveillance cameras — the latest report indicates students feel safer at school.

The report relies on the most recent school violence and safety data, which is from 2015, and does not necessarily reflect trends over the last three years. School crime and violence comes with a range of negative outcomes for student victims, including increased truancy and poor academic performance. School crime victims also more likely to drop out of school.

“While there are positive trends in the annual report on crime and school safety, we know — and have tragically been reminded in recent weeks — that there is much more we must do to keep our nation’s students and teachers safe at school,” DeVos said in a statement. “That is why the Federal Commission on School Safety is committed to working quickly to find common-sense solutions that can be implemented right away to improve school safety and ensure all of our nation’s children can learn in a safe and nurturing environment.”

From a rise in school security staff and an improved perception of student safety, here are 6 key takeaways from the new federal report: 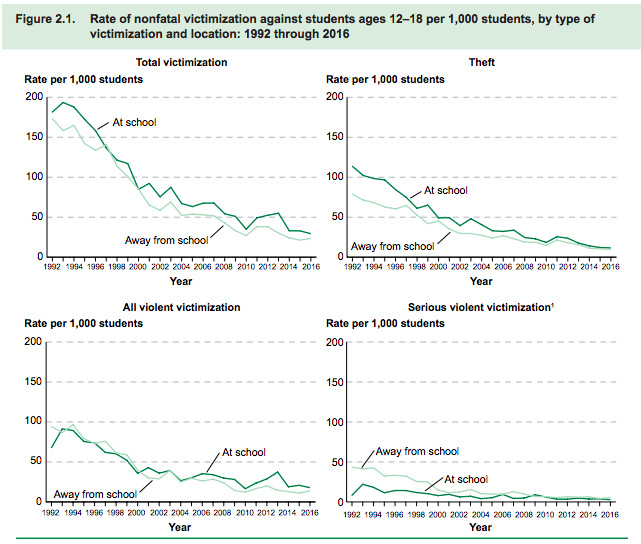 Meanwhile, fewer high school students were reportedly in physical fights, both on and off campus. In 1993, 16 percent of students reported being in a physical fight over the course of a year. By 2015, that percentage dropped to 8 percent.

During the 2015-16 school year, 79 percent of public schools recorded at least one campus crime, including violence and theft — a rate of 28 crimes per 1,000 students, lower than all previous survey years since the 1999-2000 school year. 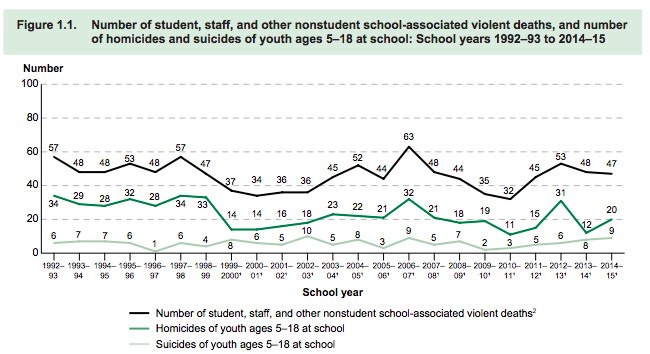 In a contrast to student victims, the latest data indicate an uptick in student attacks on educators. During the 2015-16 school year, 6 percent of public school teachers said they were attacked by a student from their school, and 10 percent said a student had threatened them with injury. In all other survey years except 2011-12, about 4 percent of teachers reported being physically attacked.

Additionally, nearly half of teachers say student misbehavior negatively affects the classroom environment. In 2015-16, 43 percent of educators reported that student misbehavior interfered with their ability to teach, and 38 percent said the same about student tardiness.The share of educators saying that student misbehavior interferes with their work has increased in recent years. This point was quickly highlighted by pundits who argue efforts to reduce student suspensions — a goal embraced by the Obama administration and by district leaders across the country — could prompt more chaos in classrooms.

Schools are more secure today than they were a decade ago

In response to the mass school shooting in Florida, President Donald Trump argued the government should take steps to “harden” schools through a variety of methods, including arming teachers. But school shootings over the last few decades have already spurred district leaders to heighten security. 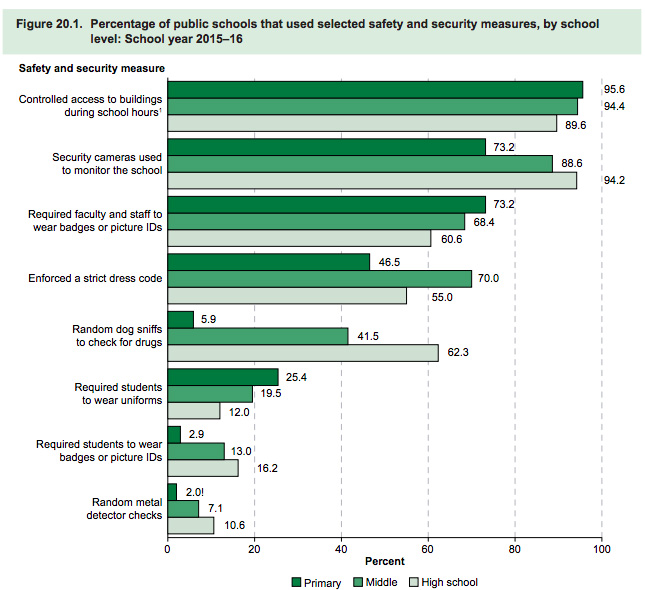 The presence of school security staff, including armed school resource officers, has also spiked over the last decade. During the 2005-06 school year, 42 percent of public schools reported the presence of security staff at least one day a week, compared to 57 percent in 2015-16. Over the same period, the presence of sworn law enforcement officers jumped from 36 percent to 48 percent.

Among secondary schools with any sworn law enforcement officer present at least once a week, a lower percentage of schools in cities reported having an officer who carried a firearm compared with schools in suburban and rural areas. 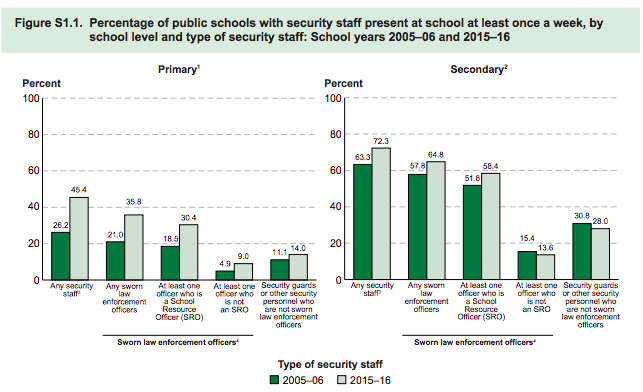 The presence of gangs in schools has decreased

Between 2001 and 2015, the percentage of students ages 12-18 who reported that gangs were present at their school decreased from 20 to 11 percent.

Students from urban areas were more likely to report a gang presence in their schools than students from suburban and rural communities.

Combating bullying at schools has been a huge focus in recent years among policymakers and advocates. It’s possible that those efforts are paying off. 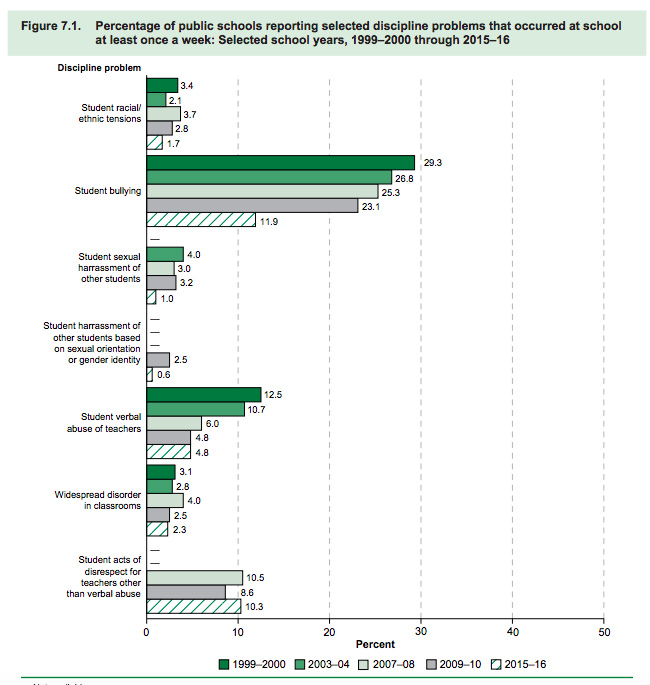