In the Aftermath of Net Neutrality, District Leaders Should Be Proactive With Service Providers, Experts Say 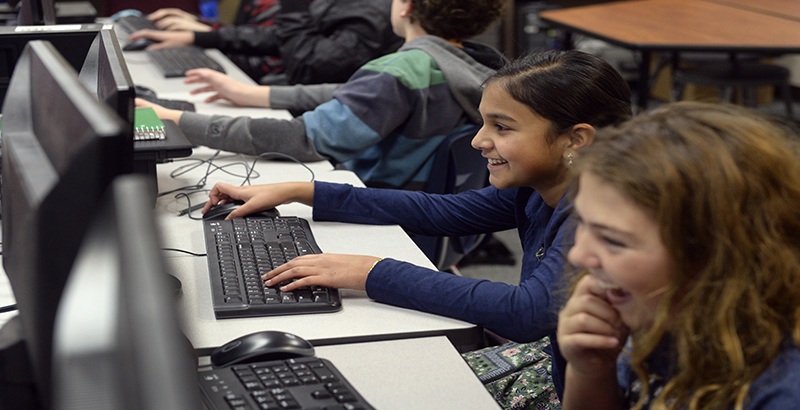 At a time when educators are increasingly focused on personalized learning and technology education, reliable internet connections in the classroom are more important than ever. But the recent demise of net neutrality could threaten those connections by raising prices, slowing downloads, and blocking some content, which could strain district finances and create headaches for teachers who use multimedia resources for teaching and testing.

The now-defunct federal net neutrality policy, which ended June 11, barred internet service providers from prioritizing web traffic or content. Critics are worried that deregulation will pave the way for providers to create “fast lanes” that allow some content to load or stream faster than others or require users to pay extra for some types of content. Some advocates have also said that the end of net neutrality could stifle innovation by making it harder for smaller education technology companies to operate and for teachers and students to access their content.

Some states have attempted to maintain regulations at the state level. The governors of New York and Montana, for example, have signed executive orders requiring providers to abide by net neutrality. Washington state has enacted its own net neutrality legislation that ensures providers treat all traffic and content the same.

School and district leaders concerned about the end of net neutrality should be proactive when dealing with internet service providers to avoid slowdowns and connectivity problems, experts say.

If they are concerned about “throttling” — which occurs when content from some sources is intentionally delivered at a slower pace — leaders should specify in their E-rate applications and contracts with internet service providers that they require neutral service. In other words, they should “make it a cost of doing business” with the district that the provider does not throttle or block any websites or content without the district’s permission, said John Harrington, CEO of Funds for Learning. His organization helps schools and libraries with E-rate applications, through which they apply to the federal government for subsidized internet and phone service. Unlike individual consumers, school districts have some leverage to negotiate their terms with internet service providers. Additionally, most of the major internet service providers have said they will not take advantage of the recent deregulation, so districts should be able to get them to sign on to a contract that puts that commitment into writing, Harrington told The 74.

Reg Leichty, a lobbyist for the Consortium for School Networking, a professional association for school system technology leaders, said there are three things districts can do to guard against rising prices and web slowdowns: be vigilant about possible service changes when creating contracts with internet service providers; record any problems with service and report them to the Federal Trade Commission; and connect with other districts to share information and advocate together for regulation as needed. He said it is “unfortunate” that school districts now have to “police the market,” which was previously the role of the Federal Communications Commission.

Harrington and Leichty agreed that rural districts could be hit the hardest because they are most likely to have only one option for internet service. That makes it even more important that they document concerns and report them to the FTC, Leichty said.

“All districts need to take responsibility for inventorying these problems and then sharing them up to the FTC so that they have a record upon which to act if there are problems,” Leichty said.