‘Gritty’ Kids Vote More: What the Research Shows About How Schools Build Citizens 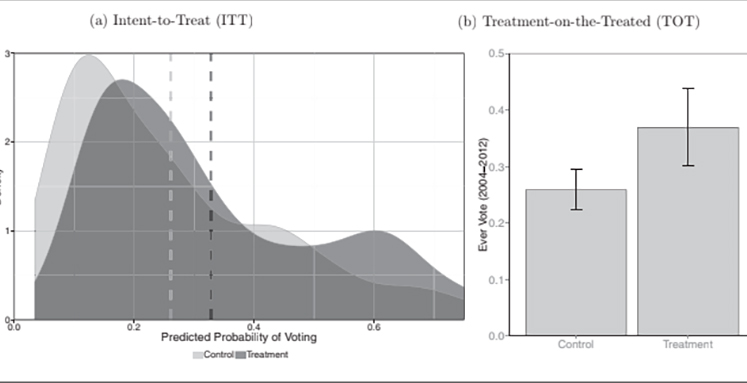 “Gritty” students have the makings of great citizens, according to new research published in the British Journal of Political Science. In a survey of North Carolina middle and high schoolers, kids who showed signs of tenacity and self-belief also described themselves as being more involved in their schools and communities, and they were more likely to say they intended to vote.

Following a midterm election cycle in which less than half of all eligible voters cast a ballot — a paltry number that nevertheless represents a 50-year high — the results suggest that schools have the power to shift more students toward energetic democratic participation.

Published in October, the study was originally conducted in 2015 and 2016 by Christina Gibson-Davis and D. Sunshine Hillygus, professors of public policy at Duke, and Brigham Young University political scientist John Holbein. The researchers partnered with the Wake County Public School System, the largest school district in North Carolina, to administer a wide-ranging survey to tens of thousands students in grades five, eight, and nine.

The survey asked students to rate themselves on measures of “grit” — the vaunted non-cognitive trait that helps people work toward long-term goals in the face of obstacles. Popularized by social scientist Angela Duckworth in a best-selling book of the same name, grit is often described as a mix of skills and attitudes that often predict individual success. These include self-efficacy (the belief that you have the ability to meet your goals), systematic thinking (the ability to plan around setbacks), and effortfulness (the willingness to work hard over long periods).

The concept has proved influential, and Duckworth, who was awarded a prestigious MacArthur Fellowship in 2013, now leads her own organization to research and promote the importance of character building inside and outside the classroom. But other academics have attacked the grit craze, claiming its emphasis on diligence and toil unfairly assumes that underperforming students (often poor and minority children facing a host of learning challenges) simply aren’t trying hard enough.

To assess their respective levels of grit, the Wake County students were asked to agree or disagree with a set of statements relating to their attention and work ethic (“I am a hard worker”; “I finish whatever I begin”; “Setbacks don’t discourage me”).

Next, they were asked whether they participated in volunteer work and whether they intended to vote when they were old enough. The survey also quizzed respondents on attitudes about school and their involvement in school activities — whether they enjoyed talking with teachers and fellow students, whether they worked to meet their teachers’ expectations, and whether they believed that classroom learning was important to their future goals.

In virtually all measures of school and civic engagement, kids who thought of themselves as gritty rated higher. According to administrative data, they were less likely to accrue unexcused absences and tardinesses. They were also more likely to say that they volunteered in their community, more likely to express belief in their political efficacy, and more likely to say that they intended to vote when they grow older. In short, gritty students generally saw themselves as more determined and effective future citizens.

Survey responses like these are a far cry from the kind of experimental data that social scientists typically use to infer connections between psychological makeup and behavioral tendencies. But in an interview with The 74, co-author John Holbein said that the beliefs expressed in this survey offer a promising window into student behavior and self-conceptions.

“We know that not everyone who says that they intend to vote will turn out to vote,” he acknowledged. “But there is a strong correlation between individual intention to vote and whether they vote later on. That’s the best we can do right now, and it’s pointing us in the direction of there being long-term effects.”

Holbein said that studies of political socialization (i.e., how people develop political ideas and attitudes) have ignored childhood and adolescence in favor of a focus on older civic actors. Political scientists have mostly concentrated on adulthood, when people begin voting, buying homes, and having kids of their own, he said. By contrast, psychologists and education researchers have searched for the roots of most adult behaviors, from pregnancies to workforce participation, in the early developmental phases.

Holbein argues that democratic tendencies are seeded during the K-12 years, when students begin to learn about their relationships to fellow citizens and democratic institutions through the proxies of teachers and classmates. Research has shown that involvement in sports teams, student clubs, and volunteer efforts — even those with no ideological alignment — is predictive of political involvement in the years after high school.

“This is sort of like a practice run for kids. They’re not joining unions or political parties at this stage of their lives, but they’re getting the dry-run version of that. Maybe they’re joining the Beta Club, or student government, or some other social association that … is helping socialize them to habits and norms and skills they’ll need to engage later on in life. These are like baby forms of civic engagement that mirror later forms.”

And to the degree that civic engagement is wrapped up in grit, which experts believe can be taught to students from a young age, these studies introduce the tantalizing possibility that schools can begin preparing kids for the responsibilities of citizenship from kindergarten onward. 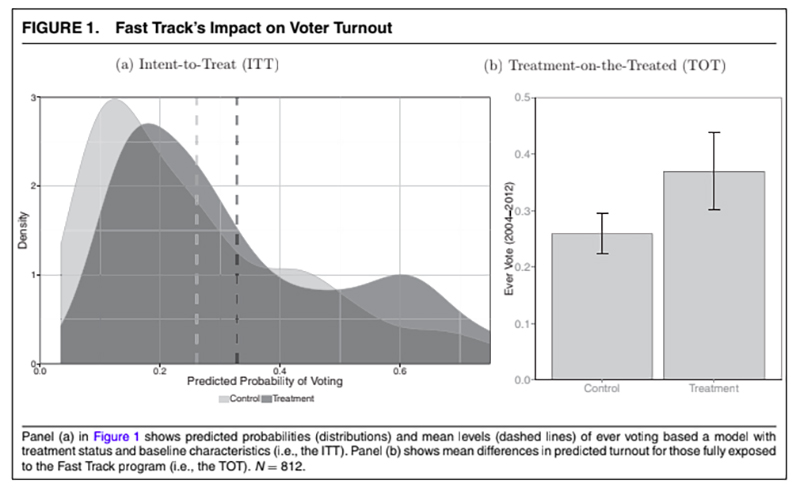 In a study Holbein published last year, he traced the voting records of disadvantaged students who were exposed to a program known as Fast Track, which specifically cultivated non-cognitive skills like grit, problem-solving, and emotional regulation. By their 20s, those students were between 7 and 9 percentage points more likely to vote. Fast Track didn’t yield particularly impressive achievement gains, but in a way, that made the civic results more noteworthy: Children became more active citizens even without seeing major academic benefits.

Holbein and his co-authors intend to track the Wake County survey data to determine whether the grittiest kids develop into the most involved citizens. In the meantime, he says, researchers should look to childhood to chart the origins of democratic thought and action.

“What my research is suggesting is that a lot of the general skills and attributes that one develops earlier in life might not [immediately] manifest themselves — teenagers don’t generally have the opportunity to vote — but these things do become active when people come of age and have a chance to have their voices heard in politics.”