Exclusive: The Winds May Be Shifting at NYC Schools, as Mayor Isn’t Considering Carmen Fariña’s List of Internal Candidates to Replace Her as Chancellor 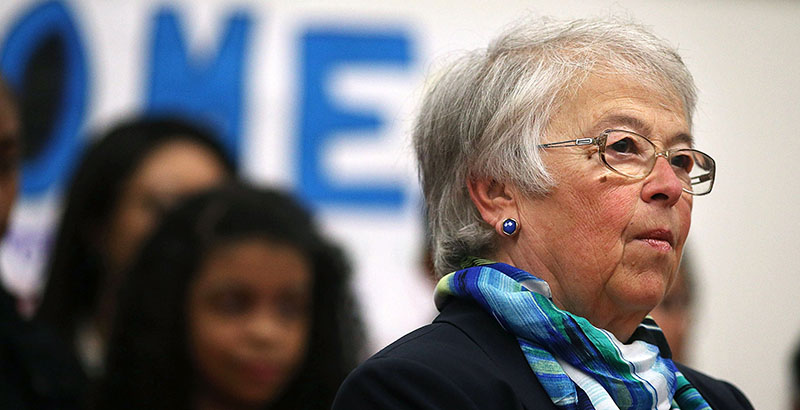 The news Wednesday afternoon that New York City Schools Chancellor Carmen Fariña is preparing to announce her retirement from perhaps the country’s highest-profile educational leadership post was quickly, inevitably, followed by speculation about her replacement.

Fariña is expected to call a 9:30 a.m. meeting Thursday with members of her Department of Education staff to address her pending departure.

But although that move was described in multiple published reports as the 75-year-old educator’s decision to retire for a second time, a source with knowledge of the DOE and City Hall said late Wednesday that Mayor Bill de Blasio’s administration is not looking at Fariña’s suggested list of internal candidates to fill her roughly $227,700-a-year job.

Politico New York, which broke the news, said a national search is underway — not surprising, given the scope and stature of the position. But the extent to which Fariña will or will not play a role in that selection may reflect a distancing between herself and the mayor nearly five years after he persuaded her to emerge from retirement to take on the challenge of overseeing New York City’s 1.1 million public school students.

Previous NYC Schools Coverage at The 74: