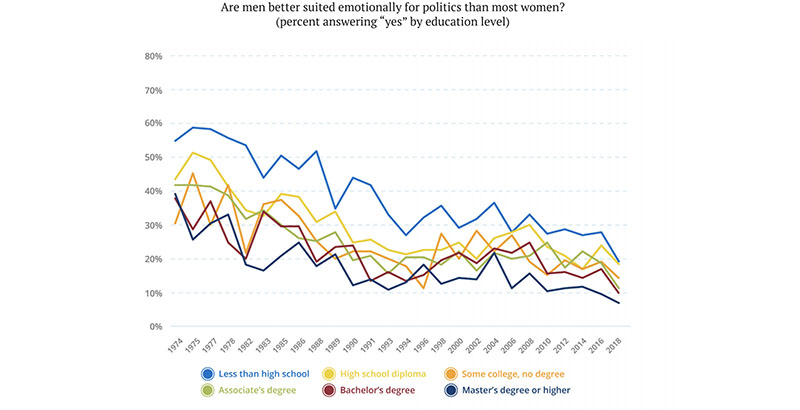 Source: Georgetown University Center on Education and the Workforce, May the Best Woman Win?: Education and Bias against Women in American Politics, 2019.

Whether you believe women are “emotionally suited” to hold political office is closely tied to your level of education, a new report suggests.

Education level “strongly predicts” bias against women in politics, according to an analysis released Tuesday by the Georgetown Center on Education and the Workforce. Nineteen percent of those surveyed with less than a high school degree said men are “ better suited emotionally for politics” than are most women, compared with just 7 percent of people with postgraduate degrees who said the same. One in 10 respondents with a bachelor’s degree agreed that men are more suitable for political office.

That bias is “troubling,” said Nicole Smith, CEW chief economist and an author of the report.

“It’s no real surprise that education is highly correlated with more tolerant views overall,” Smith said. “But what was surprising was the extent to which those differences still held in 2018.”

Prejudice against women in politics has fallen in the United States since the 1970s, but the authors note that the bias that persists could be enough to swing an election against a female candidate.

Overall, 13 percent of both women and men said they agreed that men are “better suited emotionally for politics than most women.” That figure was close to 50 percent in 1975. 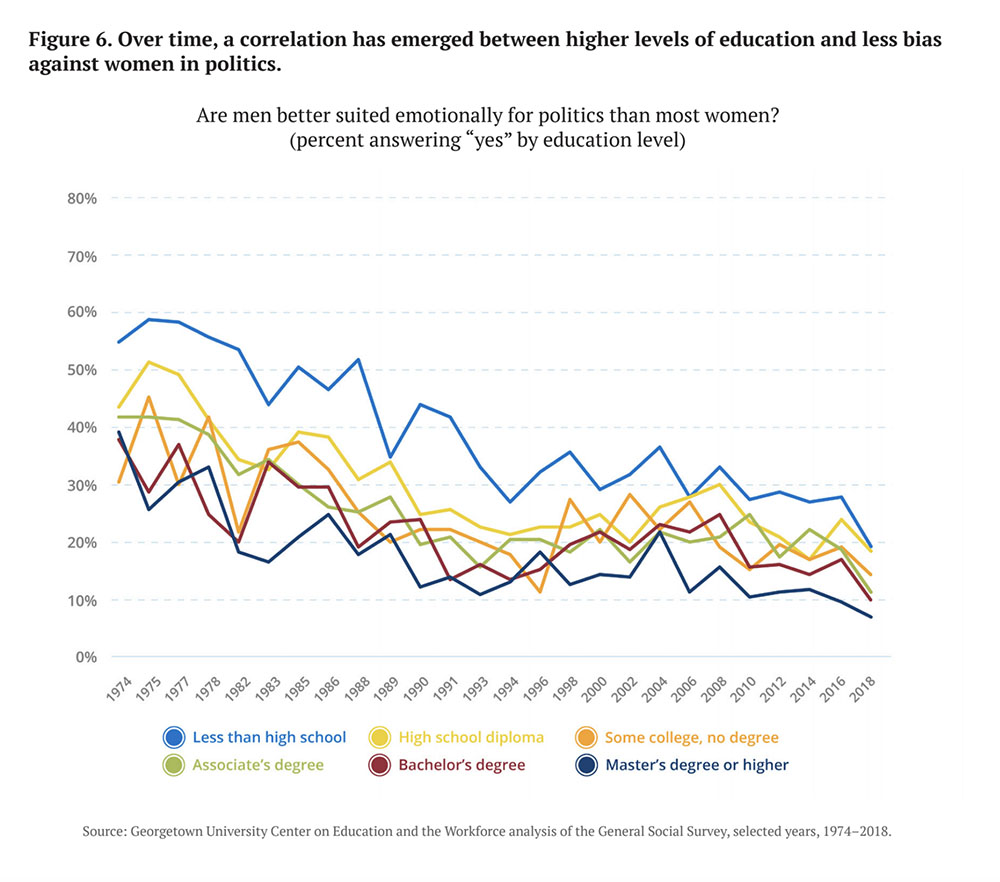 Georgetown University Center on Education and the Workforce, May the Best Woman Win?: Education and Bias against Women in American Politics, 2019

Although the 2018 midterm elections saw a record number of women elected to Congress, men still hold about 75 percent of seats there — at a time when American educational attainment is at an all-time high. 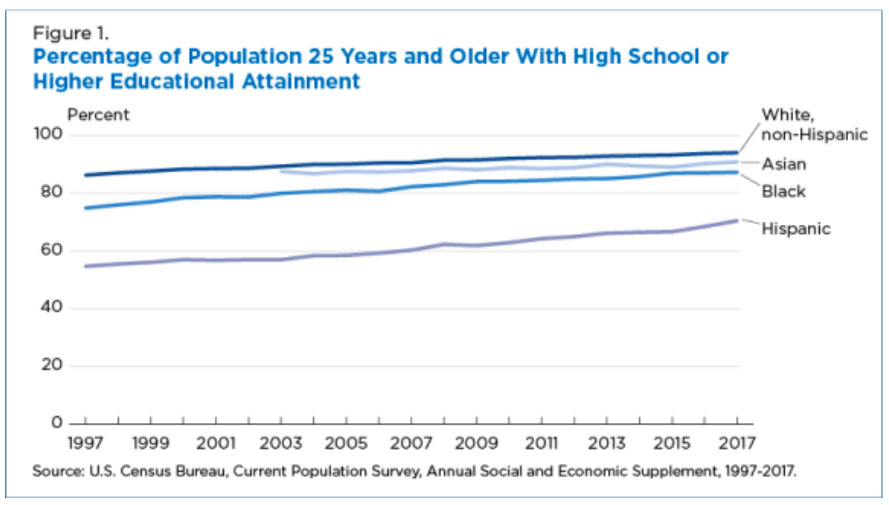 The authors write that the results support “the common belief that education is an antidote to intolerance,” at least in the case of bias against women in politics. The report also notes that an “imbalance” in media coverage can complicate how voters view candidates.

The silver lining, Smith noted, is that the share of respondents who don’t believe women are suited to political office has been getting smaller over time.

“All of the evidence, in my opinion, points to the fact that as we move into the future and become more educated, we should observe lower levels of people uncomfortable with the idea of a woman running for office,” she said.

Disclosure: The Bill & Melinda Gates Foundation provided support for this report and also provides financial support to The 74.

COVID Will Hurt NYC Students — But Not the District

Setting Up a Pod that Works for Your Kids

Back to School Around the World