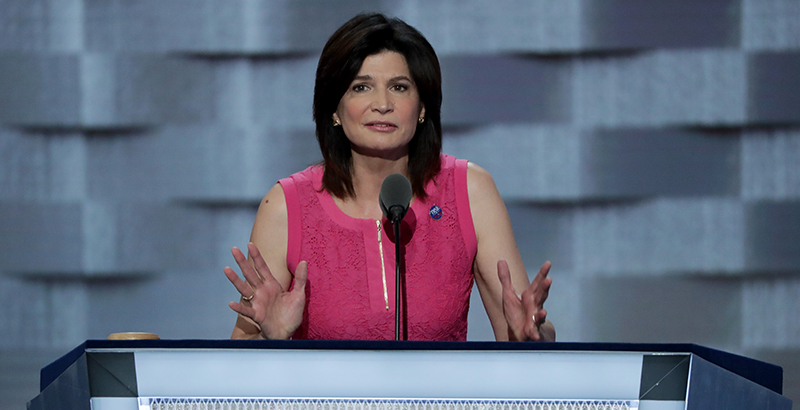 Controversial comments that Lily Eskelsen Garcia made five years ago in an address to a progressive advocacy organization have resurfaced this week as speculation continues over whether the former National Education Association chief will be named President-elect Joe Biden’s pick for education secretary. As Linda Jacobson reported on Wednesday, backlash has been mounting online this week over the speech, during which Eskelsen Garcia can be heard detailing a list of students with diverse needs, such as the “hearing impaired” and “physically challenged.”

She then also included “the chronically tarded and the medically annoying.”

On Thursday, numerous disability rights groups co-signed and circulated a letter they had sent to the Biden transition team, expressing concerns for Eskelsen Garcia’s track record on issues involving students with disabilities:

The signatories of this letter are national advocacy organizations that represent students with disabilities, their families, and the educators who serve them. Together, we advocate for policies that ensure students with disabilities are included in all aspects of society and have every opportunity to succeed. We write to express serious concern about the potential nomination of Lily Eskelsen Garcia as the Secretary of Education and positions previously taken by the National Education Association (NEA) while she served as their president.

Eskelsen Garcia served as President of the NEA from 2014 through 2020 and, in that role, led and oversaw the development of many positions that stood in direct opposition to those taken by parents and parent advocacy organizations in support of children with disabilities. The positions taken by NEA were detrimental to the success of students with disabilities. These include but are not limited to the following:

5. Opposing efforts to eliminate seclusion and reduce physical restraint in schools. Data from the U.S. Department of Education Civil Rights Data Collection continues to show that most students restrained and secluded were students with disabilities, who comprised 13 percent of all students enrolled, yet represented 80 percent of all students physically restrained, and 77 percent of all students secluded. Restraint and seclusion are dangerous practices that continue to cause children trauma, injury, and death. The disability community has advocated for many years that federal legislation is needed to establish national minimum standards to prohibit the use of seclusion and prevent the use of physical restraint in schools. NEA supported the Keeping All Students Safe Act in 2014 but then failed to do so under Eskelsen Garcia’s leadership through 2020.

As the leader of NEA, Eskelsen Garcia had the opportunity to steer the organization toward equity and access for students with disabilities but failed to do so. We have serious concerns about placing someone with such values at the helm of the U.S. Department of Education — a federal agency that is charged with upholding the civil rights of students with disabilities and improving outcomes for all students.

We would be happy to discuss these concerns in greater detail and hope you’ll seriously consider them as you develop and finalize the slate of potential nominees. We encourage you to ensure that any nominee for Secretary of Education has a strong track record of supporting the inclusion of and ensuring high standards for students with disabilities.