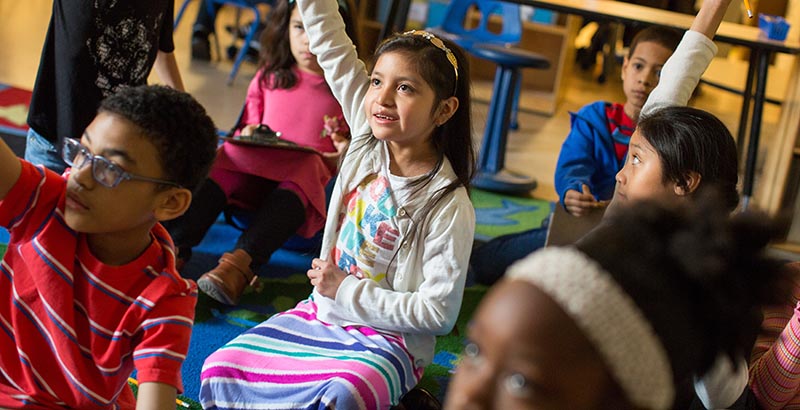 Courtesy of Allison Shelley/The Verbatim Agency for American Education: Images of Teachers and Students in Action

As Robin Lake recently observed, it is time to move past the phrase “education reformer.” In a curious linguistic twist, over the past decade, opponents of transformational change have co-opted the word “reform” and essentially converted it into a malediction.

I say “curious” because it is difficult to imagine the logic of turning “reformer” into an insult when African-American, Latino, and impoverished students are succeeding in school at devastatingly lower rates than their white and affluent counterparts; when student achievement has flatlined over the past few years after making real strides in the previous 15 years, and when inevitable changes in the U.S. economy guarantee that undereducated children are going to have an even lower chance of finding economic security in a job market that is being rapidly transformed by automation and internationalization. One would think that seeking to “reform” a system that yields these outcomes would be considered a good thing.

But given that the term “reform” itself has become freighted, I have no problem tossing it aside. What does matter is that the urgency of bravely pushing for positive change remains front and center; that we resist the temptation to return to the “anything goes” mentality that preceded the standards movement and No Child Left Behind; that we improve on, rather than abandon, proven ideas (like standards, accountability, empowering parents with more options, and acknowledging differences in teacher efficacy); and that we not fall prey to politically safe slogans like “personalized learning,” “student agency,” or “community schools” to the extent they operate as a substitute for making sure that every child, regardless of birth circumstances, is launched into adulthood prepared to succeed in life.

Lest I invite the wrath of those who are appropriately invested in developing such initiatives, I support them all — just not as ends in themselves, but only insofar as they actually advance the moral imperative of at long last achieving educational equity in this country.

Chris Cerf is a former New Jersey commissioner of education, deputy chancellor of the New York City Department of Education, and, most recently, superintendent of Newark Public Schools.