Robin Lake: Don’t Call Me an Education Reformer — I Don’t Know What That Means Anymore. I Do Know We Must Keep Evolving to Improve Schools 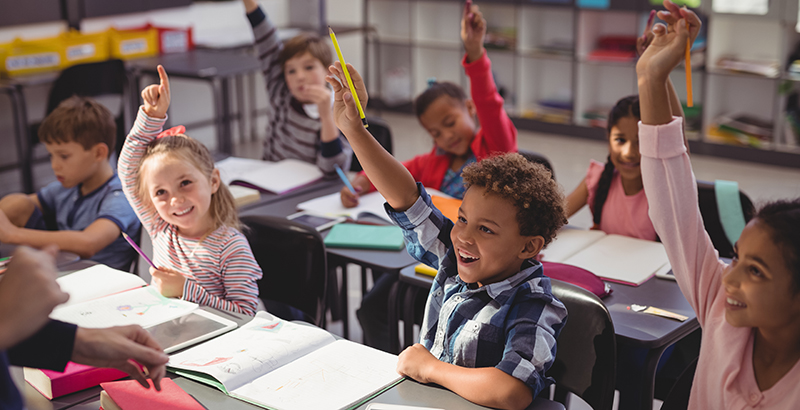 This might seem odd coming from someone who leads an organization that for 25 years has studied the need for systemic reform of American public education. But I’m done talking about reformers. I want to engage with real ideas and real people, not labels and groupthink.

Here’s why. I have no idea what the term means anymore. Who is not a reformer? Are nonreformers people who believe that we can get dramatically different results by standing pat, doing things largely the same way, without any structural or policy changes in public education? If so, I have little to discuss with them.

More often, I meet people who believe it is necessary to rethink those policies and structures.

But to imply that they are some monolithic group of reformers is ridiculous and plays into the desired stand-patter narrative that the demand for structural changes is driven by some elite, out-of-touch, anti-teacher group.

There have been many reform coalitions over the years, each with its own theory of action and allies. Standards-based reform was its own coalition and movement originating in the 1990s. It was originally driven by the national Business Roundtable and governors who saw an urgent need to prepare the workforce of the future. The idea was to create high standards, provide supports, and enforce consequences for failure to meet the standards. More recently, many business leaders fled when policies became controversial, governors turned over, the feds eventually ceded decisions about accountability to states, and parents and teachers got sick of testing.

At the same time, the charter movement was forming. It was a motley crew of allied groups with radically different views. There were social justice activists (I remember one charter conference where people joined hands and sang “We Shall Overcome”), free-market folks, and good-government wonks. Paul Hill and I argued in our book Charter Schools and Accountability in Public Education that the two movements needed each other: Charters provided the flexibility schools needed to reach high standards, and the standards movement provided the safeguards. But the early charter movement wanted little to do with the standards movement, and vice versa.

These vastly different groups came together in the mid-2000s around state teacher evaluations, professionalized charter management organizations (the movement became known as a sector), and the Common Core State Standards. But many (including me) disagreed with the direction of a movement or movements that seemed to be overreaching. Recently, what was always a fragile alliance of strange bedfellows has frayed over intersecting issues and racial and partisan tensions.

Today, many teachers and parents and advocacy groups are working for policy changes around mastery-based learning, career preparation, disability rights, and many other issues. Sometimes their issues align with the standards and choice people. Sometimes they do not.

The most consequential change agents today, in my view, are people like Sarah Carpenter and Lakisha Young, who are driving change in their communities by standing up to interest groups and elites of all stripes to ensure their students get what they need, no matter what.

There has never been a group of reformers with one agenda. But it helps the stand-patters to make people believe there is so they don’t seem like the minority, which I believe they are. It’s always easier to fight against change than for it, but who can look at the data, the inequities in the current education system and what’s been tried in the past, and honestly say stronger accountability, more flexibility for educators, and more options for families are not needed?

So here we are, defending or attacking along old battle lines rather than working to evolve and find new ideas that people can agree and act on. That’s why my organization put out a new set of essays and hosted a symposium this month to mark our 25th anniversary. We proposed a set of ideas that would help prepare students for what America Succeeds has called the Age of Agility. We proposed a highly customized learning system that would develop every student’s untapped potential; rethink the boundaries between high school, college, and career; create enrichment opportunities for every student; and reimagine funding and accountability for more nimble family- and community-driven learning. We think the need for parents to be assured that younger students have mastered gateway skills and content is more urgent than ever, but older students should be able to assemble individualized credentials that fit their interests and goals. Our ideas are surely imperfect, but we hope they will spark more thinking to build new coalitions for change. Standing pat is not an option.

Effective change makers are both principled and pragmatic. They cross traditional boundaries and constituencies, recognize that policy ideas have to shift based on evidence, and know that communities, families, and educators need to drive lasting change.

That is why I want nothing to do with debates that characterize reform as a set group of people with a set agenda, rather than a continually evolving set of diverse people and groups who come together around shared views of specific ideas and actions that will produce much better results.