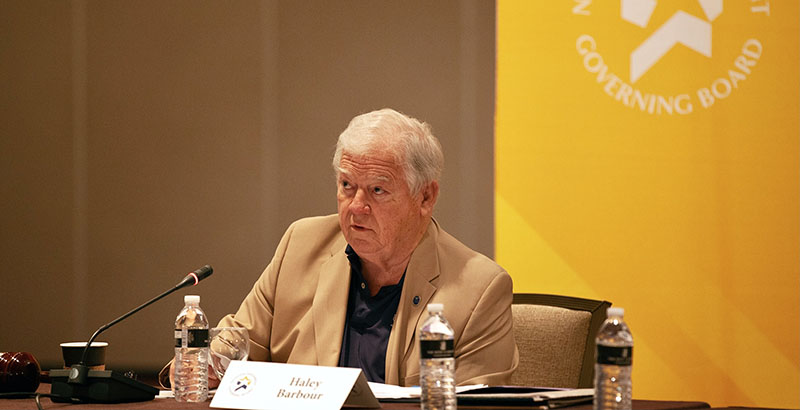 When students take the reading portion of what is known as the Nation’s Report Card in 2026, they’ll be able to view examples of student writing before attempting their own answers — one of several elements designed to let students know what’s expected of them. And the results, for the first time, will break down scores by socioeconomic status within racial groups — a level of detail that will offer a more accurate look at student performance in the post-pandemic era.

Those are among the updates to a “framework” for the reading assessment that the governing board in charge of the National Assessment of Educational Progress approved Thursday. The unanimous vote represented a significant shift since May, when some members of the panel bitterly opposed a version they thought overly emphasized issues of equity and fairness for students taking the test.

Over the summer, former Mississippi Gov. Haley Barbour, chairman of the National Assessment Governing Board, and Alice Peisch, vice chair, brought together members to hash out their differences and finalize what one observer called a “forward-looking” approach to measuring students’ reading skills.

“You worked extraordinarily hard to build consensus across an array of perspectives, ensuring an update for NAEP Reading that everyone here can stand behind,” Lesley Muldoon, executive director of the governing board, said during the hybrid meeting, with some members assembled in Tysons Corner, Virginia, and others joining remotely. “It would have been really easy for you all just to sort of hit pause after the May meeting and say, ‘Let’s just keep the old framework.”

The board passed a compromise document that resulted from those summer meetings, stating its commitment to equity, but dropping some of the lengthy passages on the topic in an earlier draft. Patrick Kelly, a board member and history teacher in South Carolina, who led a committee working on the document, said he felt confident that none of the members feel “the final product is 100 percent reflective of their personal views. That’s also what consensus is about.”

The board has had a long history of finding common ground despite political differences. Andrew Ho, an assessment expert at Harvard University and former member of the board, said agreement on this issue is “in everyone’s best interest.” Approval of the document means the National Center for Education Statistics, which administers the congressionally mandated testing program, can move ahead with developing and piloting assessment questions. With last year’s school closures putting students roughly half a year behind in reading, according to recently released end-of-year results, future tests will also gauge the extent of the pandemic’s impact on learning.

“I think the gap is going to be wider between the racial and ethninc groups,” Peggy Carr, acting commissioner of NCES, told the board, noting the data showing racial differences in remote and in-person learning last school year. “I think the implications are not good for achievement.”

In May, the majority of board members were ready to approve a draft with detailed explanations for how elements in the digital test — such as student writing samples and pop-up hints for some words or concepts — could improve understanding for students who might be unfamiliar with those terms because of their language and cultural backgrounds. 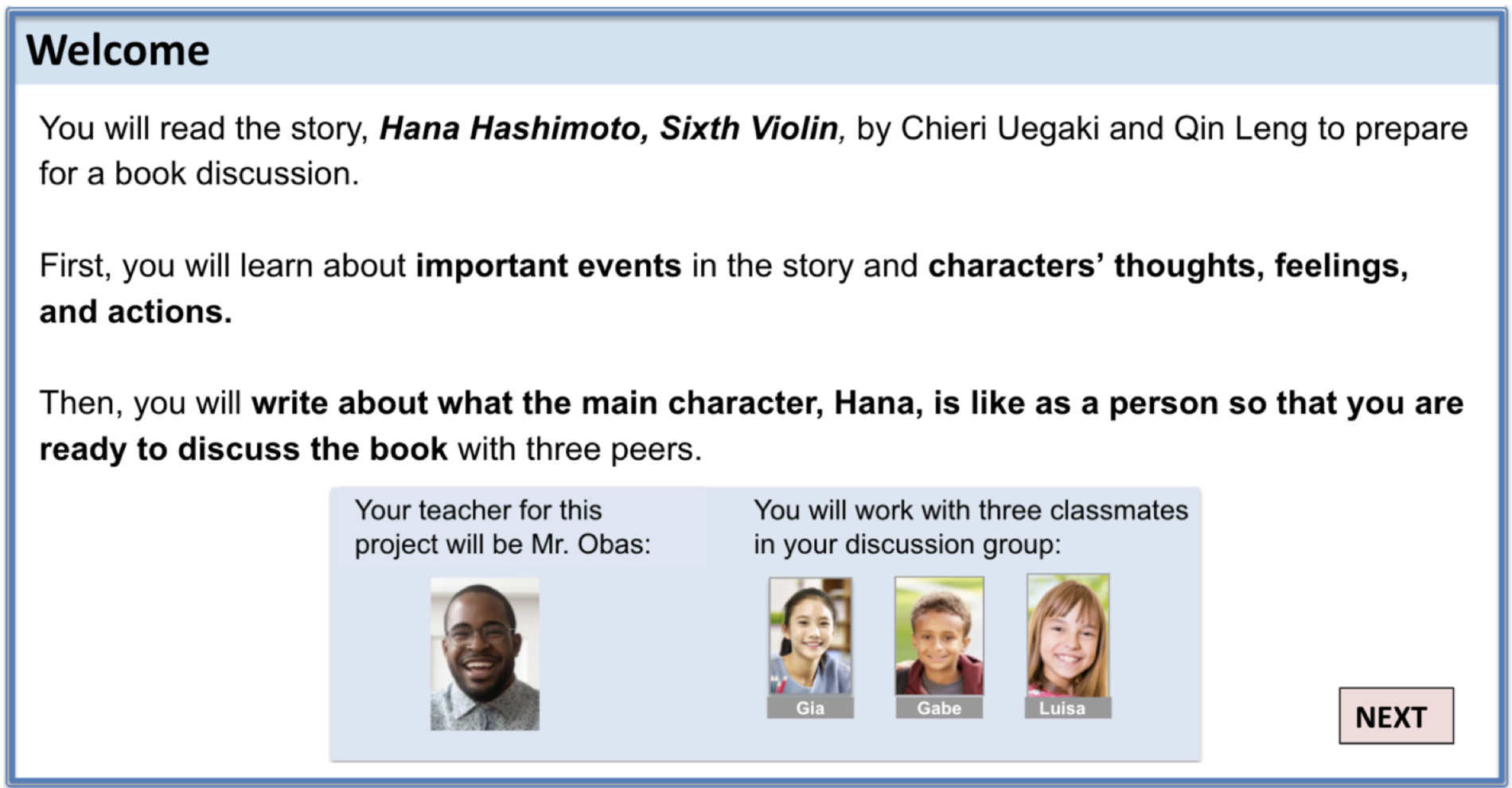 This element in the fourth grade assessment is intended to prepare students for the passage they are about to read. (National Assessment Governing Board)

But a few members, especially Russ Whitehurst, argued that highlighting those features of the test at a time when the nation has been arguing over issues of race and discrimination would prove divisive. Whitehurst, a senior fellow at the Urban Institute, even offered his own draft, eliminating most references to “sociocultural” factors that influence how students comprehend what they read.

The board “itself almost came unglued” over the issue, Chester Finn Jr., president emeritus of the conservative Thomas B. Fordham Institute, wrote in his latest update on the saga. But he called the new version “a masterful, praiseworthy piece of work” and “a coherent, forward-looking and intelligible approach to the modern assessment of students’ reading prowess and comprehension.”

Other changes in the new framework include reporting students’ reading skills within content areas — literature, social studies and science. The existing version only provides the categories of literature and “informational texts.” Kelly said unlike in 2004, the last time the document was updated, literacy skills are now “infused” into academic standards.

In addition, results will break out performance levels for former, current and non-English learners. This change will “shed light on any progress — or lack thereof — that might be detectable in the group of former English learners,” the document says.

But even with his glowing review, Finn, a former chair of the board, has some lingering complaints about the issue that led to the board members’ dispute — the purpose of those digital hints and nudges that are intended to motivate students to do their best on an exam that never affects their grade. In the real world, readers don’t get that kind of help, Finn wrote.

“Keep in mind that reading, that most fundamental of subjects, is not in good shape in America today,” he wrote. “We need to bend every effort to teach reading better and ensure that kids learn it well. We don’t need to conceal their deficiencies.”