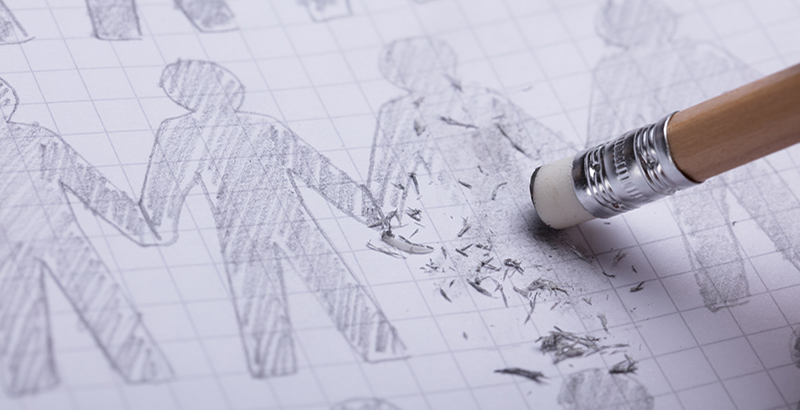 L.A. Unified will eliminate $43 million in administrative salaries as part of an emergency cost-cutting plan to stave off its fiscal overseers.

The cuts won’t be at school sites this year, but rather at the central and local district offices. The number of jobs that will be lost will be left up to each department, but they represent an overall 15 percent reduction.

The specific positions will be identified in January, with the people in those jobs receiving notices in March and leaving by the end of June.

The job cuts are one half of a two-part strategy to right-size the district’s budget, which is projected to be on the verge of bankruptcy in two and a half years. They also come as the district is negotiating raises for teachers under the threat of a strike, and after it has approved salary increases of about 6 percent for two-thirds of its workforce.

Because it faces a fiscal cliff, L.A. Unified had been put on watch by its overseers at both the state and Los Angeles County, and the county had given L.A. Unified until Monday to detail exactly how it plans to stay out of the red.

The 15 percent across-the-board cut in staff at the district’s central office and in its local district offices will save $43 million. That’s just for this year, though. The district will have to cut enough jobs to equal $43 million again next year.

Last June, when the budget was presented, the district said it planned a 15 percent job cut that would eliminate or reassign about 500 positions, but it said then that fewer than 70 people were expected to lose their jobs.

The second cost-saving measure is getting out of paying a state fine for having too high a ratio of administrators to students. For L.A. Unified, that fine is $35 million a year. The district differs with the state about how to count administrators.

The district has now received the waiver for this school year and for the past two years, but it has not yet secured it for next year.

“We will make sure that does happen,” Price said. “But if we can’t, we will make additional cuts, like restricting travel and cutting back on providing cell phones.”

A School Budget Showdown in California: Why the State and County Have Warned Los Angeles Unified to Get Its Financial House in Order — or They’re Taking Over

The school board voted unanimously last Tuesday, with no discussion, to approve the budget revisions.

LA School Report talked to Price on Friday, the day the district’s revised budget was hand-delivered to the county. The county has until Nov. 8 to decide whether to accept the revisions. If it is not satisfied, it will put in motion a series of steps that could eventually lead to a fiscal takeover of the district.

The county’s main message, Price said, was, “We’ve got the recurring budget deficit, our reserves are dwindling, we’re using one-time funds to pay ongoing expenditures, and our reserves were only at $1.5 million. That sounds like a lot of money to folks, a million dollars sounds like a lot, but in a $7.5 billion budget, being only $1.5 million above your [required] 1 percent reserve is not a lot of reserves.

“I believe our budget will be approved, but the county is saying, ‘We are watching very closely what you are doing.’”

In a half-hour interview, Price also talked about those reserves and the contract negotiations with the teachers union, including the union’s assertions about the size and durability of those reserves.

His comments have been lightly edited for clarity and length.

Would you summarize for parents what the county is asking you to do and when you will do it?

So we went ahead and broke down the numbers that would be required, by division, to make the $43 million cut that that 15 percent represents. We went ahead and did that as part of the Fiscal Stabilization Plan that was approved by the board on Tuesday.

The other thing that the county asked us for was some information about some of the charter schools that we have. Some of them have fiscal plans that have a third year that is questionable, so we worked with our charter schools division, and that also is being delivered to the county office today.

Can you say how many charters that is?

What other savings are in the plan?

One of the pieces of our original Fiscal Stabilization Plan also calls for getting a waiver for our administrator-to-teacher ratio.

We were able to secure that for the current year, and we secured it for the prior two years. We’re working and hoping to find a way to address that in the out years, but that’s about $35 million a year, so they asked, What happens if that doesn’t happen?

Well, we’re going to make sure that it does happen. So we went ahead and worked out a plan that would take additional cuts from the district office. If we are not able to secure that waiver, then there will be some restrictions on travel and other types of expenditures like that in the district office, like not providing cell phones.

Do you anticipate the county will approve your budget?

So the county is coming in and talking to us on the technicalities on the budget. They ask us for the details on these things in order to clarify and bring to the forefront and let us know, let the district know, “Listen, we know you have a recurring deficit and a problem that you have to take care of. Your reserves are dwindling, you’re using one-time money to pay for an ongoing cause, and you have an issue here that you have to address on the longer term.”

That’s the biggest message of the county coming in, and if we don’t address those, they will need to move to the next step. What will happen is, I believe that our budget will be approved and in the technical sense, but the county is saying, “We are watching very closely what you’re doing.” So when we get the first interim [budget report] in December, they’re going to say, “OK, you gave us more details on this 15 percent in the district office. We know that you have to announce layoffs early in the year 2019 to make the March deadline,” but, “You have to have more details for us in the first interim report of what you’re going to do, because otherwise we won’t believe that you’re actually going to do what you say you need to do to make things happen.”

So, the bigger message is, we’ve got the recurring budget deficit, our reserves are dwindling, we’re using one-time funds to pay ongoing expenditures, and our reserves were only at $1.5 million. That sounds like a lot of money to folks, a million dollars sounds like a lot, but in a $7.5 billion budget, being only $1.5 million above your 1 percent reserve is not a lot of reserves.

So, the county made sure that they came in and communicated to us and the board that we are on watch, basically, and they want to make sure that we know that they know.

Would you say there will be significant layoffs next year?

Right. Unless there’s a significant change in the state budget. … We’re working on other ways to cut the expenses and find efficiencies, and now there’s a bigger plan at work. If we can find ways to get more efficient and make some reductions, we’re going to work as hard as we can so that we can reduce that amount of people that we would have to lay off.

Do you anticipate that when the actual jobs that will be lost are announced at the end of June, will that be more than the small number of the last couple of years?

Yes. When I first came in, just under a year ago, they had announced a 30 percent cut to the district office, which turned out to be about, when all was said and done, about a 22 percent cut overall. It was people and other efficiencies, it was a mixture.

You said when we last talked a month ago that parents would not see any cuts this year. Is that still the case for this current year?

The cuts that we’re talking about, the 15 percent, are all at the district and local district office. None of those are scheduled for school-site type of cuts. That was one of the things that we wanted to stay away from. That’s the plan right now, that it’s all going to come out of central or local district offices. Just like the last cut did, that was the 30 percent cut right when I got here that they’d already organized and done.

When we last talked, you said that the budget had set aside what is equal to a 6 percent raise across the board. Since then, the district has increased its offer to the teachers union, and yet the county and the state officials both expressed concern that the new contract will be too expensive. Have you adjusted the budget to reflect the new offer?

L.A. Schools Sweeten Offer to Teachers in Hopes of Avoiding a Strike but Refuse to Back Down Calls for a Better Way to Identify Most Effective Instructors

The $1.8 billion in district reserves — is this a record amount, as the union has said?

What the county has as reserves is what’s called your unassigned balance. We start the 2019-20 school year with about $700 million in reserves. The union counts what is counted as carry-over money for schools, what is carry-over money for supplemental and concentration grants and other pieces that you’ll see in those budget documents. They count those as our reserves. But as the board sees it, the carry-over for supplemental concentration grants, school carry-over for funds they haven’t spent, those are funds set aside for specific purposes that aren’t the general savings, the reserves that we have. That’s what the dispute is. It’s not really a dispute. The union wants to include certain other things that the county doesn’t include as what our reserve is and the state doesn’t include as what our reserve is.

It’s money at school sites, it’s donations at school sites that have been made, those type of carry-overs that are part of our larger number the union is claiming is available for them.