With an Eye Toward Consent, Students Seize the Moment to Overhaul Sex Ed 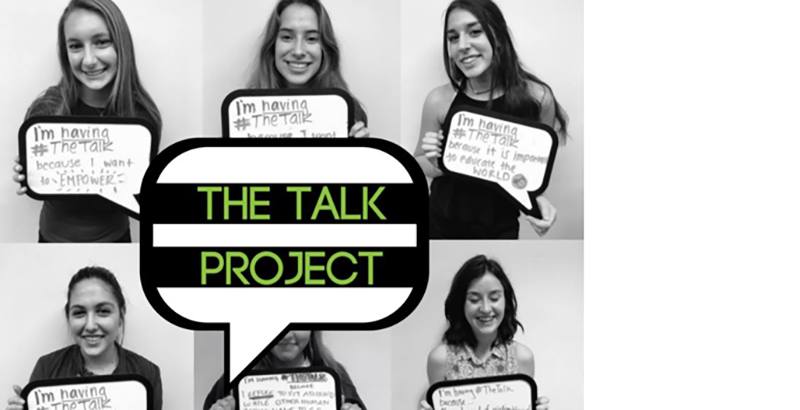 That wasn’t a problem until September 2014, the start of her senior year in high school in Lansing, Michigan.

Adriana thought she was going out to lunch with a friend, E.J. Jackson. But E.J. drove her to a secluded part of the school’s grounds and attempted to force himself on her. After Adriana briefly escaped, E.J. “pushed her back into the [car],” “choked her with both his hands wrapped around her neck,” and raped her, according to a police report.

This was over three years ago, before a seismic shift in cultural attitudes regarding sexual violence. At the time, Bill Cosby was more associated with comedy than Quaaludes, Bill O’Reilly had the most-watched cable news show on TV, and Harvey Weinstein was focused on the upcoming release of Paddington.

Now, backed by the momentum of the taboo-shattering #metoo movement, students across the country are attempting to raise awareness of sexual assault by broadening what’s taught across K-12. They favor comprehensive sex ed, which focuses on sexual behavior, healthy relationships, decision-making, and the influence of society and culture on sex. Subjects like affirmative consent — in which all partners actively, consciously, and voluntarily consent to sex — are central.

What is driving many of these youth advocates, according to more than a dozen interviews with students, educators, lawyers, and others, is fear —and a sense of fairness.There are few illusions that better sex ed on its own will curb sexual assault, but with researchers finding that as many as one out of four girls and one out of six boys will experience some form of sexual abuse before the age of 18, the students and their supporters think these efforts are an important start.

Advocates face an uphill battle. Beyond educators’ usual concerns — lack of class time, funding, training, and curricula — there are sensitivities about wading into a cultural chasm. Abstinence-only supporters are afraid that talking more about sex further encourages students to have it, and conservative organizations like Focus on the Family argue that sex-ed is a topic for parents, not schools. There are also concerns about whether affirmative consent is too high, and too impractical, a standard. 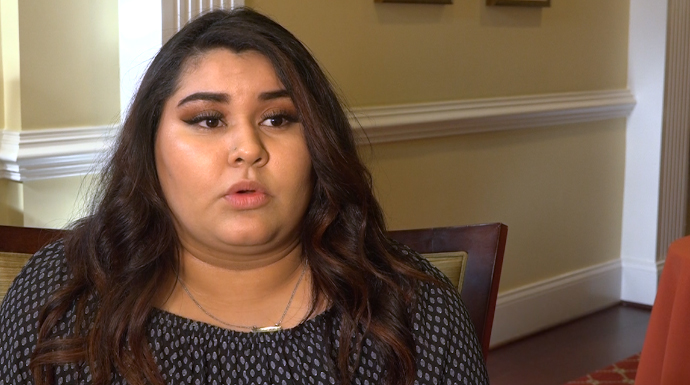 Nationally, only 24 states require sex ed be taught at all. One state — California — requires consent to be taught.

Back in Michigan, Jackson is now in prison on a minimum seven-year sentence. Adriana left the state, but in 2017 she started sharing her story publicly in the hopes that it will increase awareness and prevent future assaults.

“I knew it was a problem, and it happened, but I’d never experienced anything like that and I didn’t know anyone who did,” she said. “But as soon as it happened to me, there were a lot of people in my life who came to me and said the same thing happened to them. It was one after another after another, and it just opened my eyes.”

‘A Cultural Shift Needed to Happen’

Some of the efforts to revamp sex ed predate the current #metoo moment. A few months before Adriana was raped, four female students at a nearby Michigan high school formed a club, Students for Gender Equality, after growing exasperated with a mandatory cyber safety presentation.

“The faculty member [spoke] about women sending explicit photos, with no mention of men doing the same,” Sara Faverman, one of the club’s founders at East Lansing High School, wrote in an email. “This was supplemented by a video further reinforcing the idea that men had no active involvement or responsibility in sending explicit pictures as well as sharing them without consent of the sender. As this was happening, quite a few students were pointing to female students [who] had sent explicit pictures, and it became what felt like a public shaming for the women and an entertaining joke for male students.

“I think the four of us sat [there] surveying the room and realized how little accountability was placed on men in our school, and that a culture shift needed to happen.”

As part of the club’s awareness campaign, it hosted a local state Senator, Curtis Hertel, Jr., a Democrat, and together they reviewed the state’s sex ed policies. At this point, Adriana’s rape and another sexual assault at Adriana’s high school were both in the news. Faverman and her friends decided that requiring consent to be taught in schools could be a way to address “what kind of culture was being created and reinforced.”

Hertel, Jr. introduced a corresponding bill in 2015 that would require all Michigan schools that teach sex ed to also teach consent.

The bill stalled in the legislature, but Hertel, Jr. introduced a new version in October. Though the move came five days after the Harvey Weinstein story broke in the New York Times, Hertel, Jr. said the timing was coincidental, and had more to due with the influence of Michigan’s first lady, Sue Snyder, a Republican, who has made sexual assault prevention a priority.

The revised bill currently sits with the Senate Education Committee. Republican Senator Phil Pavlov, who chairs the Committee, did not respond to multiple requests for comment.

“We talk to our girls a lot about avoiding certain situations — when not to walk, what not to wear, where to put their drink — but we don’t talk at all to men about their responsibility and their respect for someone else’s body,” said Hertel, Jr. “As someone who has sons and someone who has daughters, I’m aware of that difference, and I think it’s leading a lot to the problems we have on our campuses.”

The problems are national, and Michigan is no exception. In 2017, the U.S. Department of Education was investigating four universities in the state — the University of Michigan, Grand Valley State University, Alma College, and Michigan State University — for their handling of sexual assault claims. In June, three Michigan State football players were dismissed from the university after being charged with sexual assault. In December, former Michigan State sports doctor Larry Nassar, who was also the team doctor for USA Gymnastics, was sentenced to 60 years in prison on child pornography charges. He also faces charges for sexual assault cases involving 125 women, including Olympians Aly Raisman and McKayla Maroney.

A National Spotlight on Consent

Over the last two years, there has been an increase in state lawmakers across the country introducing bills related to encouraging healthy relationships among students, preventing violence, and teaching consent in public schools, according to Chitra Panjabi, President and CEO of the Sexuality Information and Education Council of the United States, which tracks such legislation nationwide. She said students are fueling many of the efforts at the local and the state levels.

“Kids are showing up at school board meetings, and they’re advocating for themselves, [saying] ‘We need to learn about rape and sexual assault,’” said Panjabi. “It’s necessary.’”

To date, the efforts are piecemeal. In November, Panjabi’s organization partnered with activist Tarana Burke, who created the Me Too movement, to launch #TeachThem, a campaign advocating for comprehensive sex ed. Last week, a parent organization started to promote #MeTooK12.

In Maryland, Lisae C. Jordan, executive director and counsel for the Maryland Coalition Against Sexual Assault, told the Washington Post in November that her organization is lobbying for a bill that would require age-appropriate lessons on consent, starting in middle school.

In Massachusetts, New England Patriots owner Robert Kraft is working with the state attorney general and Northeastern University’s Center for the Study of Sport in Society on an anti-violence and healthy relationship education program that has reached more than 3,000 high school students and, said Kraft, is looking to expand into another state.

And in southern California, then-high school students Brianna Tuomi and Lauren Foley co-founded the Talk Project in 2016 through the Los Angeles chapter of the National Council of Jewish Women. During an internship with the council, they became more aware of the sexual assault epidemic on college campuses. But neither student felt like their high school was adequately preparing them for the real world. Tuomi said her school did not talk at all about sexual violence; Foley said her all-girls school focused on self-defense. 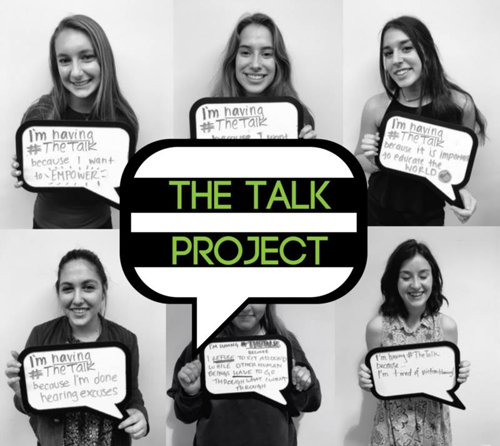 “We’re teaching sex wrong,” Foley said. “Why do I need to learn how to protect myself, and why is this something that is being perpetuated? Why has this gone on for generations and generations?”

“We need to reshape and redefine what the ‘talk’ is about,” she said. “It’s not just about the birds and the bees. It’s more comprehensive. It’s the duty of our educators, our parents, our schools, as early as possible, to teach consent.”

Pushing for Change in Michigan

In Michigan, the fight continues. Adriana sued her high school for creating a hostile educational environment in violation of Title IX, which requires schools to publicly post policies on sex discrimination as well as designate a coordinator to review complaints. The Lansing School District settled the case in March for $225,000; nationally, public school districts agreed to at least $37 million in sexual assault- or sexual harassment-related settlements last year.

In a statement, the Lansing School District said, “The court approval is an action that speaks for itself.”

Meanwhile, Hertel, Jr. is planning a rally at the State Capitol in Lansing this spring with sexual assault survivors sharing their stories in order to put pressure on his colleagues to pass the bill.

“This seems like basic common sense and basic morality,” he said. “We shouldn’t have to do this, but we obviously do.”