Williams: Why We Shouldn’t Reserve Our Outrage Over Privilege and Good Schools to Just D.C.’s Antwan Wilson Gaming the System 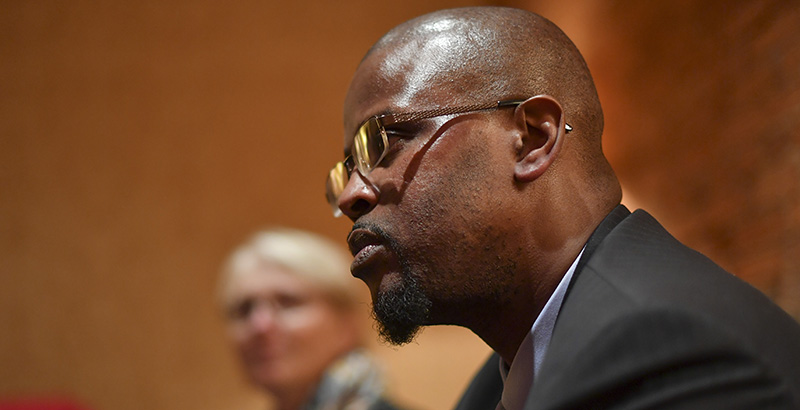 When news broke February 16 that D.C. Public Schools Chancellor Antwan Wilson had been caught leveraging the power of his position to secure his daughter privileged access to Woodrow Wilson High School, D.C. parents already had their response cycles down to a drill.

This was just the latest in a series of local struggles in the district’s public education system. Since November, the community has been sorting through a graduation rate scandal that began with number-fudging at Ballou High School and turned out to be a city-wide problem. And just last spring, DCPS had been roiled by a similar school enrollment scandal — prominent D.C. residents were allowed to (secretly) bypass the city’s lottery system and enroll their children directly in highly desirable schools with long waiting lists.

By the time Wilson’s choices came to light, the district’s anxious parents had everything but a bat signal to spread their outrage. Texts ricocheted across neighborhoods and through offices. Then Twitter exploded, inboxes flooded, and community listservs boiled with intemperate rage.

Folks were almost universally incredulous. Wilson broke a rule he created to benefit his own family. It’s easy to see why. Many district parents see the school enrollment lottery not as a source of opportunity, but of anxiety and disappointment.

And yet, try this “thought experiment” first proposed by WAMU reporter Martin Austermuhle: if Antwan Wilson had simply put a chunk of his nearly $300,000 annual salary toward a house within the district boundaries for Wilson High School, would there have been any significant public pushback? Almost certainly not. In D.C. (and beyond), we allow — we expect — privileged families to game the school enrollment system … we simply prefer they do it by purchasing houses.

Why is this? Why is money — specifically, money spent in the real estate market — the only form of privilege we allow free rein when it comes to accessing high-quality schools?

Partly, it’s because the real estate market provides a patina of respectability on privilege. Presumably the wealthy have “earned” their resources through their diligence and hard work and “deserve” the rewards — including automatic access to great schools. Real estate in expensive neighborhoods with guaranteed entry to good schools is just another of the benefits of bootstrapping your way up the American socioeconomic ladder.

But jeez, it wounds my soul to even type such nonsense in 2018. It should hurt your eyes to read it, given what we know about intergenerational wealth and social mobility, no? In America, most of the children of the wealthy and well educated stay that way.

Our socioeconomic classes are calcifying through the untrammeled inheritance of social, educational, and material privileges. Nevertheless, ridiculous as it is, wealth-based access to quality public education is a central part of the U.S. meritocracy game. It’s too ubiquitous to question. It’s the air we breathe.

Is it really so natural and good that access to Wilson High School be preserved for students whose families have purchased homes near the school (the median home value in Tenleytown is nearly $1 million) — and so conversely heinous and terrible that a prominent education official should leverage his place in the schools system to secure a seat?

Please note: None of this means that Chancellor Wilson was right to act as he did. He’s a public official who violated the public’s trust. Specifically, he’s the public official who set the school lottery rules for families applying to enroll their children in schools outside their neighborhoods. That out-of-boundary lottery system is supposed to provide families with alternatives if they’re unhappy with the neighborhood public school they can afford in the real estate market.

Unwilling to send his child to his neighborhood school, unhappy with how things were going at the school his family found through the lottery, Wilson simply bypassed the whole system. In essence, he abused the escape hatch for families who felt ill-served by the inequitable neighborhood-based schools system (even if his reasons for doing so — protecting his daughter — were noble).

As I recently noted in an article in The Atlantic, privileged families will use essentially all options available to them to secure quality educational options for their children. D.C. is no different. In a decade here in D.C., I’ve heard numerous stories of families renting an extra apartment within the boundaries of an in-demand DCPS neighborhood school and then summarily subleasing it out to relatives or friends to keep up the ruse.

I’ve heard (unsubstantiated) stories of families already enrolled at coveted schools signing up as legal guardians for their friends’ children — so that those new “brothers” and “sisters” can use their newfound “sibling” preference to enroll through the lottery. Wilson’s fall is a reminder that the privileged will also work outside established systems if they think that will advantage their children.

That’s the lesson folks should keep top of mind as DCPS tries to chart a path beyond its recent struggles. Some locals are calling for an end to unified mayoral control of the city’s public education system. This seems an odd response to D.C.’s years of educational progress under mayoral control, but it would also exacerbate DCPS’s current troubles.

If the city has a problem with officials getting unequal treatment in the public school’s enrollment system, should we really be eager to return to a school board model and a significantly larger coterie of local public education leaders? It seems this would make it harder to track corruption around school enrollment — those seeking to evade the lottery would have more officials to pressure.

Even more critically, a return to school board governance would almost certainly shift the city’s attention to the concerns of wealthy families. Under the current system, DCPS leaders answer to the mayor, who answers to voters across the city. A restored school board would likely shift political power to school board members elected from each of D.C.’s wealthy and rapidly gentrifying wards. If DCPS’s recent scandals have taught us anything, it’s that these elected officials would face intense pressure from their influential constituents to preserve inequitable education policies that benefit their children (often at the expense of historically underserved children).

To the contrary, D.C.’s most urgent need is to find ways to rethink school enrollment policies. If the problem is well-connected families abusing their power, the district should establish even more aggressive policies to guard against it.

And, hey, while we’re at it, perhaps we should think a little harder about policies that allow the wealthy to purchase segregated, privileged schools through the real estate market.

Conor P. Williams is a senior researcher in New America’s Education Policy Program and founder of its Dual Language Learners National Work Group. Williams is a former first-grade teacher who holds a Ph.D. in government from Georgetown University, a master’s in science for teachers from Pace University, and a B.A. in government and Spanish from Bowdoin College. He has two young children and an extremely patient wife. His children attend a D.C. public charter school.