Williams: The Existential Horror of Teach for America 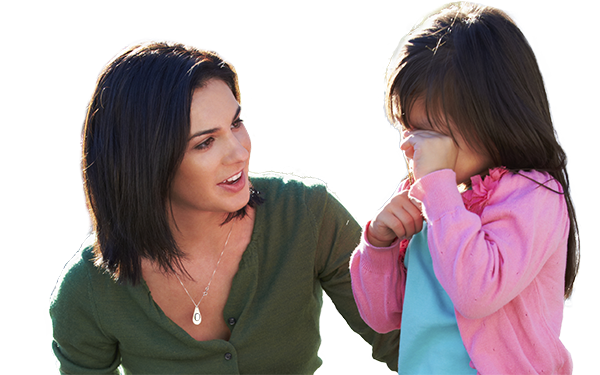 Some privileged, ostensibly “leftist” bloggers love to spend their days trashing young, idealistic teachers on the Internet. Their primary contribution to justice and educational equity appears to be weapons-grade snark, directed squarely at Teach for America and students that would dare join TFA’s ranks. Since when did the Left become so much about talking and so nervous about doing? I don’t really know, so I tried to imagine what these hipster “liberals” are thinking…
Overheard at the local hipster coffee shop:
I’ve been suspicious of Teach For America for as long as I can remember — that, is since I graduated from Princeton last spring. I was at the Critical Theory Department’s pre-commencement wine tasting, and I got talking with Dean Prescottson about being, becoming, and youthful idealism.
"Beware the deadly deed," he said. "TFA takes young, ambitious idealists who care about injustice and tricks them into leaving behind the monastic life of the mind."
I was rapt. "No problem — and certainly no educational problem — has ever been solved by doing anything about it," he thundered.
So, obviously, I've been down on TFA ever since. But I never fully understood prescient old Prescottson until I was walking past this Brooklyn elementary school the other day. I saw a young TFA teacher working with her students in some sort of community garden. Which is fine and all — good for those cute kids — but something occurred to me. They were container gardening.
Let that sink in for a minute.
Container gardening.
I mean, if that’s not a metaphor for TFA’s corporate-weaksauce approach to education, I don’t know what is.
Think about it, ok? Seriously. TFA teachers are so fired up and eager to launch themselves out of college into schools with large numbers of low-income students — but these do-gooder-two-shoes don’t want to get their hands dirty. Because — well, ok, her hands were pretty dirty. Fine. But what I mean is, they don’t want to authentically embrace the poverty of the communities where they teach. They want to seal it off like, I dunno, like so much plastic. They want to constrain its roots and sanitize it with their selfish decision to teach in these communities.
I know better. When I saw this “container teacher” potting her students with her antiseptic “teaching” methods, I was walking from my planning session with other members of the Anarcho-Syndicalist Students/Graduates of America. We'd had an exhilarating discussion of  Žižek’s theories of subjecthood, uh, which then slipped into fractal ethics and, to be honest, Max and Posey’s recent breakup. Bar Vanguard’s Pajama Happy Hour is, no joke, the best place to spend a Tuesday afternoon. It’s, like, what Tuesday afternoons were meant for. Also, Harper brought these homemade Guinness cupcakes, and I was, like: Sugar. High. For. Real!
So no surprise that this TFA teacher stood out, ok?
TFA gives young people, especially young social justice warriors, a bad name. (Which, by the way, is how I knew she was TFA. Because c'mon. She was, like, so young.) I mean, it’s one thing to graduate from college and sign up to work in an under-resourced American public school classroom… and quite another to force a decrepit economic system to its knees through direct action. TFA teachers seem to think that their hard work and commitment to helping their students develop will be enough to make a difference — for those students or to the broader world. It’s like they’ve never heard of Paulo Freire.
Not me, though! See, since I graduated, I haven’t let my dreams die through deadly doing. I live at my folks' place in Sterling Ridge out in Harrison, and I've been updating my WordPress blog twice daily. Mom's found me some job leads, but, unlike Perky Gardener For America, I don't want to get sucked into the wage-earning shell game unless I'm doing something that celebrates my best self and what I can bring to society.
If you think about it that way (and honestly, after you've read Horkheimer, is there any other way?) TFA teachers are the world's worst gold diggers, putting their elite degrees to work in lucrative urban teaching positions. They're simply, earnestly replicating the system by participating in the whole sham of earning capital through work.
Worse still, I bet she leaves the classroom in a few years to start a school of her own. Talk about a spotty commitment to equity. That’s not the sort of focus and perseverance we’re going to need if we’re going to end injustice forever.
So, anyway, while I’m searching, I’ve been dedicated to authentically experiencing poverty in a way that green thumb TFA glam-seekers never will. In the last few months, I’ve spent six nights in the city by crashing on the couch at Addington’s spot in Williamsburg. I’ve regularly attended slam poetry open mics — and even one underground hip hop concert! So I think I’ve built up a little credibility on the matter of how the poor experience education, OK?
So yeah, what was it you asked again?
Ah, right. So I think that’s a pretty clear example of a time that I demonstrated organizational skills in a setting with children. I’m confident that my sort of leadership and character is exactly what Harrison Street Elementary needs in a recess monitor.
—
At least that’s what these Lefty Internet Warriors seem to be thinking. And I’ve got to hand it to them: their theory of leftism requires minimal sacrifice and leaves room for maximum self-indulgence. Seems like a pleasant, privileged fiction.
Submit a Letter to the Editor
October 19, 2015