Williams: The D.C. Enrollment Scandal Shows How Critical It Is to Guard Against Parent Privilege 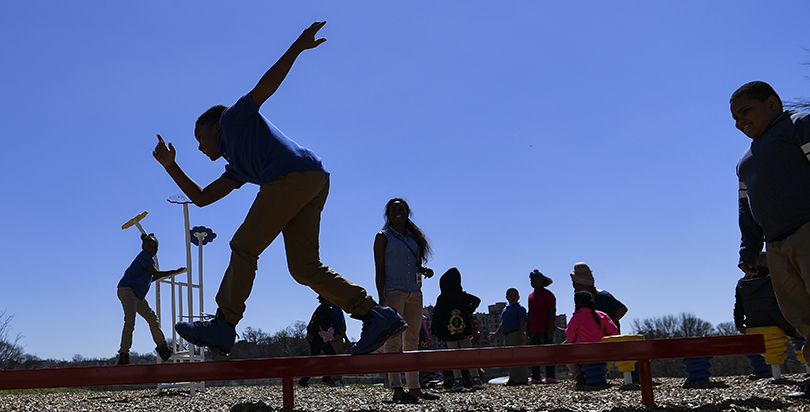 Notwithstanding the incandescent glow of various public debates, almost everyone likes school choice. Thing is, no one seems to like it for the same reason — and that drives a wide range of school choice experiments.
Some like choice systems that empower families to pick an educational approach that matches their preferences (e.g., vouchers). Others like choice systems that allow for a curated collection of school models with track records of meeting students’ diverse needs (i.e., charter schools). Still others like choice systems that allow them to set up school entry barriers that result in segregated student bodies (i.e., neighborhood schools).
Family empowerment, student achievement, and protection of accumulated privilege. Those goals aren’t naturally or necessarily compatible. Which of these we prioritize affects the systems we design — and their effects on students.
Somewhat unexpectedly, Washington, D.C., is learning that the hard way right now. In the past several weeks, district officials have been scrambling to explain reports that former Public Schools chancellor Kaya Henderson approved a number of “discretionary transfers” to enroll the children of powerful, privileged Washingtonians in schools with long waiting lists. The beneficiaries of this quality-schools backchannel included senior city officials, a deputy mayor, and an Obama administration official.
Why is this scandal “unexpected”? After nearly a decade of controversial, often bitter, education reform wars, the District has cultivated a reputation for focusing on improving educational achievement. Perhaps even more important, it has made significant progress building community trust that the folks running the system are competent and committed public servants. Whatever the system’s persistent challenges, it’s become increasingly easier for D.C. parents (like me) to get clear, reliable information about district and charter schools alike.
After almost a decade building and improving their nationally recognized universal pre-K system, city officials have earned real gratitude from a generation of local families struggling with the costs and challenges of raising children. The District’s many enrollment lotteries — long the target of families’ cynicism and suspicion — have been almost entirely unified into a single, relatively easy-to-use system.
(The 74: Washington, D.C. — The Pre-K Capital Where Nearly All 4-Year-Olds (and Most 3-Year-Olds!) Go to School)
Despite all of this progress, wide disparities in the quality of D.C. educational opportunities still drive consistent family anxiety. Families who cannot buy access to high-quality schools through their real estate purchases thus (trepidatiously) rely on the lottery. This is why its stability and fairness are so central to how they perceive the city’s schools. To put a finer point on it, this is why even the prospect of fewer than 10 students jumping waitlists in a system of nearly 90,000 students looms so large.
But if D.C.’s lottery scandal is unexpected, the resulting furor is not. This isn’t hard to understand. Public education is a public good, but quality educational opportunities are not equally (let alone equitably) distributed. That brings us back where I started: Policymakers need to decide what system they’ll use to determine who gets access to which schools. When they’re doing that, they need to begin from this concrete premise: Privileged families will exploit any flexibility in enrollment systems. No amount of wishing will alter that fact.
So if we set up a system that sorts students into different schools by neighborhood, privileged families will cluster together, drive up housing costs, and segregate schools by class. If we set up a system of themed and/or magnet schools that use merit-based entry requirements to accept students, privileged families will almost always be able to compound their existing advantages to segregate schools through academic tracking. If we enroll a school’s students by lottery, but order its waiting list by the order that students’ applications are received, privileged parents will try to game that system by waiting in line overnight.
Look: If we set up a system that sorted students with higher weight and/or blood sugar levels into higher-quality schools, I assure you that privileged families would start feeding their children lard milkshakes for breakfast, with cotton candy on the side.
This is why it’s so critical that school choice systems find ways to enroll students in schools that are difficult-to-impossible for the privileged to game. Indeed, the most critical equity component of D.C.’s charter school system is how its open enrollment lottery disempowers these families. Unlike most DCPS schools, no charter school can give preferential treatment to students whose families can afford to live nearby. And unlike DCPS, there does not appear to be a single authority, like Henderson, who could force a “discretionary transfer” over and above a charter school’s lottery-assigned students.
No question about it: D.C.’s education reputation will suffer from this. Piece by piece, The Washington Post’s Peter Jamison has been doggedly bringing the story to light. A May 17 article he co-authored ended by noting that a teacher at a highly sought-after DCPS school had applied to have her own child enrolled directly at the school (i.e., rather than through the lottery).
Henderson turned her down, asking, “How would I explain to other teachers or to anyone why [this] child deserves a spot over any other parent who followed the rules that we all agreed on for enrollment in a limited number of seats? What am I missing here?”
What was missing? Sadly, it appears that the teacher lacked the most critical piece: a position of power in Washington, D.C.
Submit a Letter to the Editor
May 23, 2017