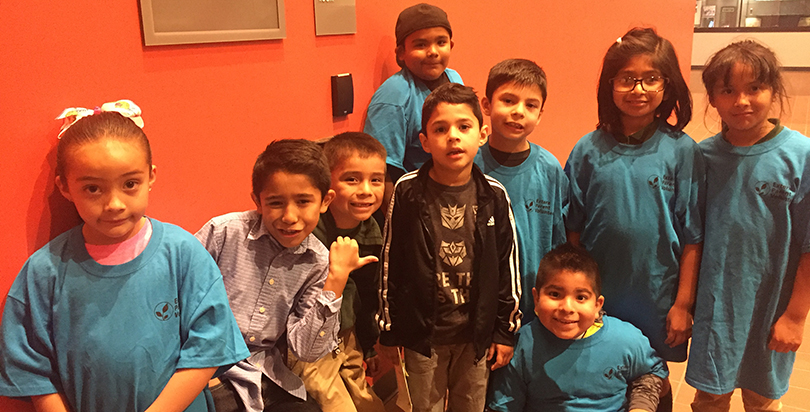 Now, at the tail end of a historically fraught election season, seems like as good a time as any for a reminder: Multiculturalism is one of the jewels of American civilization. How can you tell? Because it’s delicious.

Californians know this better than anyone else. By the time the rest of the country is discovering a new cuisine, restaurants in California have already gotten bored and fused it with a few others. Want to know what Welsh-Ethiopian seaweed injera tacos taste like? Los Angeles probably has (at least) a couple of food trucks working on it.

But look, food is just a placeholder for a deeper cultural dynamic: Diversity is cool. It’s not a coincidence that the U.S.’s most vibrant places are effervescent, freewheeling, multicultural hubs. California is cool for the same reason that it’s delicious: It’s always found ways to attract, celebrate, and integrate the broadest possible array of people. In other words, the state is interesting — a self-contained civilization in its own right — because it embraces the myriad cultures attracted to its dynamism.

Multilingualism is the bedrock of this positive cultural feedback loop. What would San Francisco’s Chinatown be without Chinese — a theme park masquerading as a neighborhood? And that brings us back to the election and November 8, when California voters will weigh in on Proposition 58. If the measure passes, it would allow the state’s K–12 schools to significantly expand their bilingual education programs.

Nothing sets California apart from the rest of the country — and from most of the world — like its multilingualism. The state already has more young, emerging bilingual students than any other — around 1 million more than Texas, for instance. The bilingual education programs that Proposition 58 would enable could help the state build on these considerable linguistic and cultural advantages. A politically diverse range of states is certainly trying to catch up: Texas’s bilingual education program is the largest in the nation, and New York, Utah, North Carolina and Delaware have state initiatives to expand these programs to more students.

In the near term, bilingual education helps kids of all backgrounds in a host of ways. The balance of the data suggests that these programs are actually the most effective way to help English-language learners reach English proficiency. And all students in these programs develop a more sophisticated understanding of language in general by simultaneously learning English and the program’s partner language.

In addition, the best of these programs enroll classes that mix native speakers of English with native speakers of the program’s partner language. That way, students develop their language skills through class instruction and interactions with their diverse peers. These programs build linguistic and cultural bridges between communities and prepare students to participate in an exciting, multicultural society like California’s.

There are lots of good long-term reasons to make bilingualism a priority for California students. It’s in keeping with the state’s (and, to a lesser extent, the country’s) history of celebrating diversity and integrating immigrants into society. It’s also in our economic interest, given new Americans’ remarkable entrepreneurialism and the value of a multilingual workforce in the global marketplace. Finally, there are useful cognitive advantages to acquiring a second language: Bilingualism strengthens our brains.

But while those are all real benefits of diversity and good reasons to support bilingual education, they’re also abstract. They’re not part of the cluttered muddle of concerns that make up our hourly or daily lives. Do Americans want more prosperity and innovation in their country’s future — and longer attention spans for their potentially bilingual young children? Yes and yes.

But on any given Tuesday, most of us are more concerned with the actual work of living. Many of us are feeding, shepherding, chauffeuring and entertaining our kids. We’re trying to come up with ways to expand our kids’ abilities and horizons so that they’re set up to succeed at school and in their lives. That’s why, given the option, most of us — I hope — would rather live and parent in multilingual, multicultural communities. When it comes to parenting — shoot, when it comes to living — interesting beats boring.

Or, to bring the whole discussion back to dinner: Cheeseburgers taste great. So do empanadas, sushi, pho, poké, borscht and fajitas. Given the option, most of us would rather live in communities where we could choose from as many of these as possible.

Similarly, English is great! Students need strong English skills to participate in American society. Other languages are great too! Strong speaking and reading skills in an additional language, whether Spanish, Mandarin, Arabic, Vietnamese, Hmong or some other, help students to contribute fully to the wonderfully diverse communities around them. They’re multilingual, multicultural feasts full of interesting choices and opportunities.

But those cool communities don’t usually spark forth on their own. States need to cook them up by attracting new, interesting people and celebrating their newly arriving cultural contributions. By giving more schools the choice to build bilingual education programs, Proposition 58 would make California tastier, cooler and — yes — more economically dynamic than it already is.