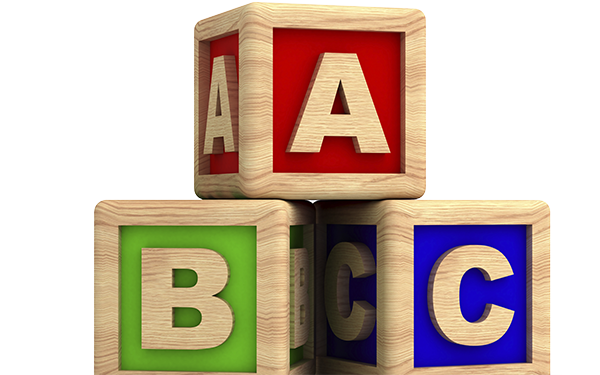 Usually education policy experts live in a bubble. We think for a while, develop a clever pet theory, flesh it out, and spend our careers misunderstanding politics through that particular lens.

As a result, the education system we see is alien to the one that most Americans experience. The things we think are important rarely matter at all to students and parents across the country.

That’s why it’s so remarkable that everyone — well-adjusted adults and education policy wonks alike — agrees that No Child Left Behind (NCLB) is broken. And they even mostly agree on how it's broken. It reduces local control in favor of federal mandates. It narrows the curriculum. Standardized testing is bad.

I've been thinking about this a lot during the latest effort to replace NCLB. And as I've been visiting schools all over the country (part of a conscious effort to avoid the aforementioned narrowness of viewpoint), I've started to realize something: NCLB is kinda working.

Here’s why: In a series of three papers we're releasing today at New America's Dual Language Learners National Work Group, my colleagues and I explore a few pieces of proof. Our reports capture a series of schools' efforts to support the linguistic and academic development of early learners who speak a non-English language at home ("dual language learners," or "DLLs").

For our research, we visited over 20 campuses in three different cities and found educators responding to NCLB's challenges and working to serve their young, multilingual students better.

On these visits, I heard some of the usual concerns about the law: Educators were often concerned about whether they could use federal funds flexibly to try new instructional models for their DLLs. They raised serious critiques of the appropriateness of certain NCLB testing rules — particularly those governing dual language learners with special needs.

But over and over, I saw proof that these educators, their schools, and their districts were responding to the law's accountability provisions and driving improvements for their DLL students.

In Portland, Oregon’s David Douglas School District, educators are redesigning their approach to instructing DLLs. David Douglas students are uniquely diverse. More than 70 languages are spoken in students’ households, which means that most elementary classrooms have at least seven or eight languages represented. Roughly four in 10 students will be formally classified as DLLs during their schooling. More than 80 percent of David Douglas families qualify for federal assistance.

These are the sorts of statistics that frequently prompt complaints about NCLB accountability. How, critics ask, are schools supposed to meet the law’s academic benchmarks in the face of these “challenges?” While it is certainly true that different student groups have different needs, and while some of those needs may be tougher for schools to meet than others, educators across David Douglas schools prefer to focus on their students’ potential.

But it’s not just a function of attitude — David Douglas recently overhauled its language support services for DLLs. Rather than pulling students out of core academic instruction to teach them English, the district is now integrating language instruction into general elementary school classrooms.

DLLs and their native English-speaking peers learn English together in a daily half-hour block focused on helping all students develop vocabulary related to academic content. They learn to talk to peers about math, literature, language, and history. And they’re getting results: David Douglas met NCLB benchmarks for DLL students’ performance last fall (only seven other Oregon districts also hit those targets).

When we interviewed Maria Adams, a coach who helps David Douglas teachers improve their language instruction, she was bullish. Adams said that she’d heard the complaints about NCLB, but told us, “It’s completely doable, and we’re not even trying as hard yet as we could be.”

Meanwhile, across the country in Washington, D.C., the Center City Public Charter Schools network had one of its campuses flagged under NCLB because it had large achievement gaps between DLLs and native English-speaking students. So educators retooled their instructional model, in ESL Manager Alicia Passante’s words, asking, “what can we create…and see the actual impact of that goes beyond just providing more (professional development) or staff or buying extra books that are going to sit on a shelf somewhere?”

They launched a new afterschool program for DLLs and began developing individualized learning plans for each multilingual student. Over the next few years, they refined the new model and expanded it to other campuses. They're still working to improve, but the network has shown substantial gains and become a example for other schools.

There’s much more to learn in our reports on David Douglas, D.C., and San Antonio. So, what’s the lesson? What do these examples have in common? On a macro level, all are investing in early education, improving their parent engagement practices, and exploring “dual-generation” strategies that support families’ and students’ success in tandem.

These are all strong, research-based strategies for supporting DLLs’ success. But they don’t mean anything until they’re implemented, and in David Douglas and Center City schools, educators explored them partly in response to pressure from NCLB’s accountability system.

Which, to my mind, is powerful evidence that the law’s besieged accountability provisions aren’t entirely flawed. In our research, we found that school and district leadership appear to be critical. When teachers, principals, superintendents, and district officials respond to NCLB’s expectations by changing how they serve kids, student achievement can improve. When they respond to these expectations by critiquing their validity … it’s not likely to improve.

Congressional staffs are reportedly holding super secret "pre-conference" negotiations now in an effort to replace No Child Left Behind. All signs indicate that the resulting bill will weaken the law's accountability provisions and give districts and states flexibility to set academic expectations without much federal pressure. My conversations with these outstanding educators suggest that this retreat would be a mistake.