Williams: Donald Trump Rode to Power on the Populism of the Past. Now, What About the Future? 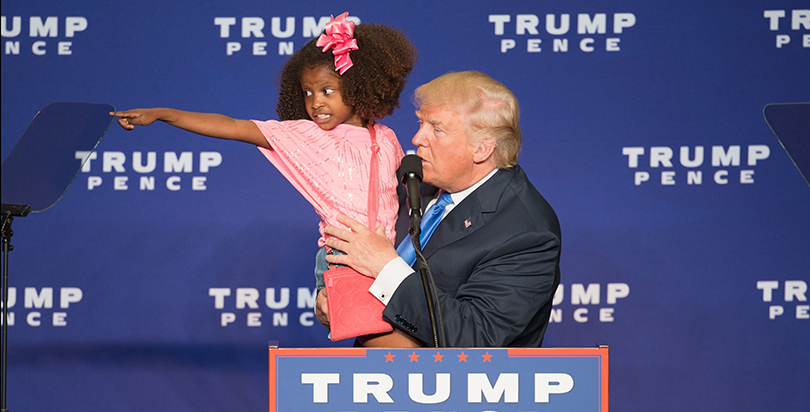 Hello, from the inner recesses of liberal, multicultural terror.

We’re all horrified, huddling in little groups in our neighborhoods and offices, trying to game it all out. What the heck happened?

It’s become fashionable for centrist and conservative scolds to announce that liberals “misunderstood” the United States, that we had become too detached from what a Republican vice presidential candidate once called “Real America.” And indeed, various other folks (including some on the left) have argued that Democrats lost because they saw the country’s growing demographic diversity as deliverance from the messy work of reaching out to white, working-class voters.

Some versions of that critique may well be true. Perhaps we progressives have lost sight of the country we currently inhabit. And yet, our country, that large and messy thing, isn’t given to standing still. The demographics of the United States are shifting. This is nowhere more visible than in our schools. The distance between the 2016 voting electorate and the 2016 kindergarten class is jarring.

See, native-born Americans have barely been having enough children to replace themselves. Since 1990, the number of children in the United States has been growing exclusively because of children of immigrants. This is producing a wonderfully diverse American student body. A majority of U.S. students are children of color. Nearly one third of Head Start students speak a language other than English at home.

These — and other — demographic trends aren’t only making American society more plural. They’re making it richer, safer and more interesting.

That diverse country is the one that liberals thought we inhabited. We looked to the diverse coalition of voters that elected Barack Obama to two terms in office and (reasonably?) concluded that we understood our nation. Progressivism seemed ascendant. Praise the pluralism and pass the kale.

And yet, here we are, huddling together anxiously at the prospect that there is little to prevent Trump, his party and their supporters from persecuting many members of this diverse generation of children and their families. Maybe Donald Trump is softening a few things! Perhaps he will nominate some decent leaders and stay disinterested enough in the presidency to keep authoritarian nightmares at bay! But tweets like these, abnormal transition-team behavior and the troubling pattern of his consistently erratic behavior, and well, it’s enough to spark the left’s own “doomsday prepper” movement. (This, by the way, is why it’s hard for liberals to hear conservatives insist that it won’t be so bad, that there will be room to work with Trump and his party on education reform.)

See, this election was only tangentially and occasionally contested on substantive grounds. On substance, Americans aren’t hoping for Trump to do most of what he’s promised. His brew of xenophobic, racist populism hasn’t delivered new support for traditionally unpopular GOP positions on tax cuts for the rich, weaker regulations on corporations (especially on climate change issues) and fewer restrictions on gun ownership. Majorities of Americans want to continue honoring our treaty commitments through NATO and don’t want a wall built on our southern border.

No, this was an election about the sort of country we believe ourselves to be, about whether our growing diversity is a strength or a threat. Indeed, many of Trump’s supporters were animated by his calls to restore “American greatness” via a variety of ill-defined acts of aggression against immigrants, Muslims, people of color and a diverse set of other Americans. In the end, Republicans took the presidency and held Congress by mobilizing a crowd of voters who are whiter and older than the country at large.

A post-election analysis by FiveThirtyEight.com found that Trump support was strongest in counties with more old people, more white people, fewer immigrants and/or less-educated folks. Fully 87 percent of Trump’s voters were white, and 62 percent were over 45 years old.

Given Trump’s early signals as to how he plans to govern, it’s easy to see his administration embodying the nostalgic cultural rage of his coalition of voters.

And yet, political power does not (yet) extend to the realm of time travel. Cultural and demographic shifts do not go receding easily back into some rose-tinged vision of the past simply because they make some Trump voters angry. This revanchist resentment is deeply foreign to core American pluralist ideals. It’s profoundly at odds with our history. But, more important, it’s at odds with the coming America. The country’s future belongs to today’s group of diverse students — and they look nothing like Trump’s coalition. At least 75 percent of the country’s English-language-learner children are U.S.-born American citizens, as are 88 percent of children of immigrants. Absent a repeal of the 14th Amendment, Republicans cannot deport them en masse.

As my colleague Janie Tankard Carnock recently noted, our current challenge is not really about bridging the left’s and the right’s visions of America; it’s about asserting the rights of the future against obsessions fueled by the past. It’s about ensuring that the anxieties of older generations do not unduly damage the opportunities available to today’s young Americans.

(The 74: Williams: Trump and Schools — and the Lasting Damage to How Kids View Democracy)

Conservatives ought to be cautious in their own self-certainty. The country isn’t going to get less diverse. From 2002 to 2014, the number of English-language learners grew particularly dramatically in Trump Country: South Carolina (a 437 percent increase), North Dakota (211 percent), Kentucky (209 percent), Mississippi (192 percent), Kansas (154 percent) and Arkansas (136 percent). If progressives are living out our days of reckoning today, it will be conservatives’ turn tomorrow. If Republicans can’t find a way to escape the image that their party’s leader has presented to these young, diverse children, they’ll reap bitter fruit at the ballot box when those kids become voters.

Rees: Congress Acted Quickly to Pass the Stimulus. Now It Needs to Make Sure the Education Funding Goes Where It’s Needed Most

Curriculum Case Study: How One District Tackled 38% Reading Proficiency With Content-Rich Curriculum — ‘It Feels as Though the Ship Has Turned’

Student Voice: Caged In and Zoomed Out, I’m Dreaming of Getting Dirt Under My Fingernails and Learning Again in a Non-Virtual World

Whitmire: The Wave of Higher Ed Shutdowns Threatens American’s Progress in Getting Low-Income, First-Generation Students to and Through College