Wicks: Americans’ Commitment to Democracy Is Strong — and Civics Education Is the People’s Choice for Making Our Democracy Even Stronger 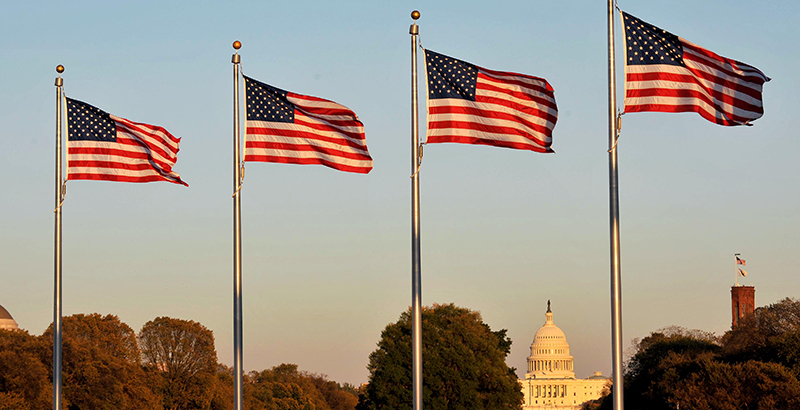 As the school year begins, encouraging data emerges from a recent report by the Democracy Project, a joint effort of the George W. Bush Institute, Freedom House, and the Penn Biden Center. The survey, which examined Americans’ views on our democracy, reveals a strong bent toward improving civics education. The findings are a welcome boost as a debate continues to roll across the nation about the health of our institutions.

When asked how to strengthen our democracy, respondents were given 11 strategies to consider. The top choice, with 89 percent of those polled in agreement, is to “Ensure that schools make civic education a bigger part of the curriculum.” Another top choice, at 81 percent, is to “Provide incentives for all young people in America to do some kind of public service, like military, teaching, or volunteer work.”

These results come just two years after an Annenberg Public Policy Center survey found that only 26 percent of Americans can name all three branches of government, a significant decline from previous years. Similarly, the Pew Research Center found that voter turnout in 2016 was at a 20-year low. What’s more, public trust in government is now at only 18 percent, near historic lows.

Against that backdrop, the results from the Democracy Project are certainly a step in the right direction. But it also is true that civics education in America remains uneven, despite the Schoolhouse Rock ditties that Gen X Americans still recall from Saturday mornings spent watching cartoons with an entertaining side of civics. Each state approaches the task with varying degrees of rigor and content.

As Elizabeth Mann Levesque of the Brookings Institution writes, the Six Proven Practices for Effective Civic Learning framework is close to an expert consensus on what high-quality learning looks like. This framework aims to teach students three main themes.

First, facts about democracy and the U.S. government; second, how government works at the local, state, and federal levels; and third, how to personally participate in our democracy as a citizen. Strong civics education includes learning in the classroom and learning through service and volunteerism, and most states have room to improve on what they deliver to students.

Today, the combination of extreme political polarization, a news free-for-all that bursts the bulwark of traditional media and expert analysis, and a decline in civics education means that American democracy might be in real danger. The Democracy Project report backs this up: Over two-thirds of Democrats, Republicans, and Independents feel very or somewhat concerned about the current state of American democracy.

Our democracy is imperfect, to be sure, and the equality of citizens that so struck de Tocqueville in his seminal Democracy in America was really about the equality of white men. But the sentiment that he witnessed was revolutionary for the time — the idea that personal liberty and freedom are essential for all. America’s implementation of this idea has been inconsistent and painful, something the Democracy Project report reflects in the respondents’ concerns.

But that implementation has always trended upward, toward a more perfect union as envisioned in our Constitution. We have our representative democracy — and the courage of many citizens speaking up at home and serving overseas — to thank for that.

The unusual power of America’s democracy was seen on the world stage Jan. 20, 2017, when the United States inaugurated a new president after one of the most contentious and draining elections in our country’s history. And yet, despite all the damage and vitriol, former presidents and first ladies (one of whom had just lost that bruising election) gathered in Washington, D.C., for the peaceful ceremonial transfer of power. No coup, no violence; the ceremony simply followed protocol. To Americans, what we watched was expected. To many around the world, our peaceful presidential transition was hard to fathom.

Contrast that January day with Zimbabwe’s recent presidential election. The results were challenged by the opposition party, resulting in the arrest of its leader, violence, and chaos. This election, the first after the harsh 40-year rule of its former leader, had been promised to be fair and free.

In the words of fictional President Andrew Shepherd in The American President, “America isn’t easy. America is advanced citizenship.” It is a messy, complex business to genuinely put into practice the ideals of the Constitution and the Bill of Rights.

It means that we must respect the rights of fellow citizens with whom we vehemently disagree. It means we must engage, show up, and vote. Most of all, we must understand how our system works. It means we must appeal to the “better angels of our nature,” as our 16th president, Abraham Lincoln, implored in his second inaugural address.

Civics education matters for this simple reason: It is difficult to expect people to value or participate in what they do not know. Ensuring that Americans understand why our democratic system came to be and how it works — both systemically and personally — matters. Ensuring that Americans understand the realities of daily life for people in countries without liberty and freedom matters. That knowledge will strengthen our democracy and the example it sets for the watching world.