Whitmore: In Our Resource-Rich Country, 4 Million Students Have No Access to Music Education. We’re Working to Change That 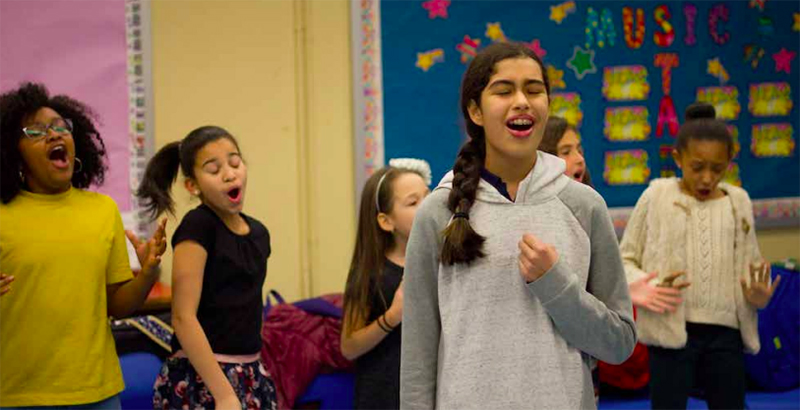 You may know this story if you are a parent, or you may recall it from your youth. Sometimes, you just don’t want to go to school.

My kids brought this complaint to me on many occasions. The reasons were myriad: I’m not ready with a paper; I have tests all day; I’m bored; I’m tired. I’ll admit, I had those complaints too. Sometimes I played sick. Sometimes my mom had to push me out the door and onto the school bus.

When I was young, my father worked for the military and we moved a lot. As an introverted young boy and teen, I had a really hard time adjusting to school after school. Then, one day, at my Yuma, Arizona, public middle school, everything changed for me. The choir teacher welcomed me into the class and asked me to accompany dozens of middle schoolers on the piano. I was so thankful my parents had encouraged me to take piano lessons. I walked out of that choir rehearsal with lots of new friends who identified with me because I had made music for and with them that day. And I wanted to go back every day for more.

At every school I enrolled in after that, I repeated the strategy — go to the music wing of the school, tell the music teacher I played instruments and sang, and enroll in music classes.

Why do I share this story? Because it’s hard to be a kid today. The pressure to perform academically, be tested a lot, be scrutinized by your teachers and peers, in school and after, in person and online, is relentless. In the United States public school system today, there are more than 50 million young people. And in our resource-rich country, where federal and state laws require access to the arts, nearly 4 million students have no access to music. Even more striking, of those 4 million kids, 3 million are in Title I, underserved schools. The schools where kids and families need assistance for lots of things, including a wholesome lunch.

When I visit public schools as part of my gig at the Grammy Music Education Coalition, I regularly ask the students, “Would you like more music in school?” There’s a resounding “yes” that comes back.

Of course, math, science, language arts, technology and every other required subject matter area is important. But when students have more access to music, the arts, athletics and all the things they love, everything gets better. Researchers at Northwestern University have offered up substantial and compelling research on how music and auditory training change the biology of the brain, bestowing benefits that last a lifetime. For adolescents, all it takes is five or more hours per week of active music-making for two or more years.

This is why the Recording Academy and our 70-plus affiliate organizations created the organization I currently lead, the Grammy Music Education Coalition. We in our collective work have a singular goal: universal music education participation by American public school students. 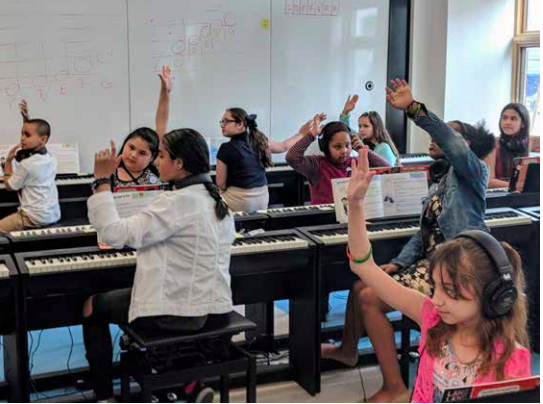 In the coalition’s inaugural districtwide investments, the School District of Philadelphia and Metro Nashville Public Schools, we serve more than 200,000 students, and that number will grow annually as enrollment in music education classes increases and as new school systems are added. There are also modest ongoing investments supported by Coalition Founders Circle members HARMAN International and Wells Fargo Foundation in NYC’s Community School District 5 in Harlem.

Our $1 million investment in each of the inaugural districts is driven by a mutually acknowledged school system plan for music instruction that has a goal of increasing enrollment. For example, in the first grant year, the city and school district of Philadelphia and the coalition are focused on music business, contemporary music and modern band. In Nashville, the district requested and the coalition has funded the first full-time music educator coaches to support the teacher corps and help stem teacher attrition.

Imagine if every American public school student had access to music in school every day. With a great teacher and some musical nourishment at home and school, we can create the next generation of young people who have a broad range of skills, think more creatively and critically, feel better about most everything they do, and can change our country and the world for the collective good.