Whitmire—Why Question 2 Lost in Massachusetts: The Better the Charter, the Bigger the Threat 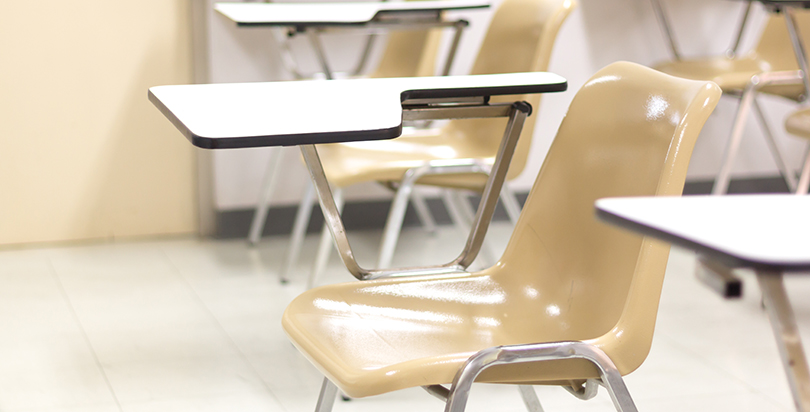 A lot of people across the country are left scratching their heads this week over the results in Massachusetts — a 60–40 blowout — as voters there decided to prevent the best charter schools in the country from expanding.
Did the voters not hear about the research showing just how good these schools are? Did they not understand that the very best of these charters completely level the achievement gap between white/Asian students and black/Hispanic students? Aren’t we supposed to be nurturing and growing great schools?
But that may be the wrong way to view this result.
All the advocates, politicians and columnists (myself included) who spent months pointing to the excellent track record of these Boston charters probably missed the point: Those schools got intensely targeted by the unions months in advance because they are so good.
This odd phenomenon is something I came across while researching my new book on top charter schools, The Founders: The better the charter school, the bigger the threat.
To anyone new to the toxic world of education politics, that probably sounds like upside-down logic.
To make sense of it all, you have to realize that the fight in Massachusetts, and elsewhere in the country, is only partly about the issues covered in the news, like preserving union teaching jobs and recouping money lost by traditional districts when parents choose charters.
In truth, the real nut of this battle was about poverty. Or, to put it another way: Can schools make a significant positive impact on children who grow up poor?
Everyone knows of the multiple inflictions visited upon poor children. It makes the job of educators in high-poverty schools exponentially more difficult. And when those schools struggle, with students turning in math and reading scores that may fall in the single-digit range, the answer is often: This can’t be fixed.
As long as the poverty argument holds up, educators don’t get blamed. Which means a lot of educators have a lot at stake in maintaining that underlying logic.
And that’s where top charters stir up all kinds of problems for those educators, especially the best-in-the-nation charters found in Boston.
When a charter operator such as Brooke Charter Schools, which serves a poor and minority student population, turns its students into scholars who rival the white and Asian students attending amply funded public schools in the suburbs along the Route 128 corridor, the question has to be asked: If Brooke can do it, why not others?
Good question, and it appears that multiple charter schools in Boston are doing nearly as well as Brooke.
If these charters can do it, why not the public schools? Attempts to explain away the performance differences usually turn into finger-pointing squabbles, with traditional educators arguing that the poor kids in charters are “better” than their poor kids.
But here’s where things get even stickier. The more researchers dip into this question, the more they conclude that really smart teaching and an exacting curriculum actually account for the difference. Want to know how Brooke succeeds? Watch it free of charge, on video. Open to all takers.
Again, if Brooke can do it and offer its “secret sauce” via video, why can’t other schools achieve the same?
To some, that’s a dangerous question.
In Massachusetts I got a taste of that threat when reporting a story on the beginnings of the campaign to raise the charter cap. I arrived on the scene four months in advance of the actual vote, but soon realized I was late.
My reporting noted that the Massachusetts Teachers Association was already rolling up one town council after another, raising fears of financial ruin if charters were allowed to expand. Just one example: On April 14, MTA President Barbara Madeloni appeared before the Easthampton City Democratic Committee to warn of growing school budget losses. Just 12 days later, the Easthampton City Council voted 7–0 against raising the cap on charters.
The two takeaways from that meeting were, first, the MTA had a formidable ground game that was already running smoothly. Second, the union had settled on a shrewd tactic of keeping the focus on money rather than school quality.
That strategy was implemented across the state, with more than 200 school committees voting against raising the cap. The result was a sea of “Vote No” yard signs even in the wealthy Boston suburbs unaffected by charter schools.
But there’s more. Keep in mind, all this played out in Easthampton a full seven months before the referendum — before anyone even knew that a legislative stalemate would lead to a referendum.
That told me something even more important: This was a measure of the threat presented by high-performing charters. No surprise, then, that the national unions, the NEA and AFT, poured so much money into the Massachusetts ballot question.
Lose the poverty argument, lose everything.
Will the Massachusetts moratorium on charters spread to other states? It already has. Unions can afford to lose some union teaching jobs. Superintendents can afford to lose a few seats to charters. But neither can afford to lose the poverty argument. That risks losing everything.
The better the charter, the bigger the threat.
Submit a Letter to the Editor
November 9, 2016