With the new academic year already hindered by COVID infections and closures, a new hurdle has emerged. A month of extreme weather has disrupted back-to-school across the country, with closures affecting more than 1.1 million students.

More than 45,000 students in Louisiana alone are expected to be out of school until October because of lingering problems caused by Hurricane Ida, which made landfall Aug. 29.

These 29 New Orleans schools have not been cleared to reopen because of damage from Hurricane Ida. Some are even switching to virtual learning until they can reopen.

On Wednesday, Dr. Brumley met with community leaders to assess Hurricane Ida's damage to Terrebonne and Lafourche Parish schools, among the hardest hit by the storm. #LaEd pic.twitter.com/nwCwsMWAzm

Remnants of the storm also battered districts in Maryland, Pennsylvania and New Jersey with flooding and tornadoes. Additionally, rising temperatures coupled with inadequate air conditioning have closed hundreds of districts around the country.

“Unfortunately, these horrific wildfires and other natural disasters have become our new normal as a result of the effects of climate change,” California State Superintendent of Public Instruction Tony Thurmond said in a news release Sept. 3.

The frequency and intensity of the natural disasters shuttering schools are in part due to climate change.

“Ida is an unnatural disaster, at least in part,” Jason West, a professor of environmental engineering at the University of North Carolina Gillings School of Global Public Health tweeted on Aug. 29. “Climate change makes it stronger, sea level rise makes it more damaging.”

Here’s how America’s schools and students are faring as climate change fans the flames of extreme weather. 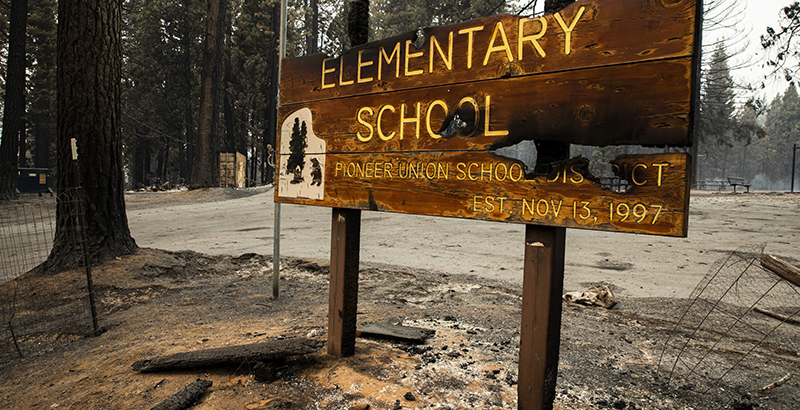 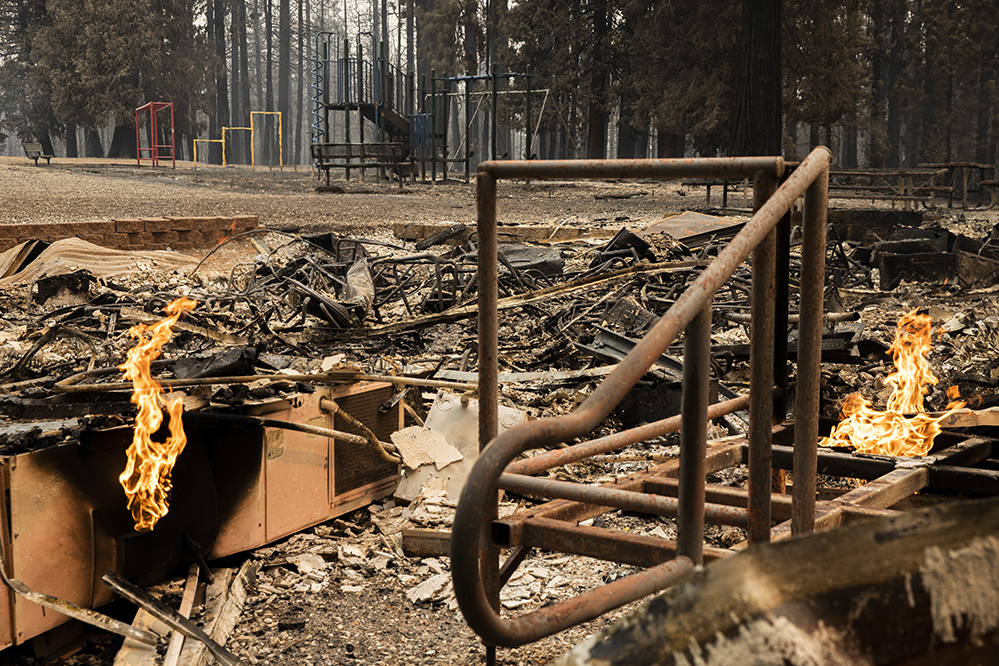 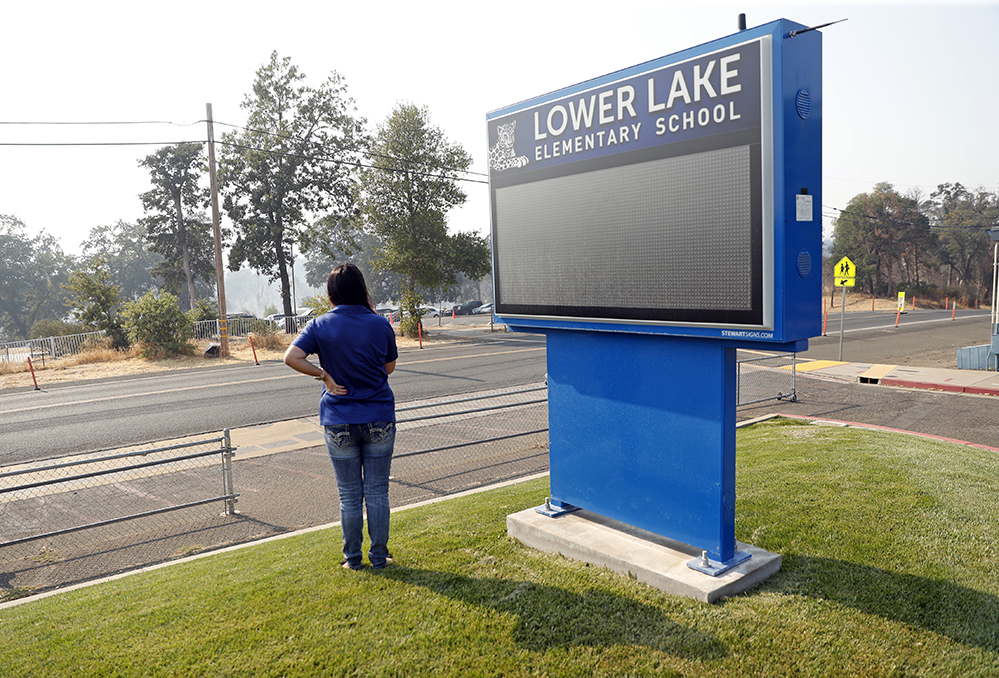 Most dangerous #AirQuality measured in #Reno since current records began in 1999.
Nearly all schools in Washoe County Nevada, which serves 67,000 students, closed again today due to air quality. https://t.co/ZygT3YTyfr

The day after the recall, @GavinNewsom is discussing government & civics with students at a school in Oakland.

He asks students the most important issues they believe need to be addressed. They say #1 climate change, #2 healthcare, #3 homelessness pic.twitter.com/nYRqdeZ0q4

Meanwhile, some Louisiana districts were forced to shut down because of flooding and other damage from Hurricane Ida. In St. Charles Parish, for example, the storm damaged every district school site. Schools there are still closed until further notice. 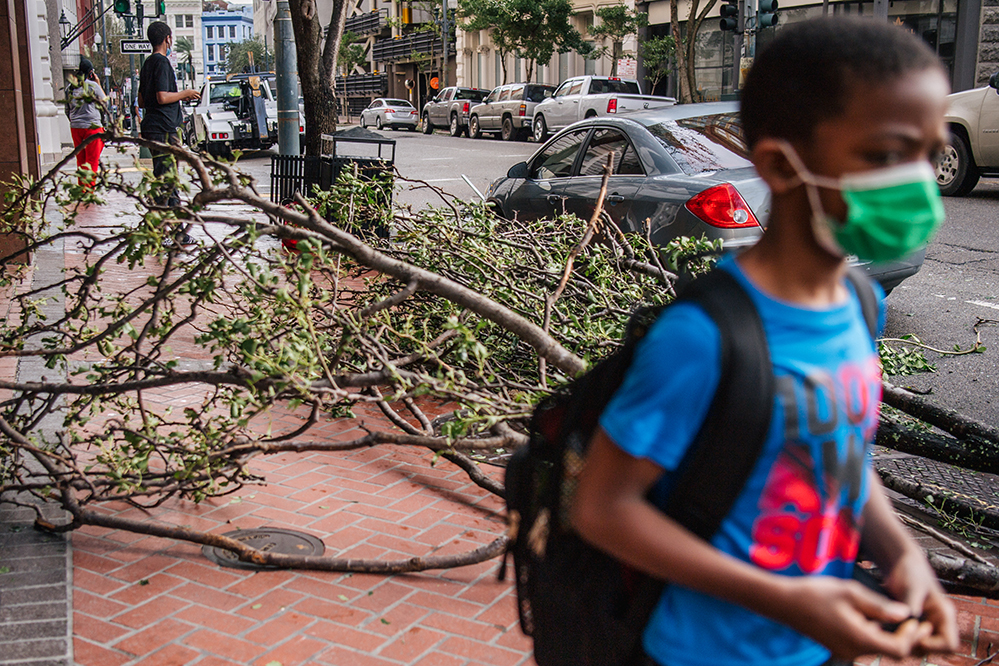 Some of the damage Hurricane Ida brought through Louisiana on Aug. 30. (Brandon Bell / Getty Images)

Hurricane Ida destroyed school facilities in in St. Charles Parish, making it difficult for officials to estimate when students will return to school.

Damage to facilities and the lack of power makes virtual learning almost impossible.https://t.co/QTtN5zp9E6

So many schools in SELA suffered major damage from Ida, but these photos hurt my heart seeing the South Terrebonne gym and school in this condition.

East-coast campuses felt the aftermath of Ida when tornadoes touched down. An Edgewater, Maryland, high school lost its football stadium to the high speed winds.

And here’s the football stadium at South River High School after a tornado touchdown. Just heartbroken for this community and these students. #IdaAftermath pic.twitter.com/O58COkkSWv

Heavy rains from the deadly and destructive category 4 hurricane flooded campuses and trapped school buses, too. One bus in Pennsylvania was in transit with 40 students and had to be rescued.

A few hours after our in person and masked 1st day back ended, an EF2 tornado rolled through the district damaging 2 schools, including the hs. No words to describe. pic.twitter.com/iQYhXEXVTT 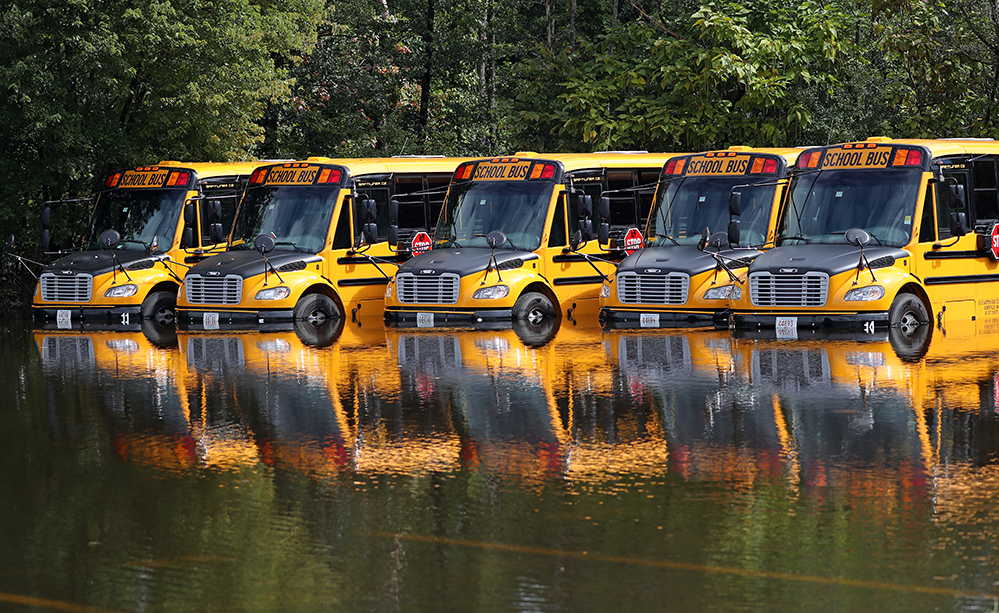 RESCUED: 40 students and the driver were freed from a school bus that became trapped in rising floodwaters in Shaler Township, Pennsylvania, as remnants of Hurricane Ida caused severe flooding. https://t.co/tKeinUkQZj pic.twitter.com/oC2Q6mcUuL

Meanwhile, schools around the country continue to struggle with heatwaves, as many do not have air conditioning.

For the third time this week, those public schools without functioning air conditioning will have an early release on Wednesday, September 15. https://t.co/Fh93jJySs6

Twenty schools in Columbus, Ohio, started the year remote because of  extreme temperatures and high humidity.

The Columbus Dispatch: All but one Columbus City school to be open Monday, as 19 closed by heat and lack of AC to join rest of district @ReporterBushhttps://t.co/7KzvQR6D4t

A New Jersey township even made masks optional from Sept. 8 to 10 because of the extreme heat and inadequate air conditioning.

@BrickSupt many schools in Brick have AC and parents were told masks optional because of heat…all schools, not just the ones without AC. I sent my son to school in a sweater today (and a mask)…not extreme heat. They made this decision last week…. pic.twitter.com/qNUP6Bs4By

Schools in Denver reverted to remote school due to record-breaking heat this month as well.

Denver public schools are closing 15+ schools today at lunch because of the heat and schools not having AC. My kids schools don't have AC and they still have to go the whole day. Makes no sense. Gonna be a scorcher. Poor kids

And hurricane season isn’t over yet: The threat of flooding continues as Nicholas, which made landfall as a Category 1 hurricane Tuesday in Texas, continues to dump rain on the Gulf Coast. The storm, which has weakened, closed schools in Texas and Louisiana Tuesday, and more trouble could be on the horizon.

school was supposed to reopen tomorrow after Hurricane Ida but it’s closed because of Hurricane Nicholas, in case you are wondering how things are going in New Orleans

WATCH — 74 EXPLAINS: HOW EXTREME WEATHER HAS DISRUPTED THE 2021 SCHOOL YEAR