We Are Still a Nation at Risk, but We Can Avert by Listening to Consumers 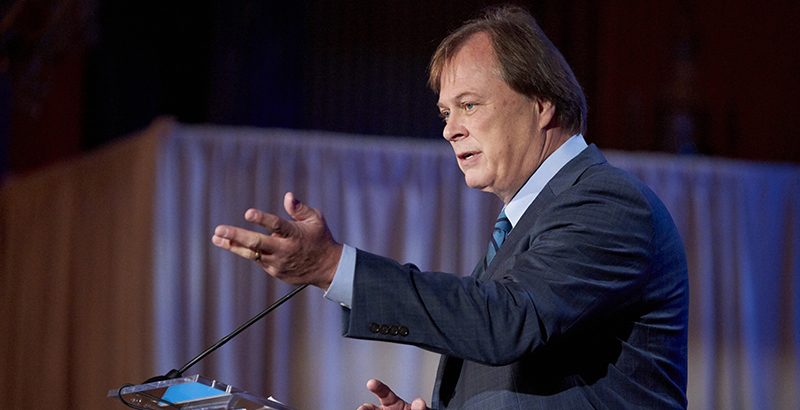 Imagining the future of higher education in America requires a degree of cognitive dissonance.

On the one hand, higher education is still our nation’s most powerful lever for social and economic mobility. College graduates outperform their peers without a degree on every measure of economic well-being and career attainment.

But on the other hand, our nation’s postsecondary system needs radical change to continue delivering on its historic promise of mobility and realized potential. Ninety percent of Americans born in the 1940s made more money than their parents; only half of today’s generation of young adults can make that claim.

In 1983, “A Nation at Risk” warned that the nation’s educational achievement rates were dangerously low and pointed to the dire economic consequences that would result if left unaddressed. At the time, the college enrollment rate of high school graduates was 53 percent.

Thirty-five years later, our country has made enormous strides in expanding access to postsecondary education. About 70 percent of high school graduates now enroll in college. And those gains in access have been felt across income levels. Enrollment rates have nearly doubled for the lowest third of earners since the report was published, rising from 34 percent then to 65 percent in 2016.

But as we’ve closed enrollment gaps across income levels, completion gaps have grown. Although low-income students born in the 1980s were far more likely to enroll in college than those born the 1970s, the graduation rate for both groups largely remains flat, at about 11 percent. At a time when a degree is fast becoming the coin of the realm in our information economy, just 14 percent of students from low-socioeconomic backgrounds earn bachelor’s degrees (compared with 60 percent of students from high-socioeconomic backgrounds).

And the data suggest that consumers of higher education are grappling with cognitive dissonance of their own. They value higher education: 97 percent of Americans believe it is important to have a certificate or degree beyond high school. But only 21 percent of those without a postsecondary credential say they are very likely to return to college to get a certificate or degree. At the same time, nearly half of working Americans feel the need for additional training and education in order to keep up with changes in the workplace.

Of equal concern: While a majority of Americans say job and career outcomes are their top motivation for attending college, only one-third of current college students feel prepared to enter the job market — and just half believe their major will lead to a good job. As it turns out, access is not equivalent to equity, and completion alone is insufficient in fulfilling higher education’s promise of social and economic mobility. We are still “A Nation at Risk.”

The good news is that consumer insights are also helping us identify scalable solutions. They’re telling us that work-related experiences like internships and apprenticeships significantly increase current student confidence and alumni success and satisfaction. Education consumers are telling us that when college coursework is relevant to their work and lives, they are more likely to believe that they received a high-quality education — and that it was worth the cost.

Against that backdrop, our nation’s colleges and universities must be ready to meet the needs of a generation of “new traditional” students who are very different from college students of the past. As the number of students forced to balance work and family obligations with their education grows, institutions are being asked to be flexible to meet their needs. Our colleges and universities must recognize that technology presents both challenges and opportunities, transforming the world of work in ways that compress the shelf life of skills — but also enabling deeper learning at an unprecedented scale.

It is no longer enough just to help as many students as possible get their foot in the door of higher education. We must build stronger pathways between education and employment throughout every step of the student life cycle, from career exploration and support through completion, to successful workforce transitions and retooling of skills throughout their working lives.

By paying attention to what consumers want and need from higher education, we can help resolve the dissonance between the strengths and weaknesses of our current system. If we listen to education consumers and each other, I’m optimistic the conversation we’ll be having in 15 years — at the 50th anniversary of “A Nation at Risk” — will tell the story of a country that continues to deliver the best educational opportunities in the world so that all citizens have clear pathways to realize their potential and succeed in work and in life.

Bill Hansen is president and CEO of Strada Education Network, a national nonprofit united to strengthen America’s pathways between education and employment. He will be participating as a panelist at the Reagan Institute Summit on Education.

Bill Hansen is president and CEO of Strada Education Network, a national nonprofit united to strengthen America’s pathways between education and employment.