Union Report: What NEA Did — and Didn’t — Do to Follow Up on Delegates’ Desires After 2018 Convention 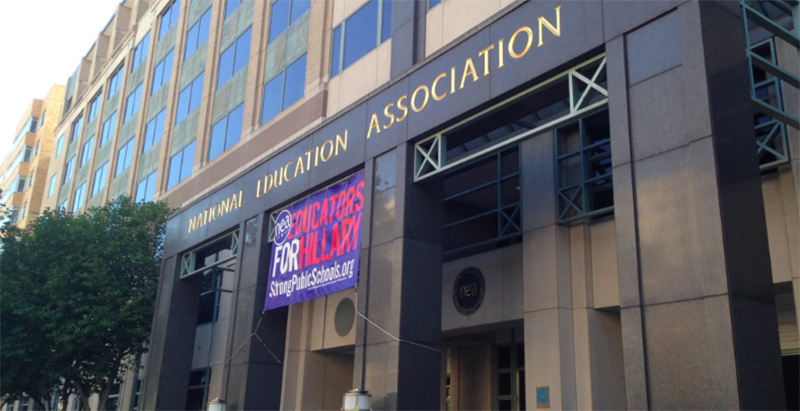 Each year, some 6,000 delegates to the National Education Association’s Representative Assembly meet for four days to approve the union’s budget and set its policies for the coming school year. NEA proudly describes the gathering as “the world’s largest democratic deliberative assembly.”

The bulk of the four-day convention is consumed by debates and votes on new business items. These are specific actions the delegates direct the national union to take during the year. Only 50 delegate signatures on a petition are required to bring new business items to the floor, so they tend to cover a wide range of topics and concerns.

Considering the amount of time spent on them, you would think the delegates would devote a lot of attention to what actions NEA actually took in response to these directions. But they don’t. The actions are compiled in a report issued the following year to the delegates, who then approve the document without debate.

I examined the implementation report for new business items introduced at the 2018 convention and highlight here a few that I think are of particular interest.

Two weeks ago, I reported that NEA New Hampshire was not sending delegates to the 2019 convention in Houston, primarily due to what it calls the city’s hostile attitude toward LGBTQ rights.

NEA chooses convention venues many years in advance, and it knew Houston might be problematic. The union claims that it investigated a change of location but could not manage one, and that representatives of Houston’s LGBTQ community encouraged the delegates to come.

At last year’s convention, delegates approved a new business item that called on NEA to “investigate developing a direct-action event to take place at the 2019 NEA RA.”

NEA reports it is “partnering with Equality Texas, Human Rights Campaign, and Texas State Teachers Association to participate in a direct-action event in Houston on the afternoon of July 3, 2019, in the Discovery Green park, directly across from the convention center.”

In addition, NEA will display a traveling exhibit commemorating the 50th anniversary of the Stonewall Riots, will have a color guard composed of LGBTQ military personnel and will feature LGBTQ singers performing the national anthem.

Not all similar LGBTQ-related items resulted in productive action. The 2018 delegates approved a new business item that directed NEA to “post a list of known individuals with businesses who are committed to refusing services to same-sex couples and/or LGBTQ individuals. NEA can access a list of these individuals and their businesses from organizations such as ThinkProgress, Southern Poverty Law Center and Human Rights Campaign, and share it with all state and local affiliates on NEA.org.”

This directive was assigned to NEA’s general counsel, who had some bad news, as quoted in the union’s implementation report:

“NEA’s Office of General Counsel conducted a comprehensive search for the list of individuals referenced in the NBI and has found no such list on existing digital media. In addition, OGC communicated with officials at ThinkProgress, Southern Poverty Law Center, Human Rights Campaign, Human Rights Watch and Open to All and has confirmed that none of those organizations maintain such a list, nor are they aware of any other organizations that compile such a list.”

One new business item directed NEA “to support a national campaign of labor action, including strike action where practicable.” NEA’s Center for Organizing did a lot of work compiling best practices for large-scale actions. The implementation report also helpfully listed all locations where the national union supported such actions:

Again, not all similar efforts fared as well. The 2018 delegates approved a new business item that directed NEA to establish a voluntary fund to support statewide work actions to which members could contribute $3 or more.

The job was assigned to the union’s Center for Organizing and Center for Innovation and Technology. The implementation report describes the amount of work necessary to meet privacy and regulatory guidelines. The fund was launched Oct. 4, with a web page and an email notification to all state affiliate presidents.

Either the word never filtered down to the rank and file, or they didn’t have much enthusiasm for the idea. “As this document went to print, $910 had been donated to the fund,” NEA reported. The union has 3 million members.

The delegates did not approve this new business item but instead referred it to the executive committee, consisting of NEA’s nine highest-ranking officers.

The new business item directed NEA “to make endorsements for political candidates at the national level through direct membership vote only.” It was prompted by the much-criticized tactics NEA used to ensure its representative bodies would endorse Hillary Clinton for the Democratic presidential nomination in 2016.

To the surprise of no one, the executive committee decided not to alter the current endorsement procedure. “Requiring political endorsements through direct membership vote would be extremely costly, as such votes would have to take place via direct mail given that we do not have non-work emails for a great many members,” reads the committee’s rationale. “But beyond the cost, such a requirement would eliminate the careful, deliberative process currently used to make endorsements.”

NEA is planning a candidate forum for this year’s convention and will use the Democratic National Committee’s debate standards for whom to invite. It could get very crowded if 18 to 21 candidates show up.

The union will probably steer clear of any internal endorsement controversy until the field is winnowed down to three or four. Then the fireworks should begin.